Please join me on a ramble of a pipe dream-

Sunday’s SLO Marathon was the completion of my 7th half marathon.  I have never run a marathon nor am I sure I want to.   When I first started running a few years ago, my naive goal was to qualify for Boston one day.  I was averaging 12:30 miles, running less than sporadically and clearly had no idea what I was talking about.    Once I did figure it out, my enthusiasm for that idea waned a little.  One because by qualifying time for me right now would be 3:35:00-   Ummm, not gonna happen.  But it was the training time that really got me; a 3 hour run on average on the weekend? Yikes!  There’s a reason I call myself Slacker Runner.  Would I love to get there someday?  Yes, but you’ve got to crawl before walking right?

So I reassessed again.  I stumbled on triathlons.  Sprint distance that is.    A sprint generally runs around a 750km swim, a 20km bike and a 5k run.   That sounded totally doable* so I said that I wanted to complete a sprint tri before I was 35.  Now, I realize that this would require just as much training as a marathon, but for some reason in my head training for 3 events makes this ok.

Now here’s where the * comes into play.    Running a 5K- easy peasy, I got that.   Biking- well I haven’t been on a real bike in probably 15 years and when I did own one I rarely rode it.  I can bust out 12 miles on the stationary bike but that is so not the same thing.   I have also never ridden a bike on a public street so that should be interesting.   Then there’s the swimming.   I was raised near a lake, so I was swimming before I was walking almost but that wasn’t real swimming.   The last time I swam laps was in 8th grade PE.  Oh and did I mention that open water swimming kind of terrifies me?   Yep, for two reasons.  One- people swimming over the top of you or just running into you and two- Jaws.   No joke.  When we went stand up paddle boarding for work last August, I admit to being a little unnerved.

So this was why I gave myself a 5 year deadline at the time.   Plenty of time to suck it up or conveniently forget it.     Over the years I came across a few local options but have yet to figure out the logistics of things.   Like swimming, how would I train?  I can’t afford the gym that has a pool and the municipal pool only has free swim during lunch hours and I work 45 minutes away.    Then there’s the biking, I don’t really want to buy anything because what if I hate it and never want to ride again?  So that means I have to try to borrow stuff?  That’s kind of awkward.   Again, a good reason for the 5 year window.

So why bring it up now?  Well that window is half over.  When the hell did that happen?  Also, wandering around the SLO expo on Saturday, a booth caught my eye.    Apparently there is a triathlon in November that is super close.  So close that I gave them the “say what!” face when they said it was the 5th year.   They admitted to poor marketing.  Which also means that it wouldn’t be too big.  Like Wildflower, which is also super close, but is insanely huge and meant for the people with real talent.   Then there’s the SLO Triathlon, which is in a pool but that’s 36 laps!

So why am I so interested in this one?  Which involves open water ocean swimming?  Because you can modify it.    You can swap the swim for a 1.5 mile kayak loop or SUP.  Really? Sweet!  So not a traditional tri per say but one this Slacker might be able to train for.    And you can rent a kayak before hand and they will truck it to the staging area on race day.   So now, I am giving myself until August 1 to see if I can train and if I can, I will register right before prices go up on 8-2. 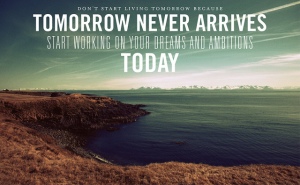 This is probably all a pipe dream but it feels good to write it down.  You gotta throw it out there right? Or should I say its good to dream 🙂

Anyone have a crazy running (or other) dream?

How has your week been?

Aren’t they pretty????
She’s 11!!?!?!?!
Found new trails yesterday.
When you’re having a crap day and can’t do anything, you throw on new running shoes and walk it out on you lunch, right???
Happy #medalmonday!!!!
Might be my slowest 6 miles ever but nothing wrong with the course!