You know those motivational images that say that no one ever regrets a workout? Yeah, that’s the one.     Lies, all lies.  I’ve regretted numerous runs.  Multiple times I forced myself out there to only to have it be a truly miserable experience.   The way Tuesday shaped up I had a feeling I was going to regret that run.

Lately, I look forward to my run in the mornings but by the time I get I off work I am usually exhausted and that enthusiasm wanes.   Tuesday was more of the same.   I so wanted to go home and sit in my comfy chair and do nothing.    But I changed and headed for the river path to get in 4-5 miles.    As I was driving there were so many things against this run.

So yeah, this was going to be awesome. 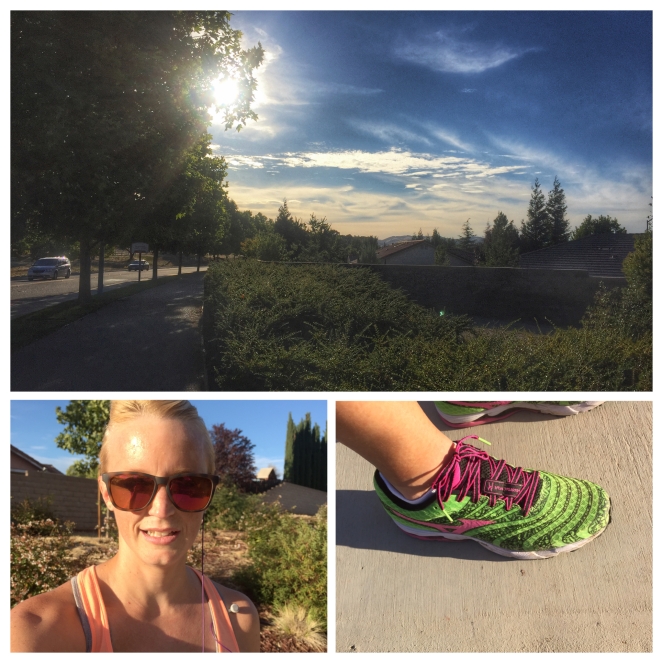 I always leave my belt in my car after running but my mom had given me a ride after Sunday’s long run and I never put it back in my car.   Same story with my headphones.    I have a box of spare running gear in my car but I don’t like them, that’s why their in the box. 😃    But I sucked it up, dug out my old Flipbelt and Yurbuds and attempted to run.   Less than a 1/4 mile in I was reminded of why I dislike those items so much.  The cord on the Yurbuds is like 4 miles long and bounces incessantly no matter how you wrap it around your belt.  Then there’s the belt.   I know everyone loves the Flipbelts but they just don’t work for me.   I realize I wear my belt super low, I mean low, so it’s partly my fault.  That just doesn’t work with the Flipbelt.   It ends up being more like the poor man’s version of a butt lift.  😄     Plus it tends to move around.

My stomach hurt so there were plenty of walk breaks and a few complete stops along the way.   I ran 2 miles completely and the rest was a mish mash of running and walking.   I was hoping I would at least hit 4 miles but my stomach hurt and then I got a little emotional so I called it at 3.74.   To get to 4 I would have had to run past my car and back and I just wasn’t up for that.

As if I didn’t already know, this run helped prove why people say runners are crazy.  Or slightly masochistic.    For all that this run had against it, it didn’t suck.   It was far from amazing but it was also far from horrible. Oddly my form felt better than it has in weeks.   Actually, those 2 miles I managed to fully run were in the low 9’s.    So yeah, it didn’t suck.  I needed that.

Ever have a run that didn’t go as poorly as you thought?