but then again, not really.    I had a post mostly formed about insecurities and doubts but I am in an oddly good mood today and don’t want to spoil it.  So, I’m gonna hold onto that one ok?

Like I said, oddly enough I am in a good mood.  Not sure why, this week feels like it has been 10 days long already, Tuesday’s run was hard on the lungs and I’ve been hollered and lectured.   But, like I said, odd good mood.  The shoe can drop later, until then let’s talk about guilty pleasures.

Pizza–  Duh, of course I was going to start here.  Wednesday has kind of turned into my cheat pizza night.   Last week, I was disappointed.  I went to the usual place but the pizza was just meh.  Kind of too saucy and not very warm.  Boo.  This week, they made up for it.   Also, when this account follows you on Twitter, it may be a sign that you talk about pizza too much-


White chocolate macadamia nut cookies–  How have I never had one before?!   You’ve probably heard me mention that we have cookie Friday for the customers at work.  We are contemplating switching bakeries, so of course we have to try them all out.  😛 Seriously, this cookie was so good! 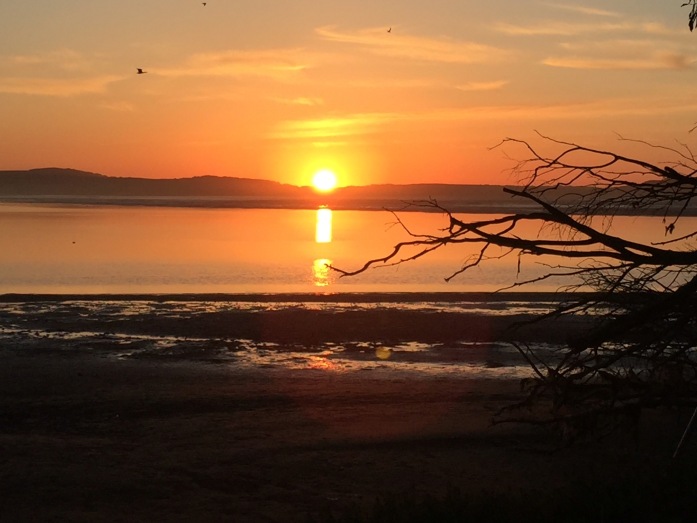 Sunsets– I mean look at this!!!!  The run might have been rough and my lungs were pissed but look at that view!    I also had a few tidal wave fears on this run but that’s not the point.  (earthquake and no birds= creepy silence). Sadly, I sometimes forget that scenes like this are right outside the door at work.  Seriously, I can see the harbor from the sidewalk.

TV– I have odd taste in TV shows.  Seriously between Teen Wolf and Downton Abbey– I think I run the gamut.  They both air on nights when I am usually trying to type up a blog post.   I spend more time staring at the tv screen than I do typing.  At least I can say I finally have somewhat of a clue as to what is going in Teen Wolf.   I was lost for like half the freakin’ season.  And I promise it’s not as cheesy as it sounds.    But let’s not talk about what else I watch right now.

Online shopping–  Seriously, I browse websites all the time.  I put things in my cart all the time.  Then I let them sit there.  I can’t remember the last time I completed a purchase.

Races– Like most of you, I want to run all the races!!!  But I procrastinate registration, partly because I am gun shy but partly because I am lazy.    But, guess who registered for Rock n Roll LA on the first day it opened?  This Slacker did!   Dude, that’s in October!  I’m running it with Ashley and Heather and it’s gonna rock!!

And I thought I had more but I’ve forgotten what they were, oops!

How has your week been?

What was your guilty pleasure?