So I started titling my weekly recaps like this back in January but took a little break during marathon training.  The weekly numbers are starting to drag on me.  I need figure out another way to do this.  Good thing it’s almost 2017!   Ouch, did I just say that?

This week saw me back on the dreadmill and it almost broke me.   I don’t know if I can do that 2 nights a week until spring.   I may have to get over my mountain lion fear.  Well, and the fear of what’s hiding in the dark when you run at night.    To that end, I bought a new pair of reflective leggings this week and I am hunting down all my blinking lights.   I think I have them stashed in odd places.  My flashlight also needs new batteries.  Who said running was a cheap sport? 😛

Monday-2.3 miles  The plan called for an easy 30 minute recovery run.  Oh man, my calves were stiff.   I walked more than I would have liked which meant I barely hit 3 miles in 30 minutes.  Ouch.   At least I was able to enjoy the view. 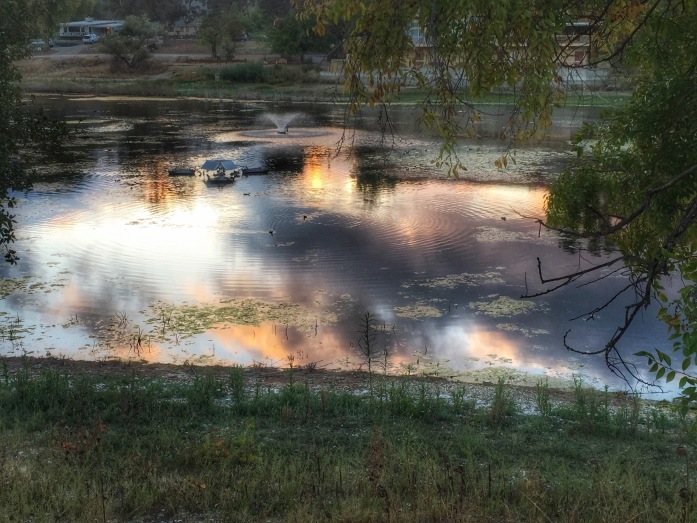 Tuesday- Rest I spent some time with my foam roller but probably not enough.   I can’t remember if I did anything else. 😛 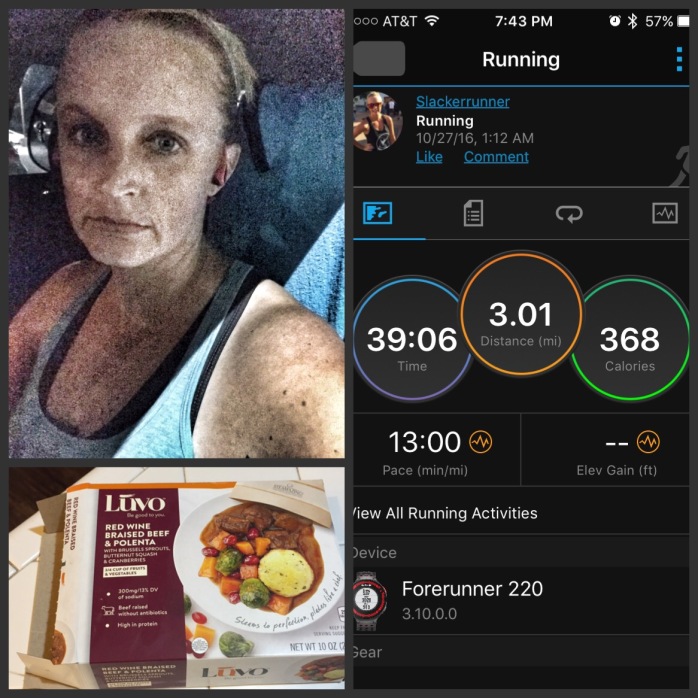 Wednesday- 4 miles  Son of a treadmill.  The plan was for a 7 mile run- some warm up and cool down with mile repeats at half marathon pace.  Ha!   I hate treadmills but I was trying to be optimistic.   I couldn’t even pull off one mile at pace.  My calves were tight and would not loosen up. I paused the treadmill so many times to try and stretch them out.   At one point, I stretched so long the damn treadmill reset itself.  I finally decided that I was doing more harm than good and called it.  I was still pissed though so I cranked the incline to 7 and power walked it out.  Things finally loosened up.   So what, all my treadmill dates this winter will power walking at an incline?

Thursday- Rest  I was still feeling sore from the day before so not much happened.  I planned on jumping on the bike for a few miles but I didn’t.  Oops.

Saturday- Rest  Oops.   I was supposed to do a 20-30 minute shakeout run.  This also would have worked great with the Alzheimer’s Walk that I was supposed to participate in and yet neither happened.  I took my car in for some tire work and planned on doing the shakeout run then except they moved at lightning pace and I did not have time.    After a few errands, I headed to pick up my packet for the Harvest Half.   I was nervous.  This is the first time in 4 years that I haven’t volunteered to work it and it was the first time in 6 years that I was running it again.   I ran the 5k years ago.   This was also my first race with BibRave so I a little anxious.

They moved the expo into town this year and livened it up with a few vendor booths, some live music and a dinner in the park.   I have to give them points for effort.  There were only 2 vendors- Costco and a local gym.   The tri tip smelled amazing though.  I headed home to eat dinner and try to get a decent night’s sleep.

Sunday- Harvest Half  To be continued…but ouch.

Any tips on making the treadmill less miserable?