As much fun as last week’s trail race was, it took me much longer to recover from it than I had thought I would need.  I was walking funny for days.   I ended up taking an extra rest day last week and only running 3 days.  But there was a very unhappy twinge from my left shin area that I’ve learned that ignoring it can lead to bad things.  Another day off was the better option. 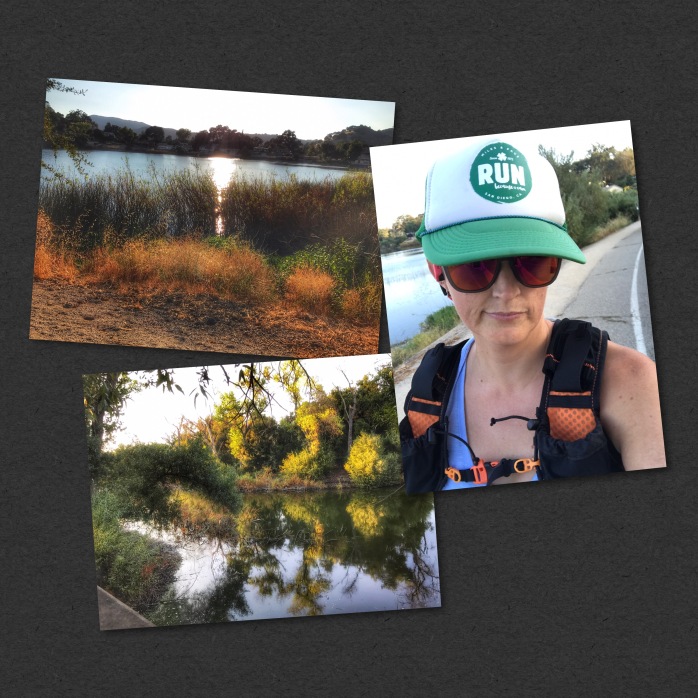 Monday- 2.3 miles  Ha!  I could barely walk straight but I was hoping that I could try to run it out.   I managed 2 laps of the lake but it was more a hobble-walk-tiny jog.  I still felt so stiff and sore, my legs just weren’t working right.

Tuesday- Rest  And flats again to work.  Still had trouble getting on and off my stool. 😛

Wednesday- Rest  I was moving better so I planned on trying a run after work.   I even changed.    Once in my car, I had one of my OCD moments where I forgot something very important so I jumped out of the car and ran back to check.  Pain shot up my lower left leg.  Enough to make me doubt the intelligence of a run.  I debated it on the drive back to home town.  I ultimately decided to play it safe and decided not to run.

Thursday- 3.1 miles  I was definitely moving better and the odd leg pain hadn’t reappeared so I set out for an easy run after work.   I was back to following doc’s orders of taking it easy so I went back to 1 minute run/ 1 minute walk.    I was sluggish but overall I felt ok.  I just kept it nice and easy.  I also had a vanity moment where I tried to save a good hair day while running but it drove me nuts and only lasted a mile.  😛

Friday- Rest  This day was odd as we said goodbye to my boss after 3 years.    So now, we’ll see what happens next.

Saturday- 8ish miles I planned on running my long run on Sunday so I decided to sleep in and catch up on some things.   I ended up spending the day shopping in SLO with my mother.  Not exactly catching up on rest but fun.  Once I got home I randomly decided there was just enough time left in the day to get in my long run.  So I changed and took my car across town. 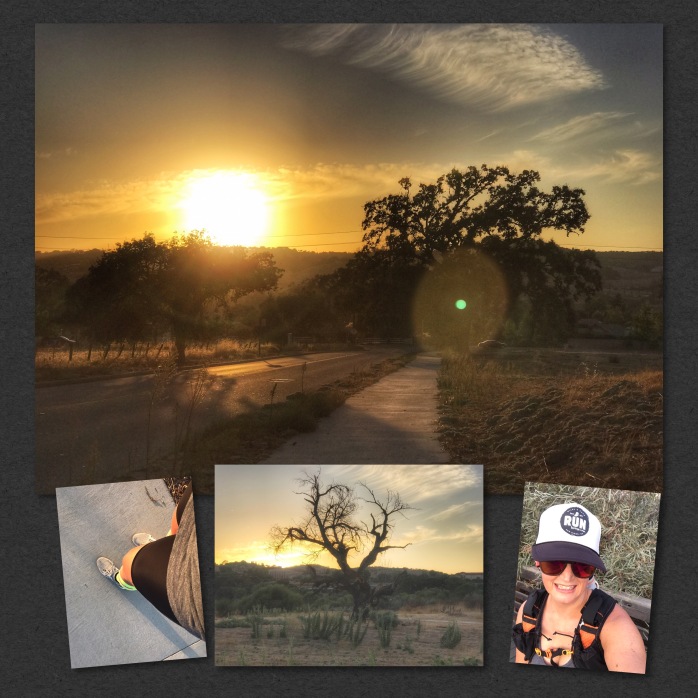 I was under hydrated and not properly fueled but this was surprisingly one of my best long runs in months.    I stuck to my 1 run/ 1 walk intervals and just trucked on.   I was probably running too fast as my pace wasn’t too far off my typical long runs.    It all felt pretty good though.  The only irritations were accidentally hitting the lap button halfway through and then completely stopping the watch when some girls shrieked in the riverbed.   Turns out they were just trying to carry a piece of driftwood out and dropped it.   Well, they freaked me out!

Sunday- Rest  I thought about running.  I did.   My leg was a little ache-y.  I was a little tired.   I took the parents to the movies.  When my dad mentions in passing that he wants to see a movie in the actual theater, I will make it happen.   We saw American Assassin.   Then I was in a popcorn coma and ended up taking a nap.  Oops!

13.7 miles for the week.  I miss the miles of that missed run but I know my leg was a little angry after the race.  So, maybe don’t run mountains after 2 months of lackluster training months?  Haha.  🤣

How was your week? Do anything fun?

Longest it’s taken you to recover from a shorter race?