I volunteered for a race years before I ever thought of running one.   I worked a water table 3 years before I started running.  Back then this race was USATF certified and sanctioned so I can say I have actually seen elite runners up close.    They had no need of the water we were providing.   But it was fun watching them fly while we froze.   Seriously, for being September, I remember freezing the first 2 years.   Year 3, my station was at a different mile marker and was in complete sun.  So much nicer.  It was also in front of a grocery store.   I went in and bought all of us volunteers donuts.    So yes, the runners had to see us eating donuts.    🙂

Then I started running.   So now I was the person grabbing a cup of water from someone with cold hands.    After a year of not volunteering, I shifted to working the registration/ packet pick up table the day before the race.    I gained a new found respect for anyone who works one of those.  Particularly when it comes to t-shirt sizes.     Now I think it’s funny but that first year I thought I was going to lose my mind.   I’ve done that for 3 years now and I look forward to it every year.

But I haven’t given up water tables.  The last 2 years I worked a water table with my mom and her tennis team at another local race.    This race hosts a marathon, half marathon and 5K and our station was on the marathon course.    So it was a very dark and cold early morning.    Then, I was lucky enough to be a SLO ambassador for 2 years so I was given the chance to work on my social media skills.   It was fun but let’s be honest- Twitter still confuses me- I just can’t keep up!  Which makes this new role a little nerve wracking.

Say hello to the Harvest Marathon, owner of those early morning marathon water stations.    It’s a scenic race through winding back roads with vineyards lining the way.   There are some hills but what better way to train for Heartbreak Hill, right?   The proceeds of the race benefit local youth athletic programs.    I took these shots at last year’s water station- 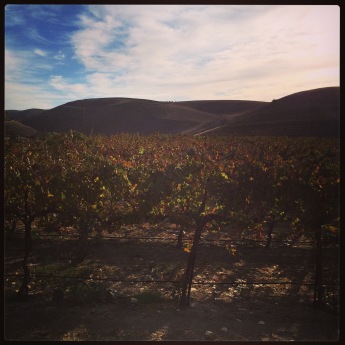 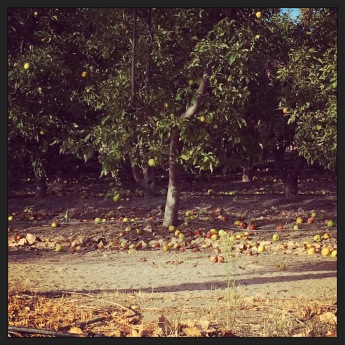 What am I doing?   Social media, of course.  But not as Slacker Runner.   As the Harvest Marathon.    Eeek!!!  I am torn between “muahaha” and “holy crap”.    That’s a lot of responsibility.    And I feel slightly odd when I (Slacker Runner) shares my (Harvest Marathon) posts.  🙂   Right now I am trying to grow their following but not post excessively.  So, I am posting twice a week right now.     I would like to step up to 3 but I want it to be natural.     I have some plans for future posts, I just need the time to make it happen.   I am trying to work on an Instagram as well.

So here are my questions.  Do you follow races on social media?  What types of posts do you like to see from them?    What would catch your attention as a runner?     Any suggestions on managing media?   I now have 3 Facebook feeds and 2 Twitter feeds.  Hootsuite isn’t letting me integrate the 2 profiles.  Grrr.   Any thoughts?

Have you ever volunteered for a race before? How?