Ok, I lied, you get the training recap before the race recap.  Oops.

It’s coming, really!  It’s never taken me this long to write a race recap before but maybe that’s because my brain checked out last week.  I was so tired and just couldn’t figure out why or seem to catch up on my sleep.

I had wanted to move my 20 miler up a week to this weekend as it just fit my schedule better that way but between some leg issues and the extreme tiredness I was getting the feeling that was probably not a good idea.

Monday- 2.5 miles I planned on a few shake out, easy miles to get my legs loose from the day before.  I was aiming for 3-4.   My leg had felt ok during the day at work but it quickly let me know that it was not on board with a run.  Not at all.  I was hoping it would loosen up but instead it steadily grew worse until it felt like the pain was in the bone too which alarmed me so I called it short and just headed back to the car.

Tuesday/ Wednesday- Nada  I was giving the leg a few days to see what it would do.   Working at my desk makes it very, very angry.  I’ve said it before, I’ll say it again- stand up desks are not all they are cracked up to be.

Thursday- 4.5 miles  I headed to lake path as I had a feeling that the dirt path would be more forgiving than pavement or concrete.   I started slow and kept it nice and easy.  Because spring had suddenly made an appearance and it was 80 degrees at 6 PM, going slow was not an issue.  In fact I needed a few walk breaks due to the warmth.   However those breaks pointed out that my leg was ok once in motion, it really does not the stops and starts of walk breaks.  Which is problematic as I know I will be walking part of this marathon.

Friday- Stupid For some reason I was so freakin’ tired this week… and it was making me stupid.  And slap happy.  I took a nap on my lunch but it didn’t help.  I had a feeling my long run wasn’t happening on Saturday. 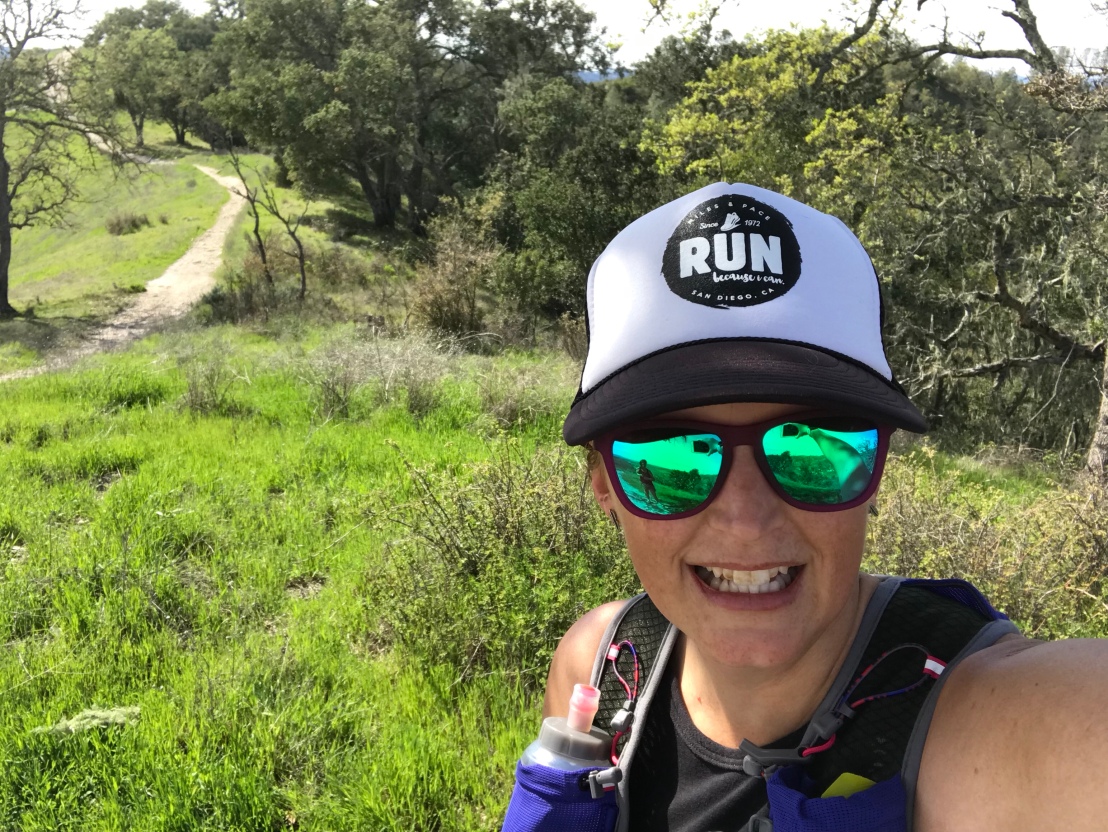 Saturday- 2.2 miles  I was still super tired and my leg was sore but this was supposed to be longer.  But we got a little lost.  My mom and headed to do a trail but the one we did a few weeks ago is closed, boo. So instead, we did the Pine Mountain loop.   It gains almost 500 feet in the first 1/2 mile or so but the path is fun with a couple of random off shoots.  Once we made our way to the top, we took one of the random off shoots thinking it would make the path longer but instead we had climb over and under some downed trees before it deposited us almost in someones front yard and on the highway.  Oops! 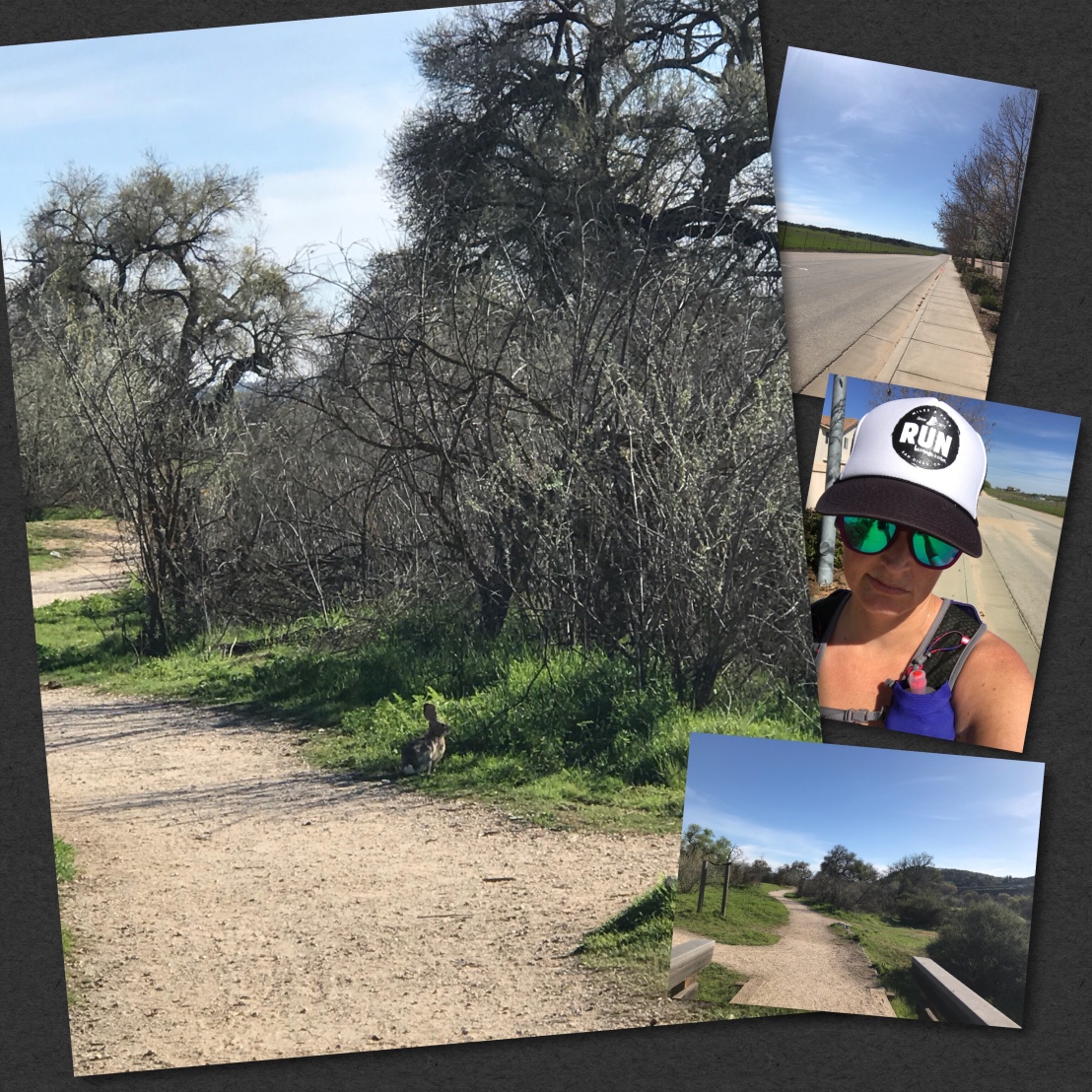 Sunday- 10 miles My leg was sore and I was still so tired, I pretty much knew that 20 wasn’t going to happen early and I was going to stick to the plan of 12.  But when my alarm went off in the morning, my head was pounding, likely due to hormones from that TOM, so I rolled over and went back to sleep.

That had me heading out for my run in the afternoon.  It was over 80.  I didn’t think it would be that bad.  And it wasn’t until mile 5 and then it was all downhill from there.  So much walking.  I was so damn warm.  I had 2 bottles of water in my pack and I drank them both.   I even took a few moments iny a lone shady spot to just try and cool off.   But no luck.  It took me so long, that I ended up only having time for 10 miles before I needed to head back for Easter Dinner.

19.23 miles for the week.  Not great but not horrible considering how my leg felt on Monday.