A part of me almost upgraded to the half during the week leading up to this race. Now, I’m so glad I didn’t.

Race morning came and my stomach was being a total asshat. Not too unusual so I just got ready like normal and hit the road. While I drove, I had some ginger mints hoping to calm my stomach.  I thought it helped.

The race was held in a combo of El Chorro Regional Park and Dairy Creek Golf Course, parking was across the highway at the community college.   It was stressed heavily that we either had to pay for parking during registration or have cash on hand on race morning.  I paid during registration.   Yet on race morning there no sign of anyone to take cash, so half the runners didn’t pay.  Grrr.  I ended up talking about it with with a couple.   I spoke with a volunteer as I left the lot, chatted with another as we waited to cross the highway.  Actually, this was the most I’ve ever talked at a race and some of the friendliest people throughout.

The start was about a mile away and I arrived in time to see the delayed start of the half marathon.   Turns out the inflatable arch had a little issue.  The 50K had started at 6:30.  I got in line to use the port-a-potties which is when I had my sad sunglasses incident.  Boo. After some announcements and the National Anthem, we were off and running. 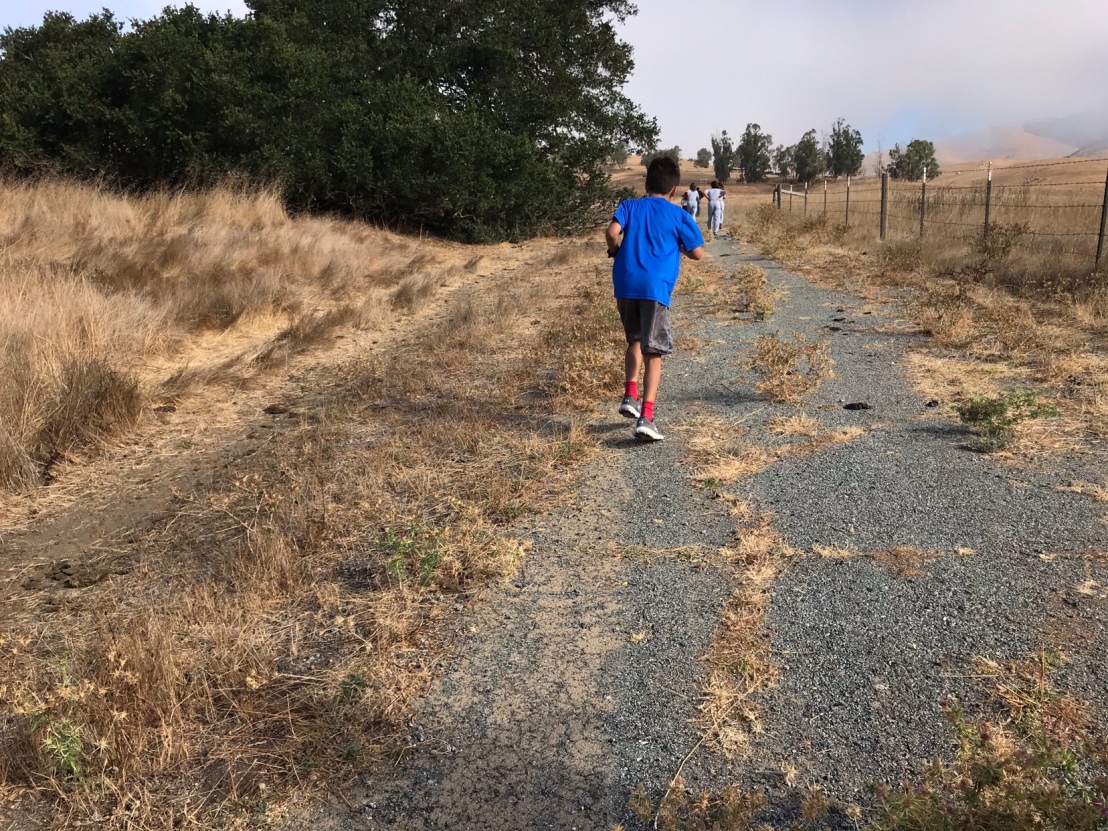 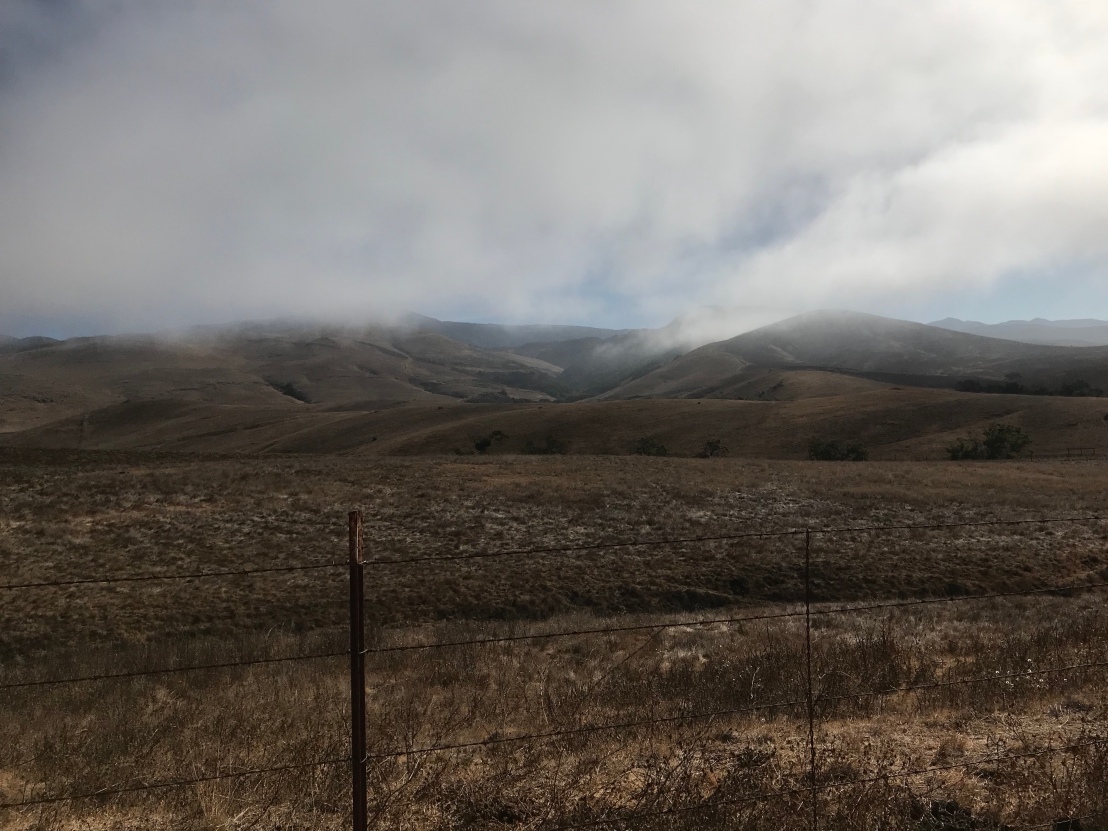 Oh, god, I’m nauseous, why am nauseous? Where did that come from? And I’m breathing like I’m sprinting but I’m not. What is going on?? The first mile wound up a back road away from the park towards a ranch. It was paved but in poor condition and you were dodging cow dung along the way. It was a tiny incline but all of this would have been fine had I not been feeling like I needed to find a bush to throw up in. I slowed to a walk about 3/4 a mile in and tried to walk it out. I wasn’t upchucking in public!

More walking. Still nauseated. The road had switched to dirt and the incline picked up a bit. Part way up the road was blocked by a gate- it wasn’t open. We had to climb over it. Single file. Surprise! I think the complete stop I came to while I waited for my turn helped a bit because I picked up the pace on the other side and ran a bit. Then walked a bit, then ran. We had a little downhill and I was able to pass a few of the people who had passed me previously. Truthfully at this point, I didn’t care. 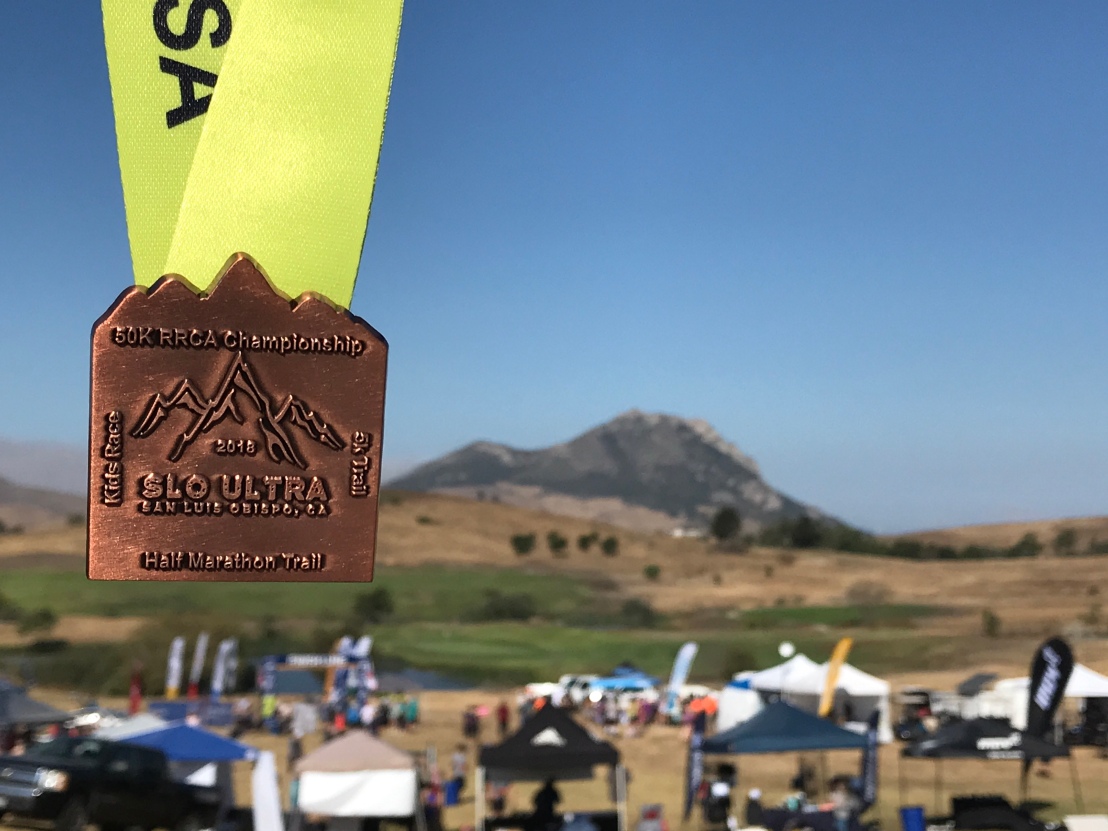 I’m still not feeling right but I just want to be done. I take water at the one aid station and hustle on. The next 1/4 mile was the “trail-iest” section of the whole race. We climbed a small hill and could see the finish line a ways off- across the golf course. My watch was already at 3 miles. Grrr. I ran past a few people (even sick, I’ll take advantage of any tiny downhill) then it was sidewalk and golf course running to the finish line.

A little boy and I had been playing leap frog for 2 miles- he’d pass me every time I’d walk. We were both powering to the finish and it’s sad that instinct is telling you to win. 😂 I pulled up and let him cross first. 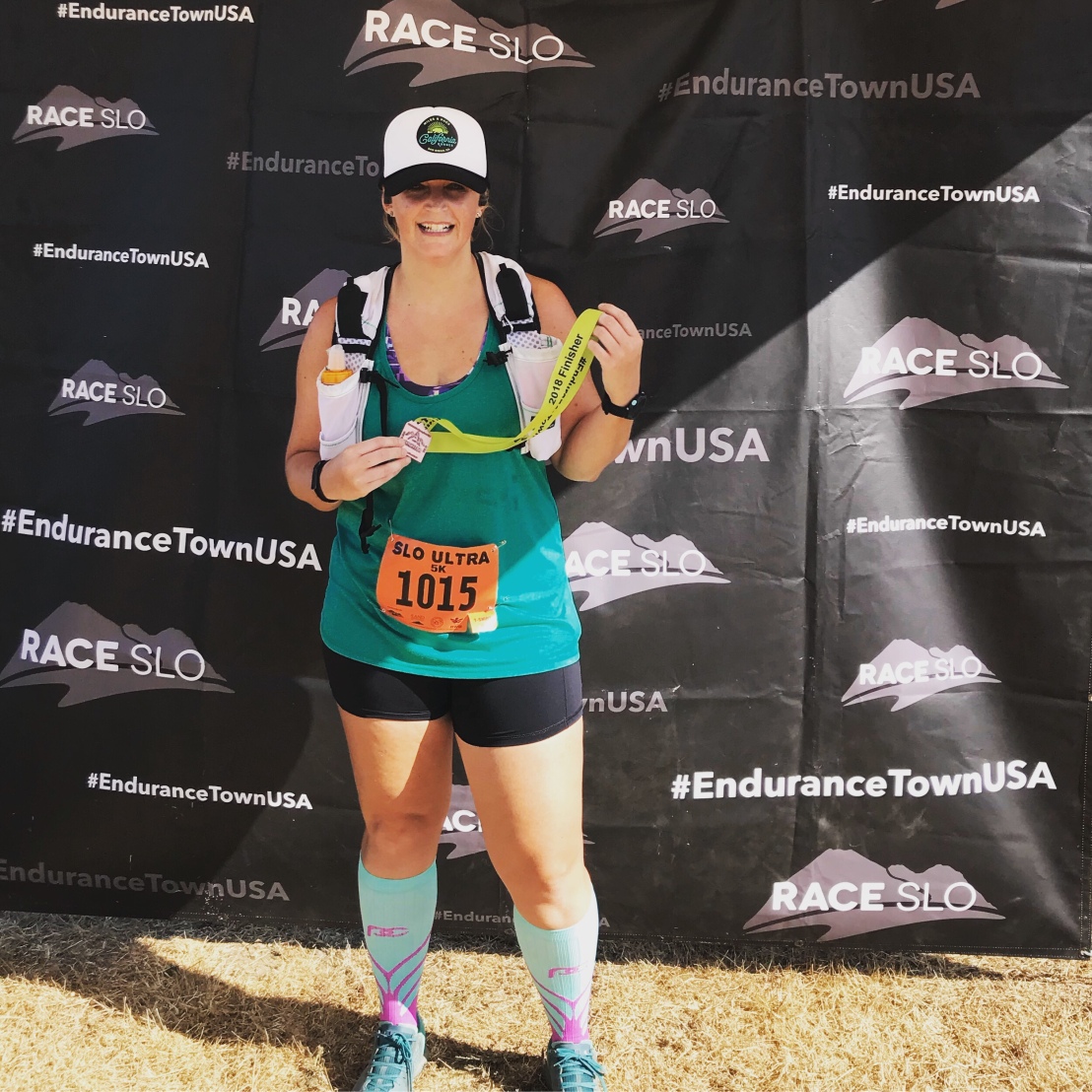 For once in the numerous times I’ve run races by this organization, water and snacks were easy to find at the finish.  Yay!   I grabbed a bag of salty chips thinking they might help with nausea.  I chatted with some other runners and we helped each other take finisher pics.  Then I started the trek back to the car.

*I am normally never one to say the course ran long; I know I suck at tangents.  However, I really couldn’t go wrong during the first 2 miles and mile 3 was more of a follow the leader with no course markings.  Plus, thanks to Strava I know that I am not the only one who measured it long.  All the public users did- so I am going to call the course long.   Doesn’t change the official pace though, it is what it is.

This wasn’t a bad race.  I really wouldn’t call it a “trail” race, I know the other distances were.  It wasn’t the great views of last year and I missed those. The organization was better than previous races and the medal is a good one.   Bling makes everything better right?😀