This week was a little over the place.  When I think back on it, it feels more like a month than just 7 days.

Monday- Rest  I woke up feeling broken.  I hurt everywhere and felt exhausted.  I felt like calling in sick but someone already had the night before so I knew I was going to work.  I dragged myself in but just felt worse as the day went on.   I made it through the day and treated myself to In N Out on the way home.  One of the few times I allow myself it is when I am not feeling well.

Tuesday- Rest I was feeling a little better but still not right.  I figured why chance it.

Wednesday- 2.5 miles I headed to lake path after work to get in a few miles.     We have been having some crazy wind and for some reason I didn’t have my Buff.  My ears were so damn cold.  I admit I turn into a big baby when my ears get cold.   I made it 2.5 miles before I called it.   Plus I was still afraid of getting sick.   With a half so close, I didn’t want to chance it.   Being sick for pretty much all of December is still giving me flashbacks.  Which is a bummer because my stride actually felt on point for that second mile.

Thursday- 4 miles I set out from work and told myself I was going to do an easy 3 mile run.  Somehow that turned into the fastest 4 miler I’ve done in 6 months.   Oops!  Maybe it was the pre-workout from Beachbody I am testing? Maybe I was just feeling good?  I don’t know.  Don’t get me wrong, I’m still way slower than I was but it’s nice to see the numbers going in the right direction.     Plus the State Park was open for the first time since Lucifer so I had to run through the Eucalyptus grove.

Friday- Rest  Same ol’ Friday except I started the day in a great mood which is rare.  It lasted until around 3 when work kicked me in the face.   Thanks.

Saturday-10 miles The plan was to run early so I could finish at the high school and meet my mom for lunch after my run and her tennis practice so I dragged myself out of bed in the morning.   A mile into my run, I was rethinking things.   I was stripping off my long sleeve because I was already hot.   I was keeping to 3/1’s but seemed to be keeping a decent long run pace.  I think- I’ve taken the pace off my watch face.   I ran into an old friend and stopped to chat for a moment.  I did 2 laps of a hill, I ran across the the bridge at what felt like a restrained pace considering how I usually sprint across it.  Pace wise and legs wise I was feeling good- however I was just past mile 5 and I knew I was going to have a  problem.  I was hot, too hot.    10 in the morning and it was pushing 75.  Which, don’t get me wrong is amazing but it came out of nowhere and I was not prepared.   I was overheating and running out of water.  I slowed to a crawl going up a hill as I tried to cool down and figure something out.   I texted my mother to see if anyone was using the high school track.  My original route took the long way to the high school but had no stores or working water fountains along the way.  The high school is the only place in town I know the water fountains work.  I finally just decided to take the shortcut to the high school, empty track or not.  I couldn’t maintain the 3/1’s anymore, I was just in survival mode.  I made it to the school, refilled my water bottle and was able to finish my run on the thankfully empty track.   I love the sun and the warmth but I was so not ready for it on this run. 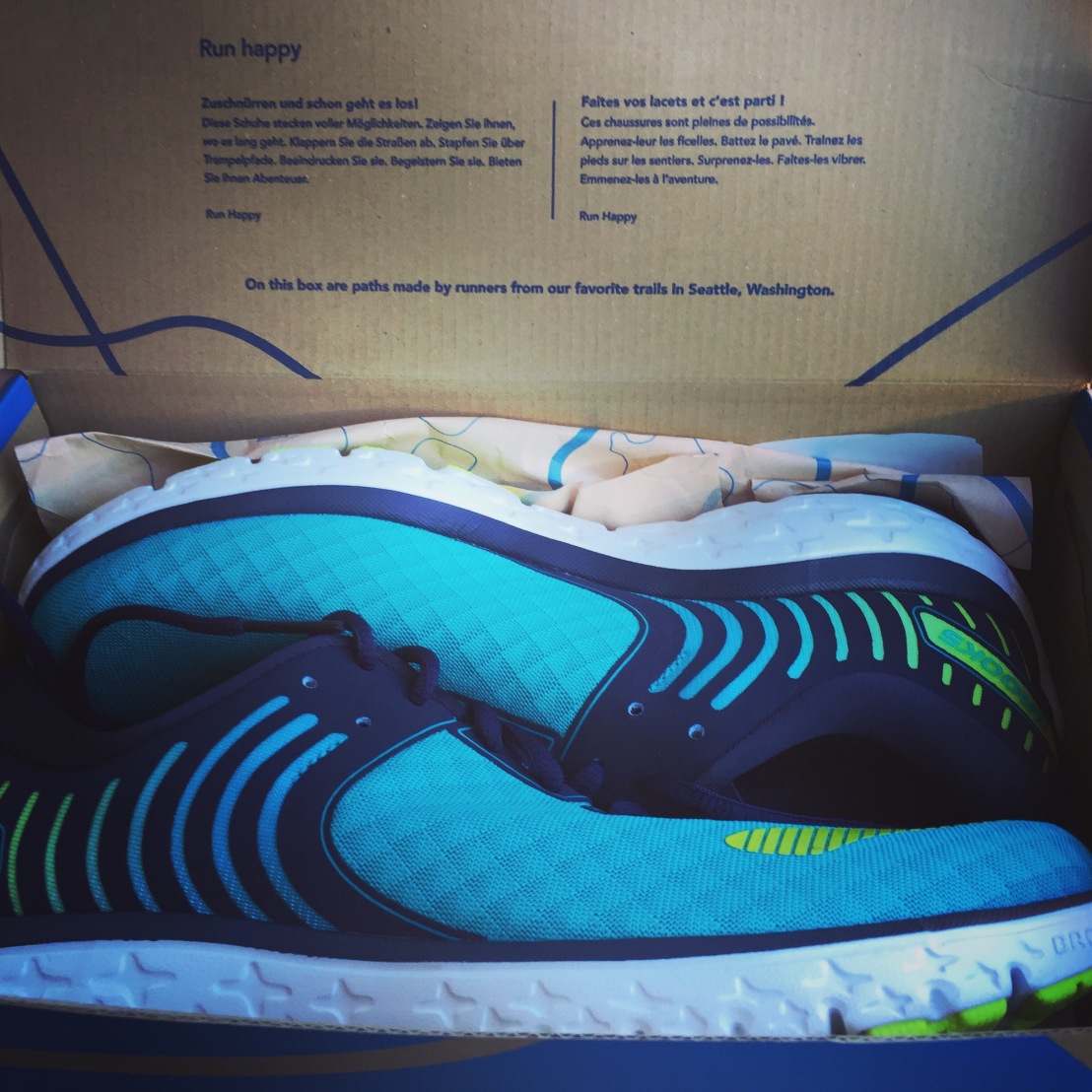 Sunday- Rest  Shopping around SLO counts as active recovery right?   Plus some foam rolling.    And I picked up some pretty new shoes, fingers crossed they work!

16.5 miles for the week.  Slowly going up.  I won’t lie, I’ve been in a running funk, I’m hoping DST gives me a good kick in the pants.  Plus I have a new or old mentality so we’ll see if that helps too.

How was your weekend weather?