Maybe I should rename these mid week rambles?  At least this one is actually going up mid-week and not on Thursday or Friday.   🙂

How is January almost over?  Seriously I need more time!

Everyone’s posting their race schedules for the year and I’m over here like I should have bought a Powerball ticket.   😅  My race account is looking pretty sad.   While I am wishing for the impossible- how about more vacation time too?

I’ve been given the opportunity to come back as a SLO Marathon ambassador for 2016!  Woo hoo!!!  More on that soon! 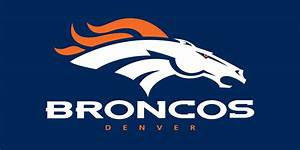 I’m not a football fan but Denver making it to the Super Bowl is making me nostalgic.   Growing up we had one of those huge satellite dishes.  You know the ones that had to move in order to watch a different station?   Anyways, for whatever reasons we only got Denver stations.   The Broncos and the Rockies were the sports teams popular in our house.  Combine that with the Broncos being my grandfather’s favorite football team and I am feeling the urge to rock some blue and orange at Surf City.  #nostalgicfan

Last Wednesday’s weird, sick feeling makes more sense now.   My last visit with my gastro resulted in a new medication to try.   New to me and him- he had never prescribed it before.  I was the guinea pig.  Oh boy.  Other than any possible warnings about driving or sleepiness, I try to avoid reading the potential side effects of a new medication.   I like to avoid any chance to think myself into a side effect and just give it a week or 2.   But I have been having some issues and felt kind of off so I read all the documentation yesterday.   I could check off more than a few boxes on the list.  The most interesting one though?  “Feeling drunk”  What?!    Once I made sure I read that right, some things from the last 2 weeks made a little more sense.  Yeah- bye bye pills.

Last week I shared that my local pizza place knows me by name.  Friday night I picked up a pizza on the way home and they told me I am their #1 customer.  Ummmm, yay?  I only ate pizza once last week by the way.

Another episode of Z Nation got me through a treadmill run tonight.  A very slow treadmill run but it’s the miles that count right?   I’ve found the only way I can run on the treadmill without any weird aches is to either run very slow or very fast.  Tonight was a slow one.  I felt kind of awkward watching a zombie show while running though.

Lastly, I’m sure most of you have heard about the dog that bandit-ed a half marathon but my mother made sure to share it to my Facebook feed today.   With a comment that the dog is faster than me.  Which is true.  I still love the story though.   ☺

Hit me with your random!

Are you watching the Super Bowl?

Anyone else remember those satellite dishes?