Focus– Finding the rails.  As you saw in my mileage post, I derailed a bit in December.

I’ve been doing some thinking and with having a goal free 2016, I decided I didn’t want my recaps to be based around race training.   The year has 52 weeks though right?  Who wants to bet on how long it will take me to lose count?   😝  That said, I still want the upcoming bigger races highlighted so I figured I would open with those as well as what I focused on during the week.   This is all new so I may be ironing out a few kinks in the next few weeks.

I worked on Saturday so I had a half day on Tuesday.   I was feeling optimistic and had wanted to try for a longer run around 8 miles at the river path.    My stomach had it’s own plans and was an asshat Monday and Tuesday.    I still wanted to try to get a few good miles though.  I headed to the lake path to see how things went.  If worse came to worst, I figured the laps of the lake would make it easier to get back to the car.   It was actually a pretty good steady run but by 4 laps in, I knew I was done.

I really could have used a run on New Year’s Eve but my gym closes super early and there was no way I could get there before work ended.  Boo.

Ok, Friday looks small but it was awesome in reality.   A local business- Moore Sports Recovery had posted about a short New Year’s Day group run led by none other than Olympic hopeful Jordan Hasay.  Hmm, really?  But I don’t mingle well with strangers, I’m so awkward.  Never fear- enter Heather of SloLuckyRuns and Ashley at Rather Be Runnin’.    Both are bloggers that I had multiple conversations with on blogs, Twitter and Instagram but not met in person.  We’d seen each other at races but never really chatted.    Where do I sign up?

The event was great.  It gathered quite the crowd for a smaller event.  Jordan started the event with a group stretch and then we all went out for the run.  It turned out to be shorter than planned but that’s ok.    I ran with Heather- she knows everyone!- and Ashley and it was awesome.   After the run, we took a tour of the recovery area, Ashley tested out some of recovery tools and we took photos with Jordan.  She was super nice and it was great meeting her.    After, Heather, Ashley and I chatted so long we were there longer than anyone else.  😄      I can’t wait to hang out with these ladies again.


Saturday was odd, I had planned on running after work but it just never happened.  I started cleaning my closet and it just grew into this huge organizational project that ended up expanding to rearranging all the bedroom furniture. 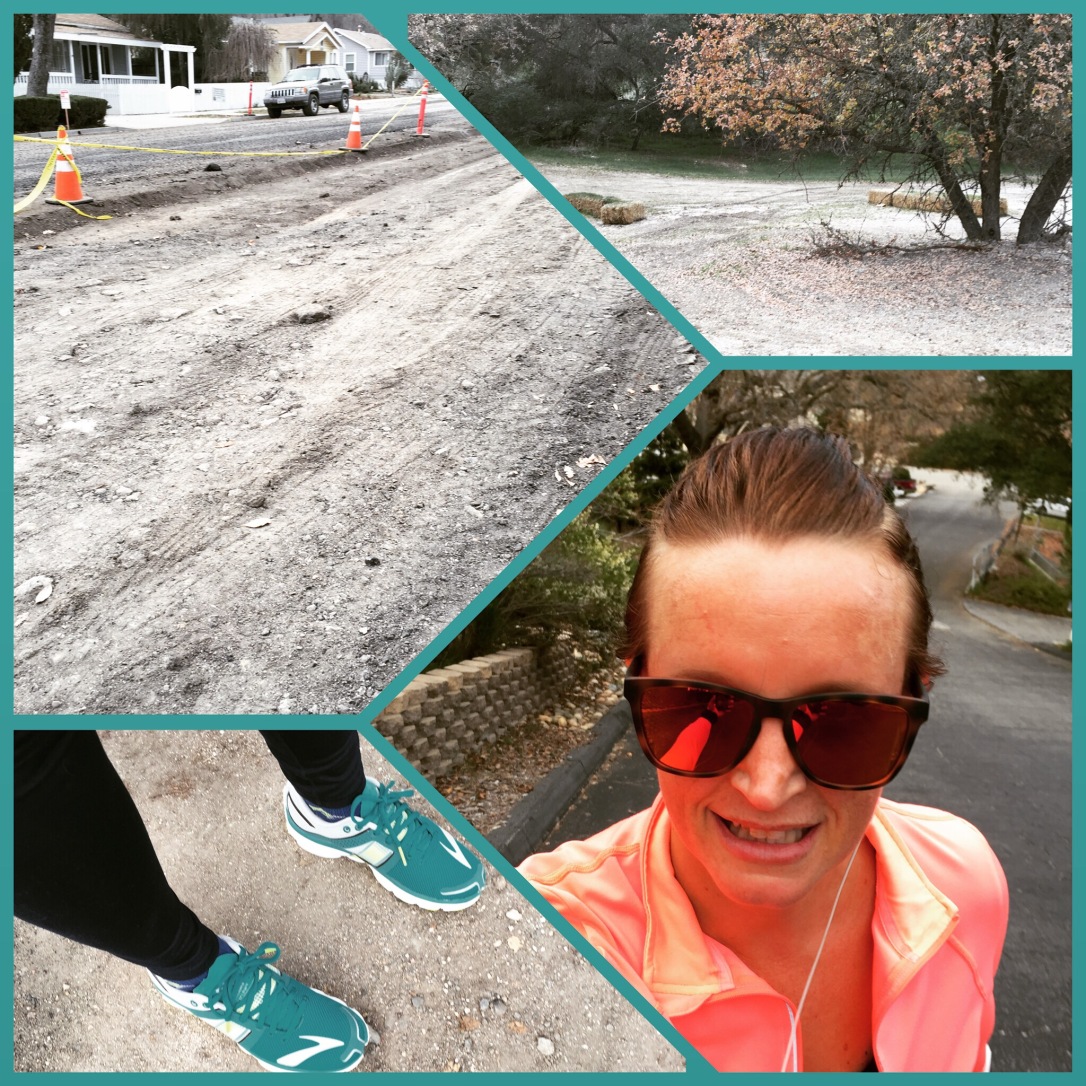 I’ve been fighting a tickle in my throat for days and Sunday morning it reared it’s head.  I’m not very surprised, people were dropping like flies last week at work.    I slept a little longer and ran some errands before heading out for a run.    The weather was perfect for a t-shirt and shorts (mid 50’s) but I bundled up in full pants and sleeves just to be on the safe side.   I knew it was going to be a slower run and again I was fine with that.    Overall, I ran 6.2 miles around an 11:00 minute pace.  Some miles were faster and some were slower.  I took fewer walk breaks than I thought I would need so I am calling it a win.

So it wasn’t a super strong week but it went a long way to getting to back on track.   I found the rails again!   Three days of running is a good start to that.   I am keeping my plans flexible for the coming week.    The first heavy El Nino storms are supposed to hit so I may be spending a lot of time on the treadmill. In the gym.   In the first week of January.    Wish me luck!

How was your New Year’s?

Did you have a good weekend?