This week was ruled by sunburns, migraines and then peeling.  Oh yay!

That said, it surprisingly wasn’t a complete wash on the workout front.   I was feeling a little adrift after the Liift4 challenge was done so I joined another challenge group but this one is less focused and you pick your own workout so I was a little slacker-like in that respect.

Monday-Rest
The sunburn from hell kept me from doing anything too active.  I wore one of my loosest dresses but even that made me cringe anytime I moved at work.

Tuesday-4.2 ish miles
I headed for the river path to get in a few miles. I really wasn’t feeling it but I told myself to just get started and see what happened.    I felt better once I got started and even threw in some tempo bits.  I guess I should say fartleks.  I was glad I didn’t bail and followed through with my run like planned.

Wednesday- 21 day Fix- upper fix
What the hell? After 8 weeks of Liift4, I figured 21 Day Fix would be a walk in the park.  People, I was sweating in the 2 minute warm up.  10 minutes in, I was like what the hell is this?????   I finished but need to reassess my fitness level. 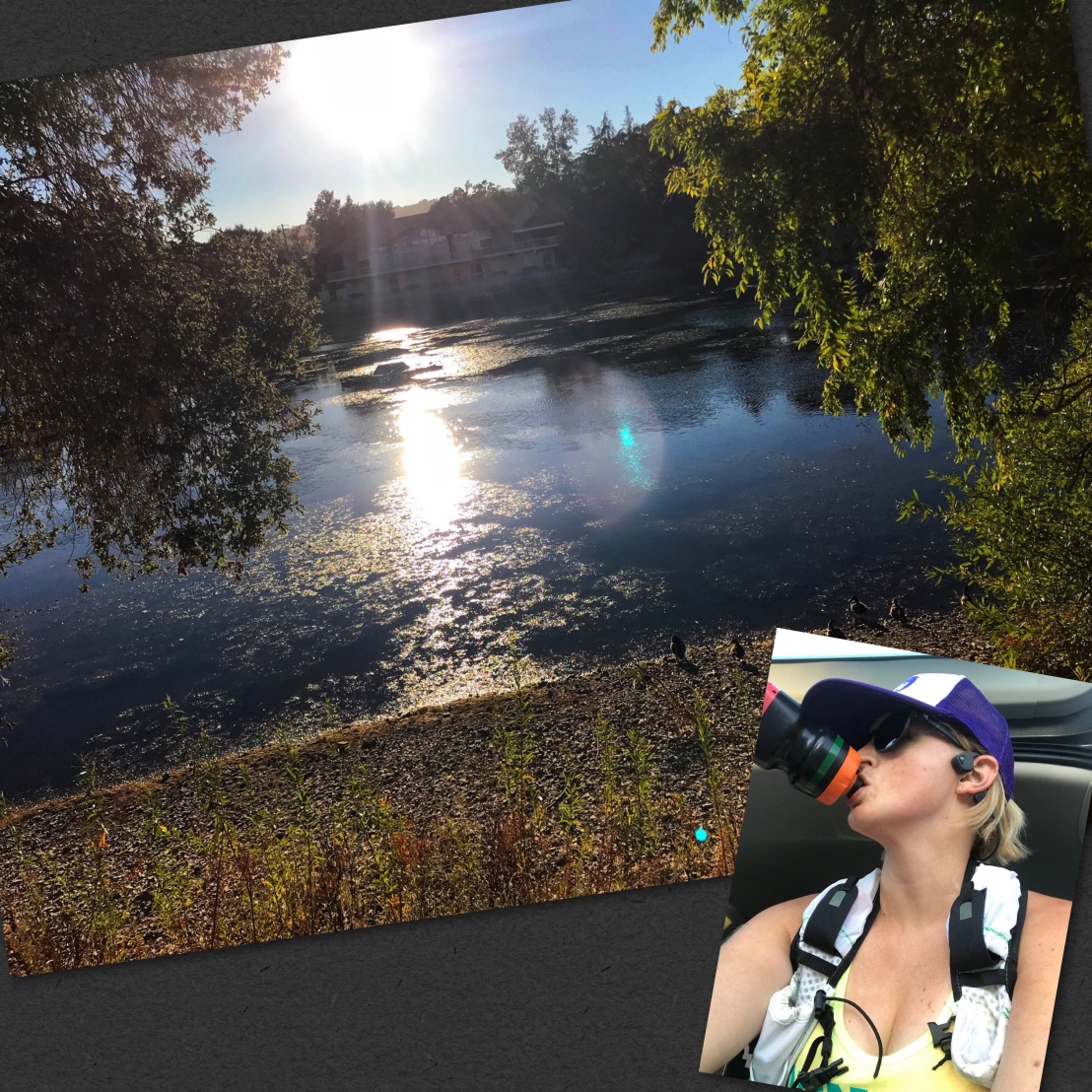 Thursday- 3.6 miles
The plan called for a 30 minute pace run.   The migraine that rolled in had other plans.   I still headed to the lake path for a few miles but I wasn’t optimistic.  The pace run didn’t happen but I did get a few easy miles around the lake.  Took a few walk breaks whenever I felt like I needed and just kept putting one foot in front of the other.

Friday- Nothing
I meant to do another 21 day fix but the migraine was still hanging around and by the time I got home after 7, I was done.

Saturday- 21 day Lower fix
I was supposed to do my long run.  I was supposed to go to my boss’s boss retirement party.  Instead I didn’t get out of bed until 10 AM and I took a 2.5 hour nap in the afternoon.  Damn migraine, you can leave anytime now.  I did manage to complete another workout in the evening though.

Sunday- 7.2 miles
I woke early to run but my head was still fuzzy and I admit when I saw the temp was 42*, I wimped out.  Where did the cold come from?? So like an idiot, I put it off until the afternoon.  Where I rode the struggle bus.  I had hoped for 10 miles but yeah no.  My headphones died just past mile 2.  My stomach cramped horribly around mile 4.  Cramped like I started walking a lot- there were no bathrooms on my route.   I had the driest mouth ever- even though I was chugging all the Gatorade.  I called it at 7 miles.

15 miles for the week and 2 cross training workouts.  Considering how I felt for most of it, I am calling that a quasi-win right now.

I so need a weekend.  Anyone else?

I am supposed to go to an event this Saturday but I kind of haven’t RSVP’d yet.  Oops?

My sunburn finally eased up late Tuesday.  It was so nice to be able sleep without having to try and stay on my stomach.  That was so not comfortable.  Plus I felt super sloth like after not exercising in 4 days.  Who am I?

A CHP followed me for 16ish miles the other day. I wasn’t doing anything wrong but it was a little nerve wracking. I did have a smart ass answer ready if he pulled me over-

“Do you know why I stopped you?”

Think it would have gone over well? Hehe.

How is it the middle of September??? Seriously?

What are you up to?

Fried.  That’s how I would describe this week.

I knew it was going to be a hectic one and I thought I planned accordingly.   But well, life.

The week was already short due to the holiday and then I was off Friday to chaperone a multi-day tennis trip for my mother’s team.    I tried to cram all I could in at work in 3 short days as well as get in all my workouts before we left. 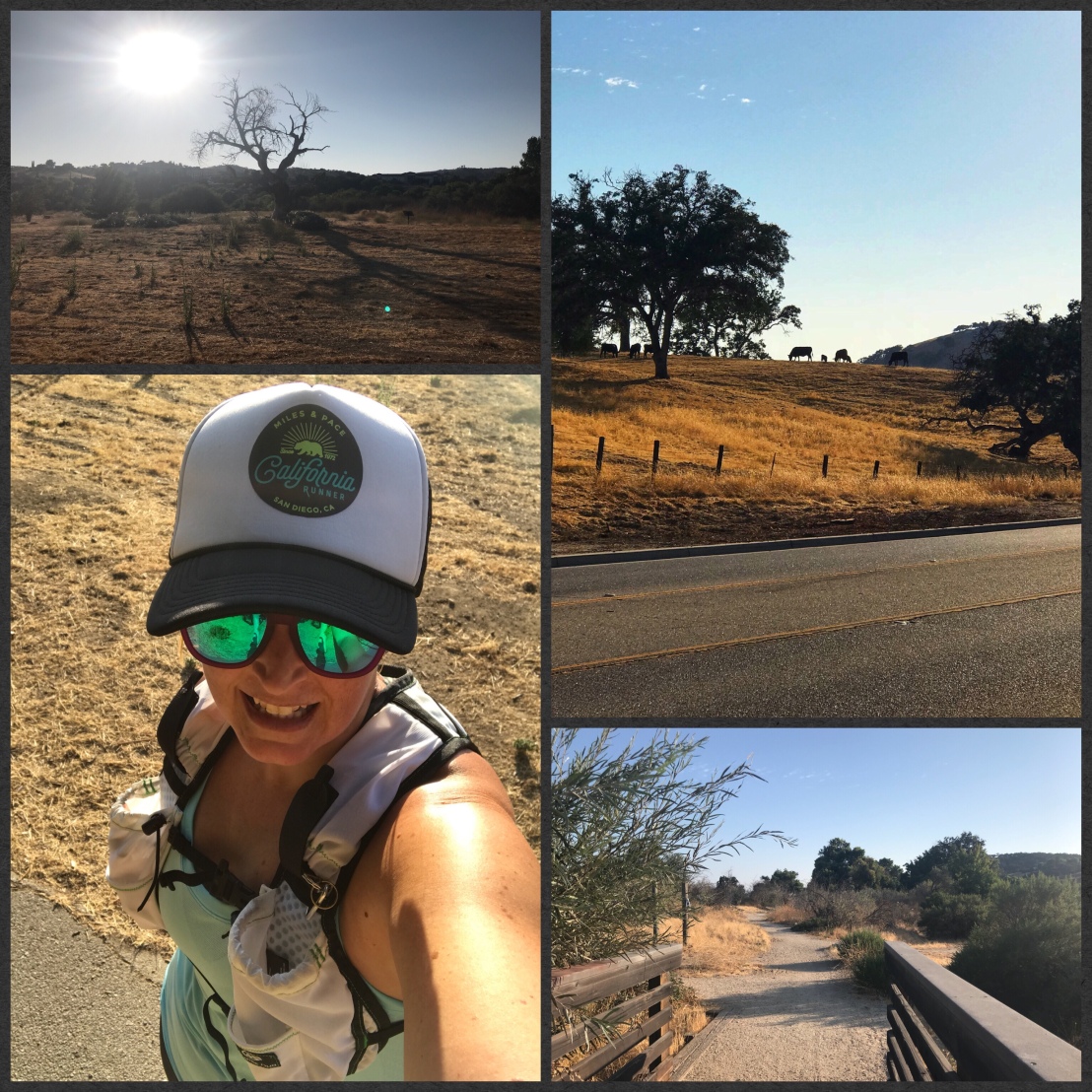 Monday- 9 miles/ Liift4
Long run on a Monday- say what?? I knew the weekend ahead was going to be super busy so with a Monday off work I thought I would get my long run out of the way.  Yet, I woke up nauseaus again.  I did a crazy Liift4 workout in the morning and debated skipping the run.  I headed out in the late afternoon for what I was sure was going to be a 4 mile slog.   Instead I somehow had the best 9 mile run that I have had in over a year.     Hell, it was the best long run I’ve had in years.  Who knew?

Tuesday- Liift4
This final week of workouts was kicking my ass.  I don’t think I’ve ever sweat this much in my life.

Wednesday- Rest
I meant to do another Liift4 workout but my stomach was being a total asshat.  So instead I picked up some last minute supplies for the weekend trip.

Thursday- 3.75 miles
This was supposed to be longer but my legs weren’t feeling it.   This was actually slower paced than Monday’s long run too.  Way to bring me back down to earth legs.   My right hip was cranky, I really need to start doing my PT exercises again. 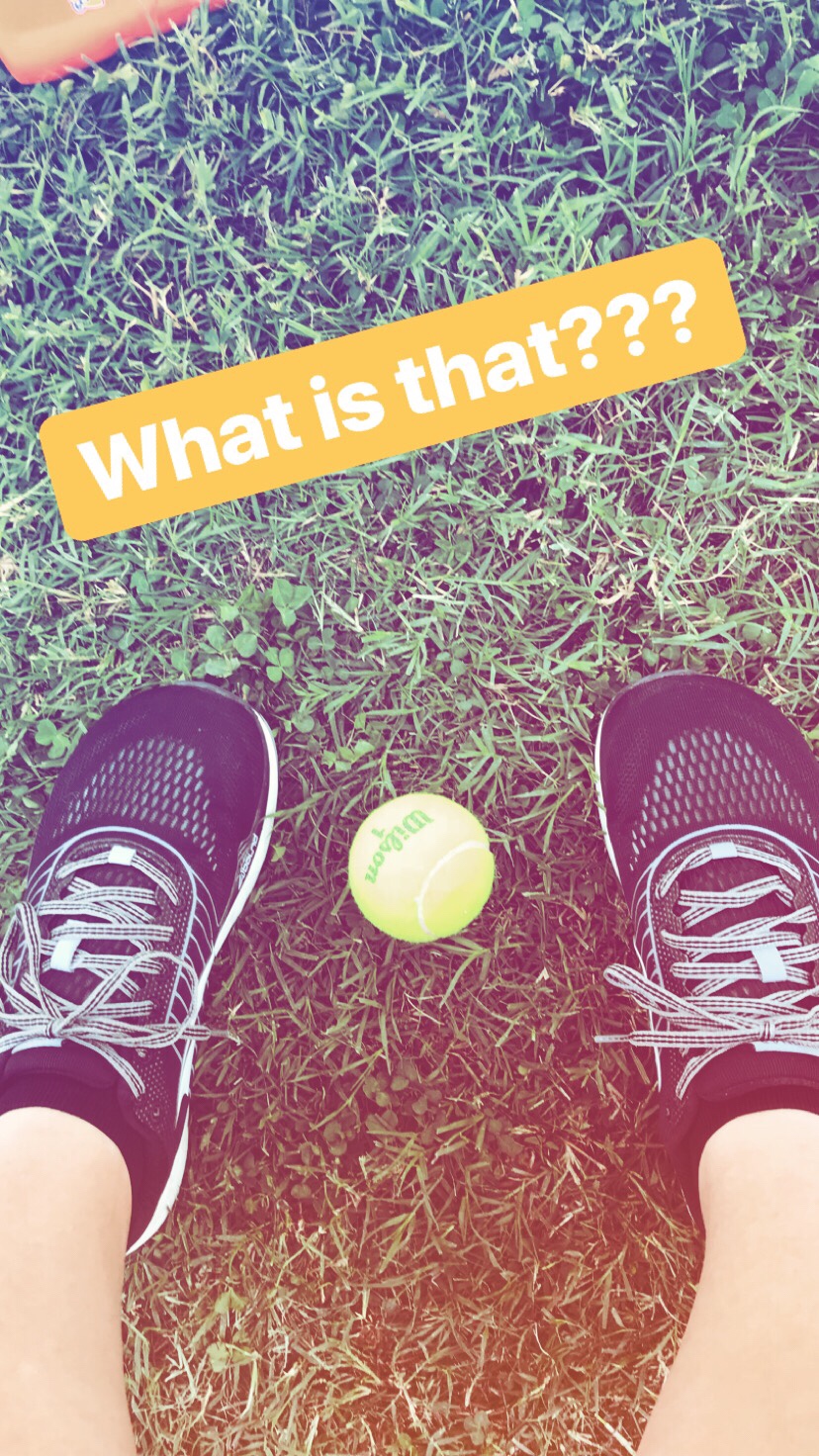 Friday/ Saturday- Tennis Road Trip
So tired, the days were long and stressful and so freakin’ hot!   I layered on sunblock, I stayed in the shade as much as possible, I wore a hat and somehow I still ended up with my worst sunburn in years.   It hurt.   By the time we got home on Saturday, I was just mentally done.  Teenagers are hard.

Sunday- Rest
This was not the plan.  I needed another 6 miles and should have completed the leg workout for Liift4.  However… the sunburn.  Owwww!  Everything hurt.  It hurt to the touch, it hurt to move, clothing hurt- there was no way I was putting a sports bra on.  Nope.

12.77 miles for the week.  Stupid sunburn!  Also the Liift4 challenge is complete even if I missed a few and I feel a little adrift.   Oops.