I love this race but man I have a short term memory when it comes to dune sand. 😝

This is my 3rd time running the 10K portion of the event and I keep cracking jokes that I get slower every year. The race benefits a local high school music program and is very low frills. Which is fine by me, I am always impressed that they have their own designed bibs. Most smaller, local races use the free Road ID ones. They offer a 5k, 10k and a half marathon. All the races are out and backs. I considered running the half in lieu of my long run that week but decided against it. I am so glad I made that choice.

Packet pickup took less than 5 minutes on Friday and that included parking. 😃 I was able to get what is a decent nights sleep for me pre-race- 6 hours- but that was only because the race had a late start. The races started at 10. 10? This is California! I have never had a race start that late. Most half marathons start at 7 or earlier, 10K’s around 8. If you’re really lucky, a 5K may start at 9. Maybe. I have troubles fueling properly on a normal basis, how the hell do I fuel for a late 10K? I know that beach races are dictated by the tides though so this must have been the best option. It was ridiculously cold when we first got to the high school so I was optimistic it would stay that way. After a fitness warm-up, the presenting of the flag, the Pledge of Allegiance and National Anthem, we lined up and were off! 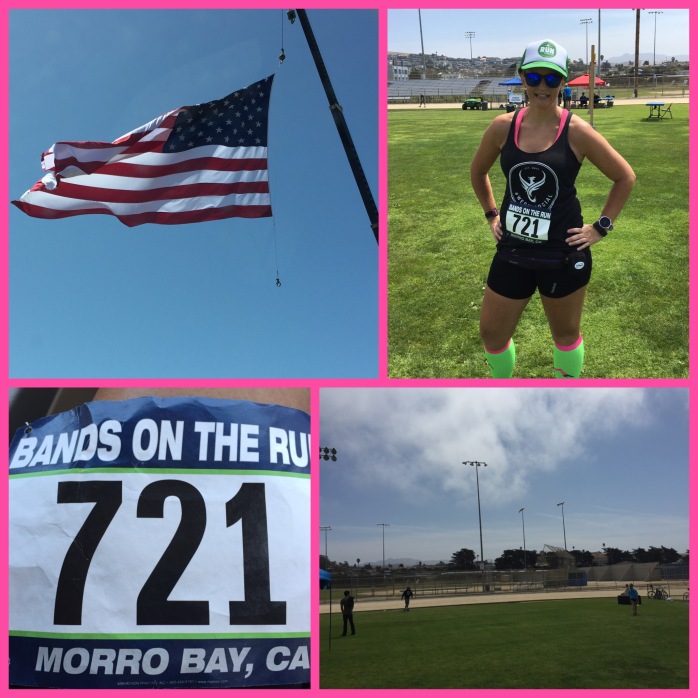 Mile 1 takes you around the track out the parking lot into the cypress tunnel trail and down to the beach. Since I was running this in place of the week’s tempo, I was perfectly content with mile 1. I also don’t think I could PR this course if I tried. 😝 Just before you exit the cypress tunnel to hit the beach you run through the drum line which is always awesome. Then mile 2 starts. And I pretty much came to a standstill. I’ve run 6 races on the beach but I still have no idea how to run over soft dune sand. I just keep sinking. I swear one of these times I am just going to take my shoes off and carry them. I tried to bring my pace back down once on the hard pack but the damage was done.

I was tiring and that was not cool. I wasn’t even halfway, what was going on? I also noticed that there were more rocks and pebbles and things on the beach, then I realized how far up the beach we were. This was not low tide. We had to cross some rocks to get to the turn around point. Little rocks but they were still wet. The half marathoners were scrambling over big rocks as they kept going. To my untrained eye, it seemed like the tide was coming in but I had to have been wrong. How were the half marathoners going to come back?! Once at the turn around, I knew I only had 3 miles left and told myself to pick up the pace. Except I couldn’t seem to find another gear. The moisture in the air was aggravating my asthma but I just tried to ignore it. I just told myself to focus on running towards the rock.

Damn, I’m consistent on the dune sand. Those miles are within 1 second of each other. I hit the dune sand with a lap pace of 9:40 for mile 5. By the time I was out, I was at 10:42. I was also regretting running without my headphones as all I could hear was myself sucking wind- ha! I was hoping to pick up the pace on the last mile but I was toast. The sun had come out the last 2 miles and it felt like the temp had jumped 20 degrees. Once more through the drum line and the cypress tunnel then back around the track to the finish. I saw my mother on the sidelines and tried to muster up a smile. Some of the pictures she shot show that smile, some show some truly horrible form. 😛 My Garmin shows that I picked up the pace for the last bit but I felt like I was running in quicksand. 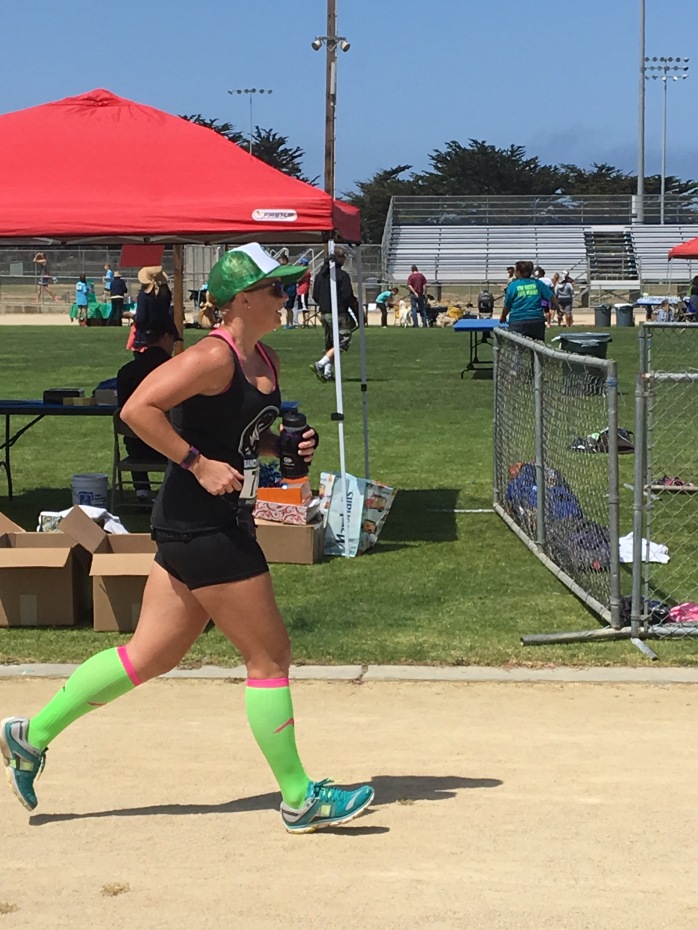 Now, if my intention was to treat it as a true tempo for marathon training, then I mostly succeeded. My overall pace was right where I needed it to be even with dune sand miles. In all honesty though, I was hoping for a better showing. I don’t even think it was my time that disappointed me, it was how hard it felt. This was only 6 miles, how on earth am I ever going to run a marathon?!

All that aside, I still love this race. Sore calves, sand in my shoes and all. I look forward to running it next year. Maybe a little faster? 😉