I feel like all I do these days is make excuses.   One of these weeks, I will type “this week was awesome!”.  But that was not this week.

My back has been acting up and my hope that my new bed would cure all has not materialized.    Boo.  Actually, I am still on the fence when it comes to the new bed.  But it’s only been 2 weeks, right?   It has to get better right?  I do feel less tired, so that’s a plus.

Ok, let’s get to the running or lack there of.  This week had a good run, a creepy run and a disaster run.

Monday- Yoga app.  Monday is a running day and I should have run but my back was pissed so I passed on the run and headed home to try and stretch out my back.  If a yoga app could get dusty, mine would be.  I chose a flexibility workout and tried to follow it the best I could.  I also used my foam roller.

Tuesday- More stretching  I still hurt more than I could ignore so another rest day it was.  Ugh, this was getting old. 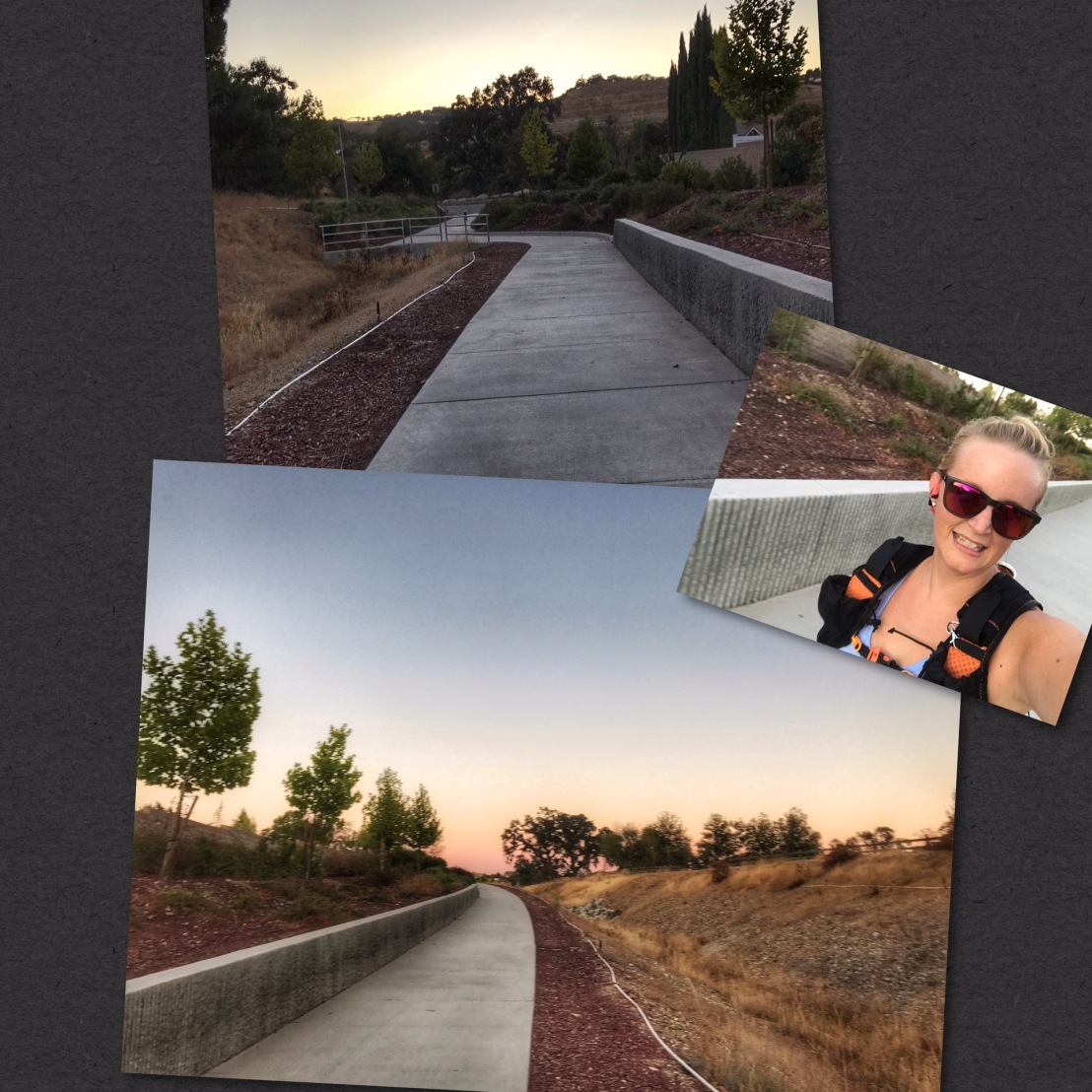 Wednesday- 4 miles The pain had downgraded to an ache so I figured I would try a run.  Honestly I thought I would only get in a mile or 2.  Imagine my surprise when I felt ok enough to keep running for 4 miles.  I was slower than molasses but I felt ok.  It was a decent run.  It was also in the 60’s for the first time.  I almost felt cold.  😛

Thursday- 1.5 miles Creeptastic run.  I knew running 2 days in a row could be pushing my back but that was not what cut this run short.   I set off and was walking my warm up when I noticed a bush on the back side of the lake.  Except that bush had never been there before.  And it seemed really boxy….and was it wearing shoes?  As I’m giving this bush the stink eye, it jumps up and tries to scare me.  Ummm, no dude.  He was full on wearing one of those camouflage bush outfits.  What? 1/2 mile later, some guy tries to preach to me.  Which normally wouldn’t seem too odd but something about him just weird-ed me out.   1/4 mile later, bush guy was in a new hiding spot. I gave him the stink eye again.  1/4 mile past that, there was a dude dressed in a black hoodie, all covered up with a large black backpack.  All right, I’m done.   Get me out of here.


Friday- Rest Being down my boss, means that Fridays will be open to close for a while.  That said, no running will be happening.  My back was feeling a little better though.  Or the migraine and dizzy spells that came with that time of the month just took precedence.

Saturday-Rest Based on how I felt Friday I knew I wasn’t running long in the morning but I had thought about making up Monday’s/Thursday’s missed miles in the afternoon.  At least until I took a nap on the floor and really pissed off my back again.  Stupid.

Sunday- 8 miles I planned on running in the morning but apparently my body had other ideas.  I vaguely remember my alarm going off and me thinking 10 more minutes sounded nice.  Then it was 9:45.  Well, crap.   Instead I set out for my long run at 3:00.   It was 82* but I figured I would be fine.  Bad idea.

Miles 1-4 weren’t bad.  I stuck to my 1 minute run/ 1 minute walk and drank water when needed.  I added a new street to the route and ran until I literally ran out out sidewalk.   It was on the way back that I started to realize I had a problem.  I really needed a bathroom! I swear I have never had to pee that bad in my life.  I knew there was a park about a mile away and I was hoping the bathrooms were open.   I got to the dog park first but the bathroom was so disgusting- I wasn’t that desperate.  There was another set across the street so I kept my fingers crossed.   Much cleaner but there were no doors for the stalls!  What?  Ok, I was that desperate.  Luckily, a nice stranger was waiting outside for her son in the men’s room so she kept watch for me.  Thank you!  But by then I was also figuring out that I was overheating.  My fingers had turned to sausages, my head was starting to hurt.    Miles 6-8 were a slow slog of just trying to take the shortest route back to my car.  Screw 10 miles, that wasn’t happening today.   Why was there no shade?!

13.58 miles for the week.  Considering my track record lately, it didn’t suck.   At this rate, I won’t hit the 20’s again marathon training.  🤣  I had better be wrong about that.

Do you have fall weather?