Just not on my feet.

Last week was the first of the big work trips and I was super nervous about it.   I was driving down to San Diego on Friday and back on Saturday.   I’d never driven that far by myself before.  I was only freaking out a little.  Ok, a fair amount.

I prepared plenty of podcasts to keep me alert- thanks Bibrave and This American Life- for some reason I can only seem to listen to podcast on long drives.  But the drives went well if not tiring.   As well as possible poor food choices.  😛

Monday- Yoga I wasn’t feeling too great so I passed on running after work and just headed home.  I did complete a yoga video later in the evening though.

Tuesday- 4.47 miles/ yoga Haha, should have paid more attention to the GPS before I stopped my watch.   I set out for a few miles and just tried to focus on how I was landing my left leg so my foot wouldn’t hurt.   I ended up re-lacing my shoe twice but overall it was a pretty decent run.

Wednesday- Yoga I meant to run, it fit my schedule better but for some reason I can’t remember I didn’t.😛 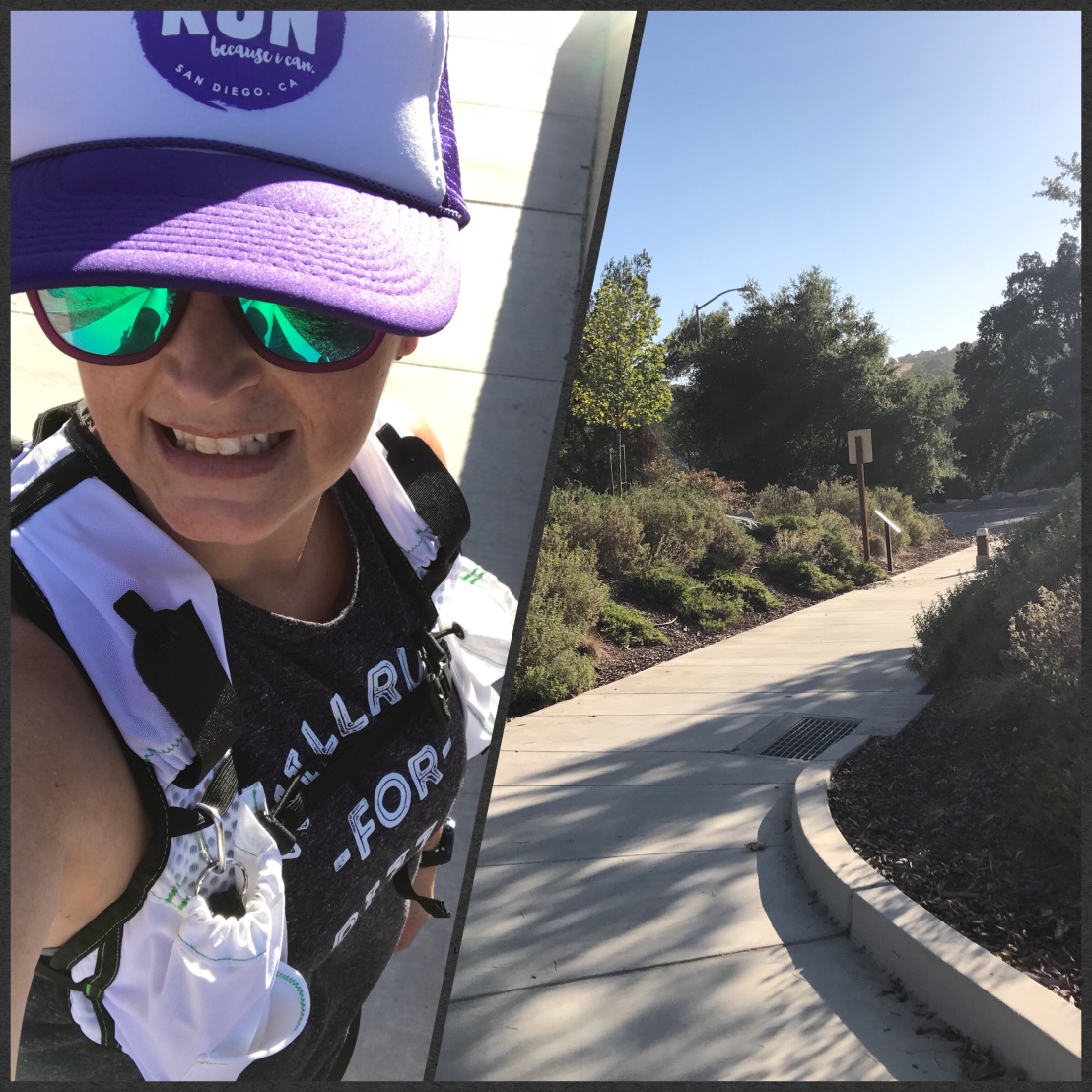 Thursday- 2.25 miles I had a few things I needed to get done before the next day’s trip but I wanted to get a few miles on my legs.  However my feet were so not on board.  Now, both feet were hurting?!  What?  Even yoga sounded like a bad idea-just painful.

Friday- Drive/work  I left my house around 5:45 in the morning and drove.  Unlike the race trip to San Diego, I made good time and arrived around 12ish.    Then we worked until after 6 and it was off to the hotel.  Originally I had considered running in the hotel fitness center but I was so tired that I crashed pretty hard once I found the hotel and then ate dinner.

Saturday- Drive home  This time I wasn’t so lucky and this drive took longer.  I hit so much more traffic through the Burbank- Ventura area.

Sunday- 5 miles I was hoping that my feet would allow me to get a good 6-8 mile run but my lungs had other ideas.   I had a freakin’ asthma attack in mile 3.  I was in denial at first but soon had to admit that it was real and that I really did need my inhaler.   And then again.  I was toast.  I tried to run again but it was just a farce.  I slogged my way home and called it at 5.

11.7 miles for the week.  Boo.  I am so behind where I need to be for the year and I need to figure out what is going on with my feet.