This week was pretty good.  My brain felt fried for part of it but eh, that happens sometimes right?  I ran, I ate yummy food, I read and I tried to sleep.   I had a really bad moment at work one day where I got a little frustrated with a situation but I dug myself out of that mood and moved on.    Not to say it won’t happen again but I got past it for last week.  And my coworker made me laugh hysterically- a customer asks her “so, any big plans for the 3 day weekend”.  Her very calm, almost bored response was “not really, just having a baby’.   I damn near spit out my water.  I’ll miss her sense of humor while she’s on leave. 😛 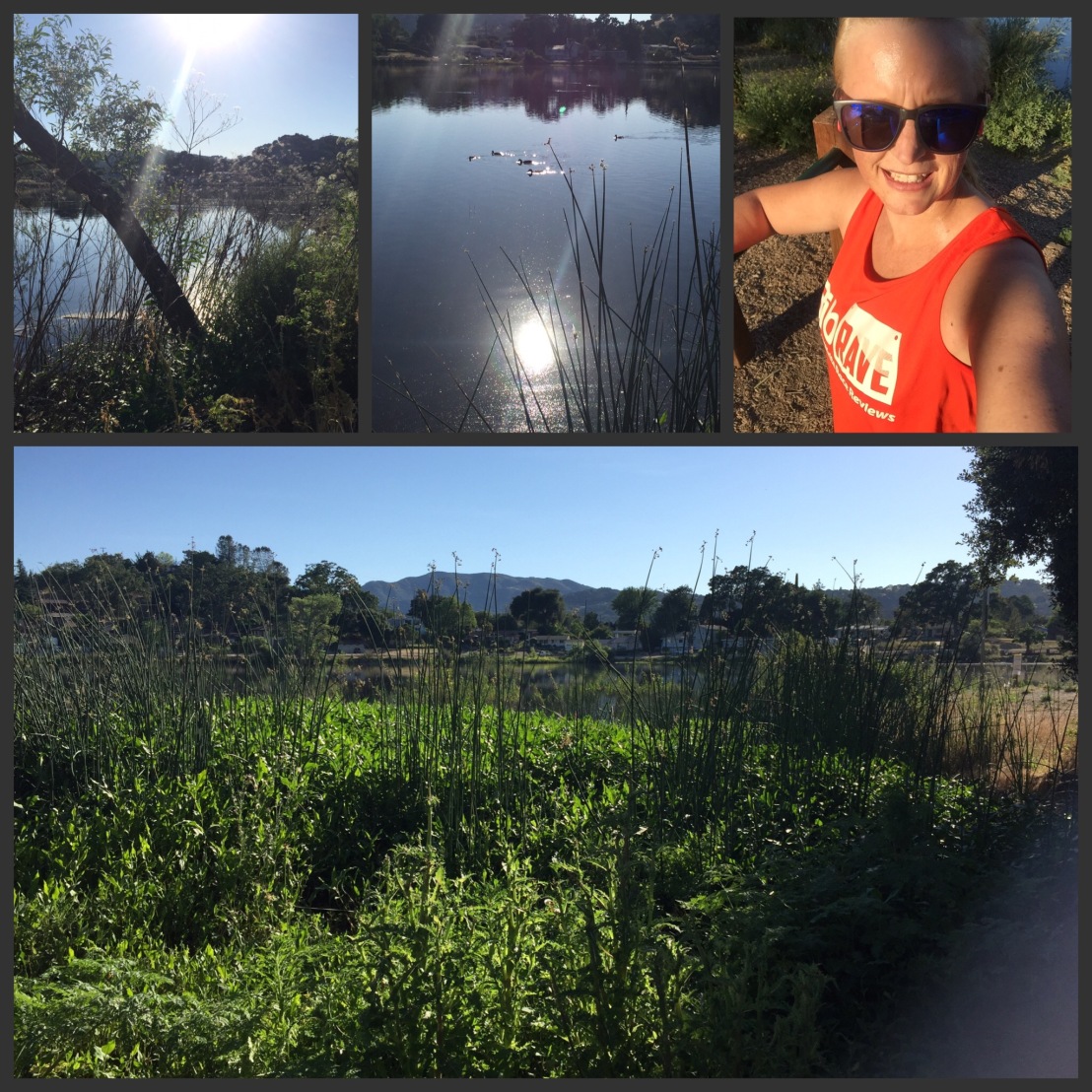 Monday- 3.5 Miles  Holy tight calves, batman. Ouch.  I headed to the lake after work to get in a few miles and I was feeling good.  Until I started running that is.  My calves were so tight, I felt like they were going to rip.   I crawled these miles and stopped to stretch about every 1/2 mile.  Nothing seemed to help.  I called it after 3 laps of the lake.  They weren’t loosening up and it wasn’t worth risking an injury for more miles.

Tuesday- Rest  After the day before I was taking time to rest the legs.  I made sure that I foam rolled that evening though.   It was a long day at work with an early morning meeting so my brain was kind of fried so I just vegged that evening. 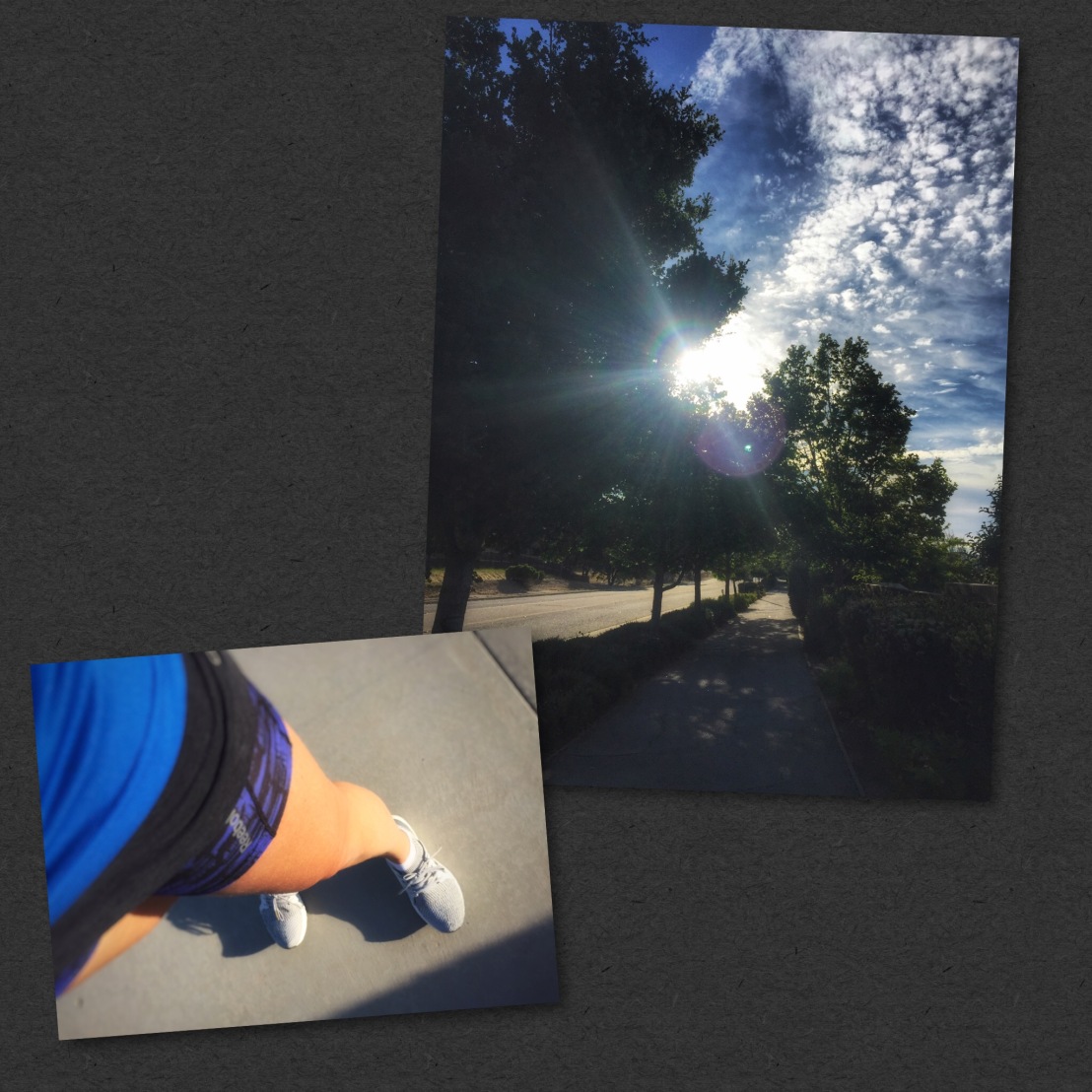 Wednesday-3.1 miles I had planned for running more in the morning but the weather had turned on me by the evening.  I had packed shorts and a tank which was fine for Monday but today the weather barely hit 60 and the winds were gusting up to 25mph.   Luckily I had an old race shirt in my emergency stash of clothes so I layered that over my tank but my ears were still cold.  I made it to the turn around for 5K before I decided to bail.  I hate cold ears.  Cold ears turn me into a giant baby.  I need to make sure I keep a Buff in my bag for rare days like this.   My legs felt ok, if I could have warmed up my ears I think I would have kept running. 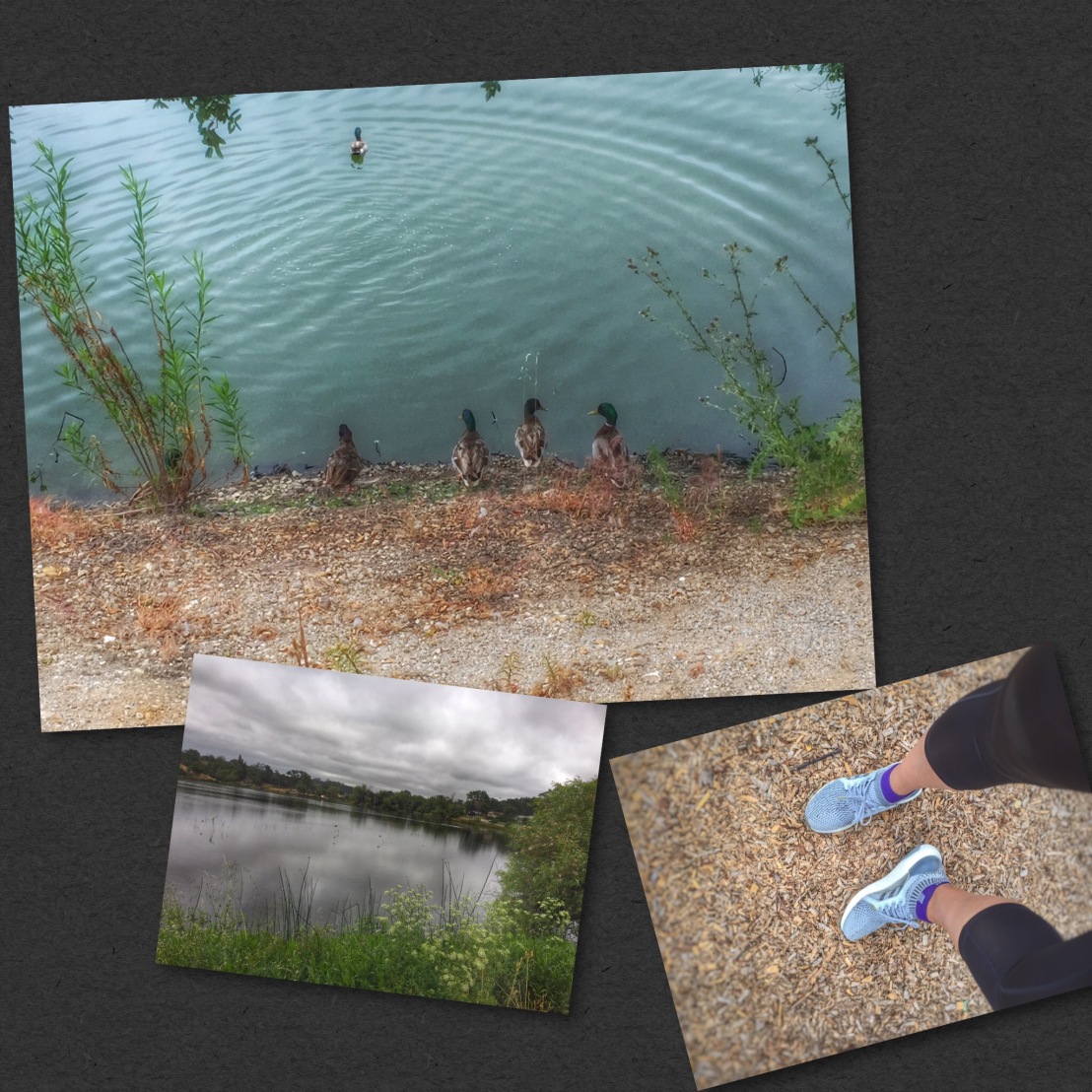 Thursday- 2.5 miles Cold and misty miles.  Seriously, weather just pick one and stick with it!  I was just better this time though- capris, long sleeves and my Buff.   My legs were feeling fussy though so I kept the run short.  I just did 2 laps of the lake before stretching it out.    I figured out part of my problem may have been that my shoes were tied too loose.  I was stretching on the parallel bars and my right shoe popped right off!  Oops.    I was also to meet someone I’ve been following on IG for the last year.  We’ve run a bunch of local races at the same time but I’m slow and she’s fast so we’ve never met in real life.  🙂

Friday- Rest  It was an open to close kind of day.  I planned on riding the bike when I got home but yeah that didn’t happen.  Slacker.

Saturday- Rest I went to SLO for some shopping with my mother.  I feel like we walked miles.  We didn’t but that’s how I felt.  I may have spent more than I had planned.   Which I had planned to spend zero but that never seems to work, does it?  I meant to ride the bike that evening when I got home but I didn’t.  I also briefly considered trying for my long late that evening but I was exhausted.   That seems to be my current state.  I discovered that Hulu has Eli Stone and that is how I spent my evening. 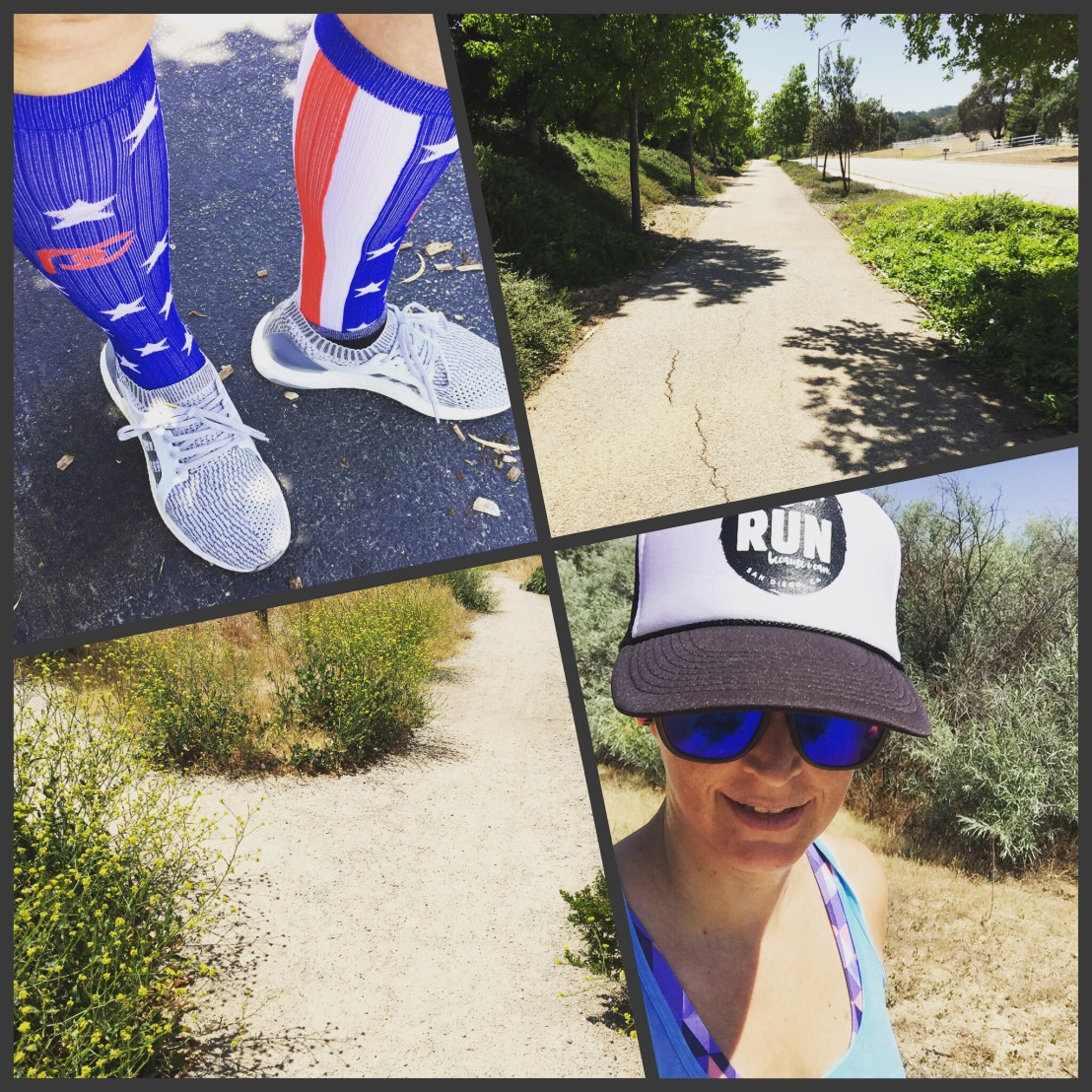 Sunday- 8 mile run, 5 mile bike  I had planned for 10 miles as my last long run before Rock n Roll Diego.   However I really didn’t want to get out of bed that morning.   I pushed it later then I should have.   The plan was to run 10 miles, have my mother pick me then we were going to lunch.   I left later then planned and it was warmer then I wanted it to be.  As I passed the cemetery, I paused and thanked all those that had served.  There were a lot of flags on the graves.

While the first 5 miles were pretty good, I slammed into a wall in mile 6.  My pulse was jumping and I was too warm.  It was also uphill.  I pretty much walked all of it.   I decided to just run 8 and spend some more time stretching before she met me.  Plus those last 3 miles were slow so they took me longer than planned.  😐   I actually ran more than 8 too, at some point my Garmin paused and it took me a while to figure it out.  Boo.  Later that evening I hopped on the bike just to get some miles in before dinner- the family bbq’ed on Sunday- once again, I really need to find my fan.

17.1 miles run, 5 miles biked.  Another week of 5 workouts.  Can I keep this up?  Maybe get to 6 or 7?  How about adding in some strength workout?  Woah, that’s crazy talk for this Slacker.  We’ll see how it goes.  Especially since this is a race week so I shouldn’t be doing anything too radical during it.  That wouldn’t be very smart of me, right?

Oh an I may have bought a shiny new Garmin.

Anyone make any impulse purchases?