This week was odd.   I joked that I had to get all my stupid out before my boss left for vacation.  She’s gone the majority of July.   That and I was just freakishly tired last week for some reason.    I am cycling through new medications for my stupid stomach and I started a new diet which hit me harder than I expected on my first run of the week.

Monday- Rest  I normally run on Mondays but instead I went to the movies.  I saw Transformers.  Pretty good, the beginning jumped all over the place but it pulled it together.    Plus, my legs were achy so I figured rest would be good.

Tuesday- 12 miles bike I took my gear with the intention of running but those achy legs got worse in a bad way.  I ran across the street to get a soda and almost lost a shoe- my flats are slightly too big and I was trying to move faster than oncoming traffic and whatever it was it hurt.  What the hell? So instead I went home and got on the stationary bike. 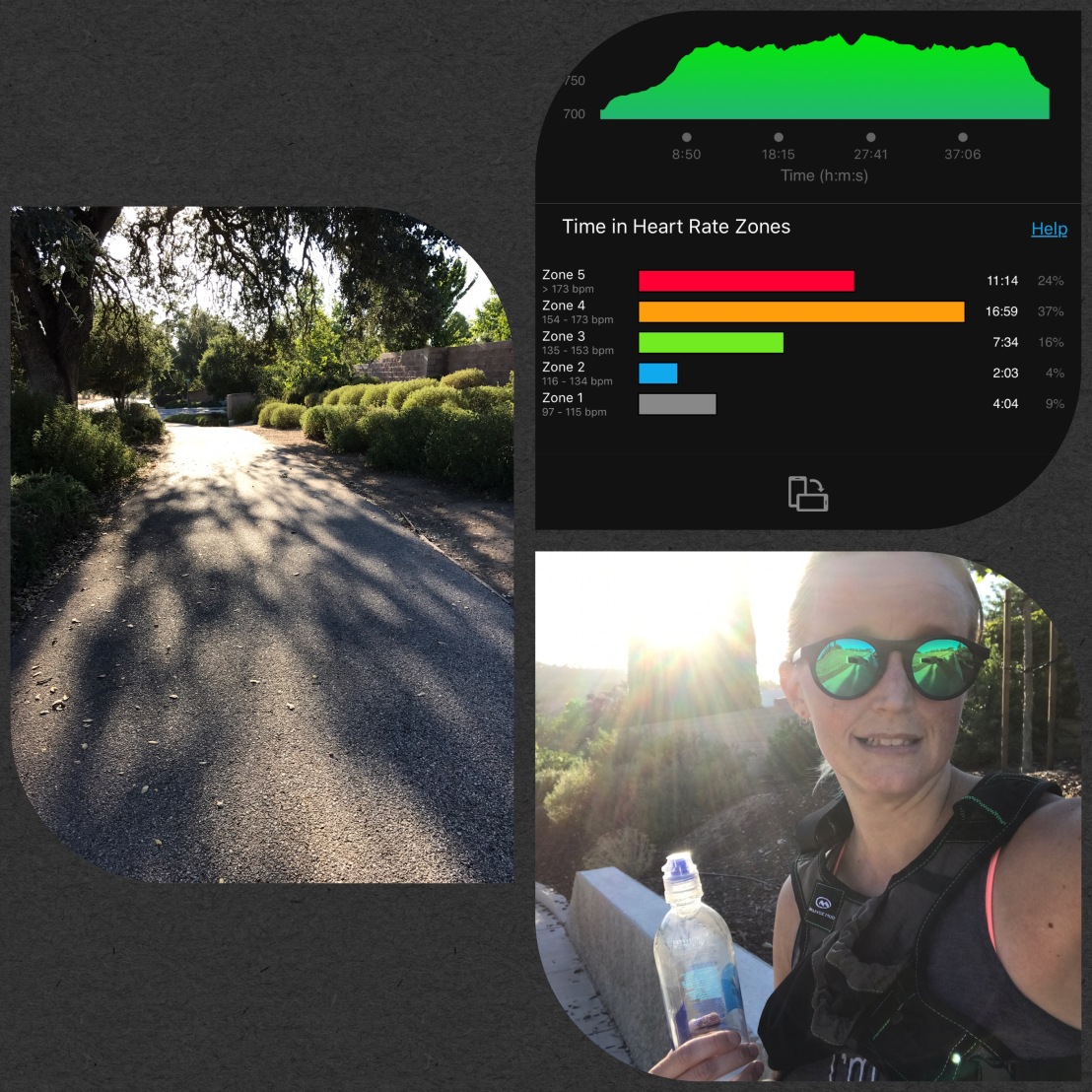 Wednesday- 3.5 Straight up misery.  I felt good leading up to the run and had plans for 5 miles but once I tried to run, it was pure hell.  I could barely catch my breath and heart rate was through the roof.   Worse is that I was crawling.  I was having troubles maintaining even a 12:30 pace.  I could not get going, I was so tired and just not feeling it.   The only thing I could figure was that I actually hadn’t been eating enough with the new diet.   It hadn’t been intentional, I just hadn’t been hungry.  I also hadn’t had any meat but hadn’t supplemented it any way either.   Again, that hadn’t been intentional but I don’t think it helped matters.

Thursday- 3.5 miles  More food meant a better run that way but my legs were still pissed about something.  Everything ached from the knee down bordering on pain.  I also felt what seemed to be a giant blister forming on right heel.  I’ve never had a blister there so I kind of freaked out.  I called it after 3 laps of the lake path.  I foam rolled that night and slept in compression socks.   I couldn’t see a blister but my heel felt odd.   It was also my last run for June-

Friday- Rest I wore different shoes which made my legs happy, heel a little less cranky but made my toes feel pinched.  Oh come on!  So by the afternoon, if I was where customers and cameras could not see me, I was bare foot.  Luckily my boss just laughed.

With my legs being so damn odd all week, I went into the weekend knowing I was not running a long run.  I was splitting it in 2 instead. 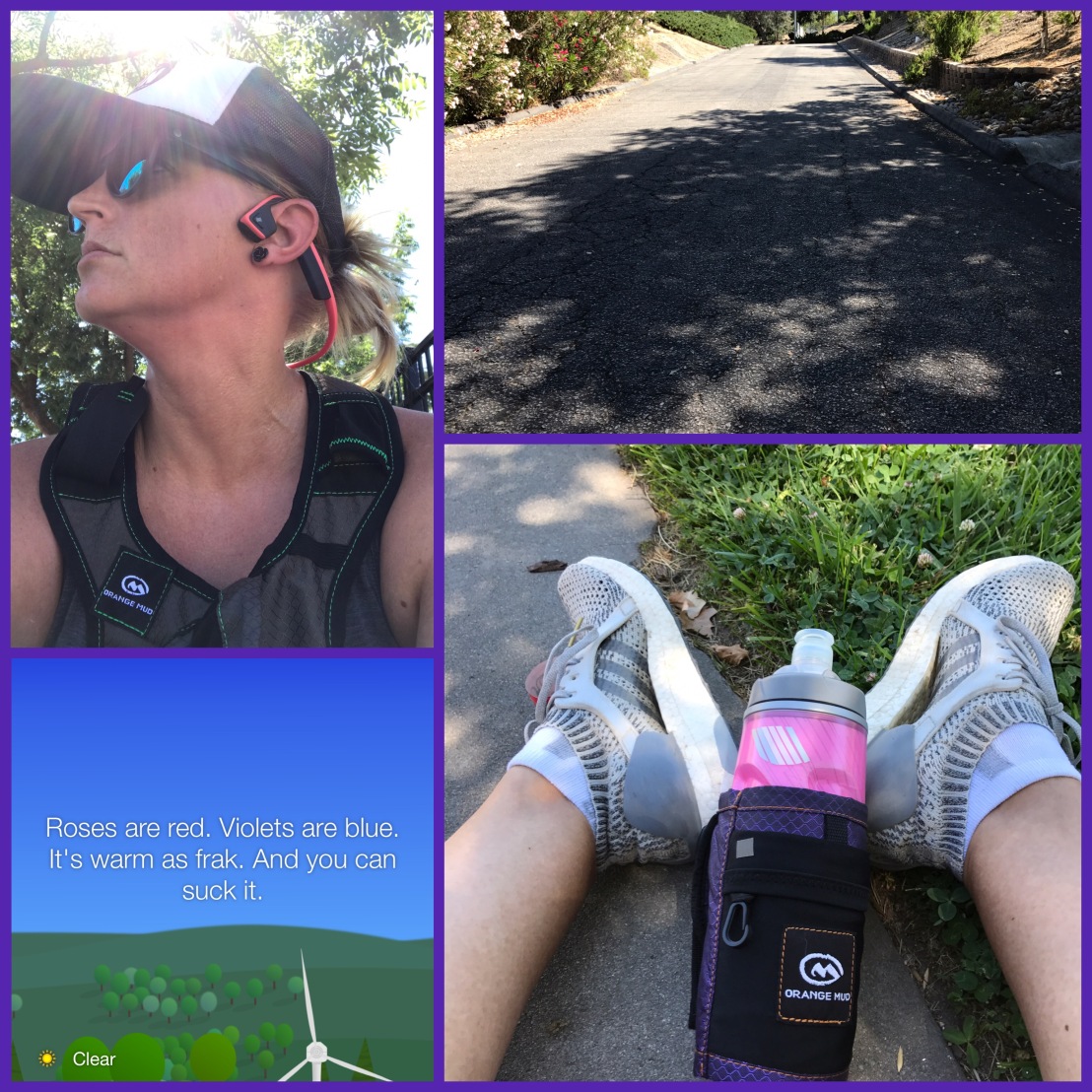 Saturday- 5 miles  Why do I keep running in the afternoon in CA summer?  I need my head examined.  Once again, it was hot and I crawled.   It just felt so much harder than it should have, especially for the pace I was averaging.   I stopped at 4 miles and sat on the ground in a rare spot of shade just to cool down a bit.   Then I crawled the last mile home.   Ugh.

Sunday- 5 miles Every run has been rough lately so I expected more of the same. I slept in and headed out around 10.  The first mile was with my mother.  Once I split off from her I made sure to follow the 2:00 run/ :30 walk intervals on my watch to be nice to my legs.    Mile 2 clocked in as I was going up a hill and I laughed.  10:38. Ha, what?!  Was my watch broken? Yet, the miles kept coming in like that.  What was going on?  I was taking my walk breaks every time the watch buzzed.  I was trying to be smart after the odd week I’d had.   Yet somehow I pulled a speedy 5 miler for me these days.  Then Smash Run tried to bring me down by telling me it was still my 41st fastest 5 mile but whatever Fred,  I’m still counting it as a win.  😛

5 days, 5 workouts, that’s not too shabby.  Especially considering how scatterbrained I was all week.   Dude- there were some serious blonde moments.  I even lost a dress in my closet at one point.     Now, let’s see what July brings.

How did June treat you?