Barely running and I still can’t get these recaps up on time lately.  Oops.   End of the year ennui, maybe?  Embracing the inner Slacker? Hmmm.

Maybe I can blame the darkness?  Even though I actually did run more miles in November this year compared to last.  Fingers crossed that pattern holds for December!  Though considering I had the flu from hell last year, that’s a low bar.

Last week saw me starting PT, so you’d think my body would be feeling better.  And it kind of did… on Monday.     And mostly Tuesday.  Too bad I didn’t run those days.  🤔  Instead I deliberately rested since I had run Saturday and Sunday and then had PT.    I completed my PT exercises 3 days last week and would have twice more but my stomach was being a total asshat.   Kind of hard to focus on moves that rely on your core when your stomach is behaving like a demon.   Grrrrr. As for the other 2 days, well that was just me being a Slacker.

So what did happen?

Monday-  Physical Therapy  Why is my right side such a problem child???  And I’m so glad I had the forethought to change into running pants first.  Some of those exercises were awkward enough in pants- what would have happened if I had left my skirt on???  I also experienced a TENS device for the first time.  Kind of odd. 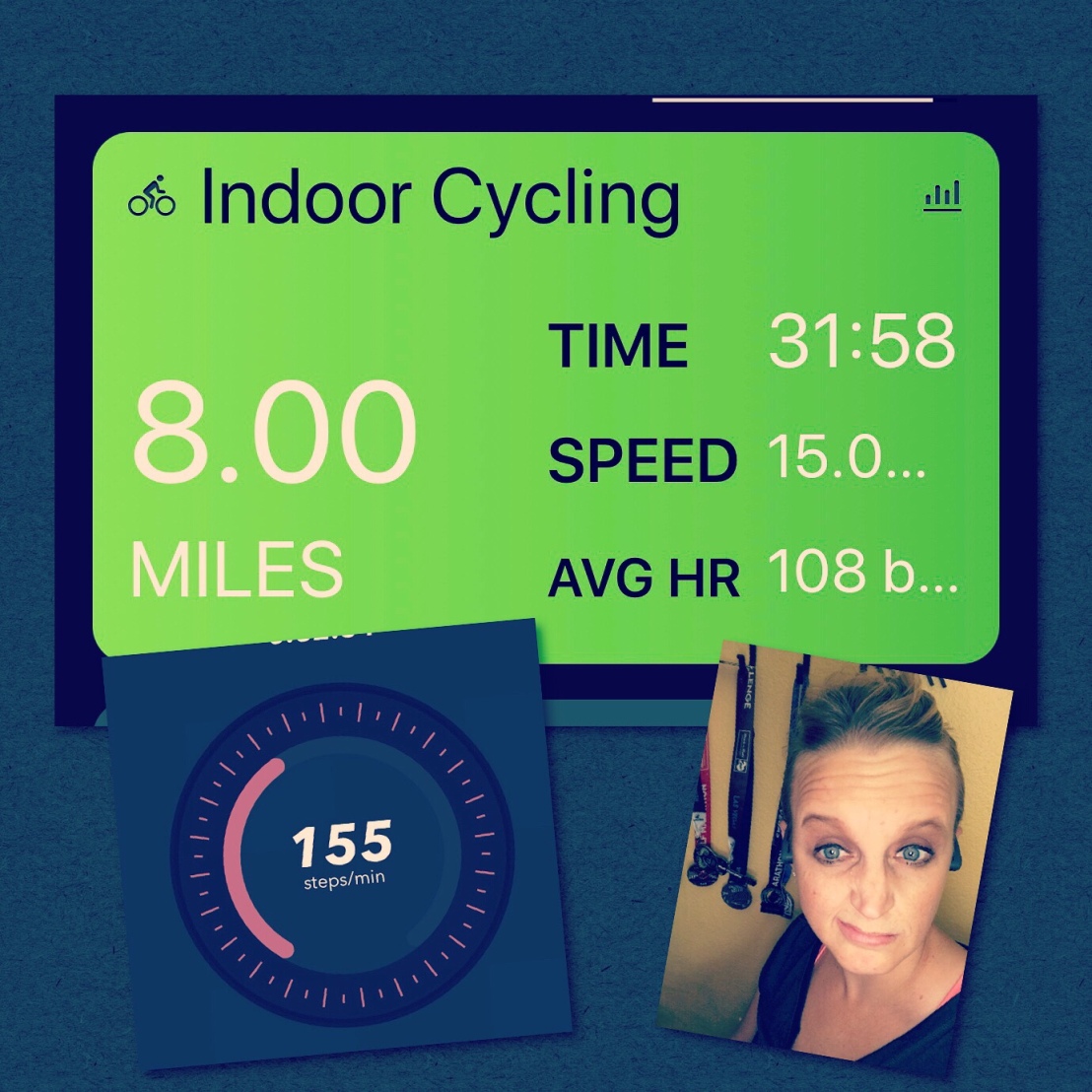 Thursday- 8 miles bike I had planned on running.  Took all of my gear to work with that intention but then the day just ran me down.  Work ran over and I was exhausted and my right leg was oddly sore/ numb.  My head was hurting but I told myself to suck it up and run so I changed into my running clothes and headed for home. Where I somehow put my shoes on the wrong damn feet.  Ok, universe, message received.    I went home and rode the bike instead.

Saturday – 6 miles 6 was always the plan but I underestimated how much smoke was in the air.  Again.  I also may have overestimated what my back was willing to do.  That or it just isn’t used to carrying water with my pack again.  It has been a while.  😛  I felt like I was huffing and puffing more than I would like.  My leg felt tight.  Everything felt rough.  Then my headphones died.  Grrrr.   Of course as I headed towards home, my leg loosened up.   When I looked at my splits later I may have been running a tiny faster than I should have especially considering the air quality.

Sunday- missed run Planned on Christmas shopping and running.  Failed at both.  Went shopping- ALL day but bought nothing and missed my run.

Except I already know I have issues.  How is it less than 7 days to Christmas?  I still need to finish shopping.  I haven’t made cookies.  Oh and my replacement bed is coming this week.     Ok, I will gladly miss a run for the bed if the new one is less of a brick compared to the rock I’ve been sleeping on for the last 3 months.  😛

Are you done shopping?