Disclaimer: The WEAV Run app is currently free but I will be receiving a lifetime subscription in January 2018 as part of being a BibRave Pro. Learn more about becoming a BibRave Pro(ambassador), and check out BibRave.com to review find and write race reviews!

Google average running cadence and any number of sites and sources come back with 180 average steps per minute.   Dig a little deeper and some will say 180 and above is usually elite runners and most everyday runners average between 160-170 steps per minute.  Either way you dice it- I fall short.   I usually average in the low 140’s, my two fastest half marathons this year didn’t even hit an average of 160.  Ouch.

Knowing that it’s something I need to work on, Weav Run seemed right up my alley.   Weav Run is a newer app on the market that is designed to use music to motivate your running tempo.  Want to run 175 steps per minute? Weav Run can get you there.  Weav Run has 2 options for setting the tempo- detecting the tempo based on your movement or letting you choose your own.

Weav Run works with the individual music files in order to give the runner the best listening experience possible.  So instead of speeding up the entire song and getting that helium sounding effect, aspects of the background speed up while the lyrics remain pretty close to what you hear on the radio.   It’s like your feet are the DJ. 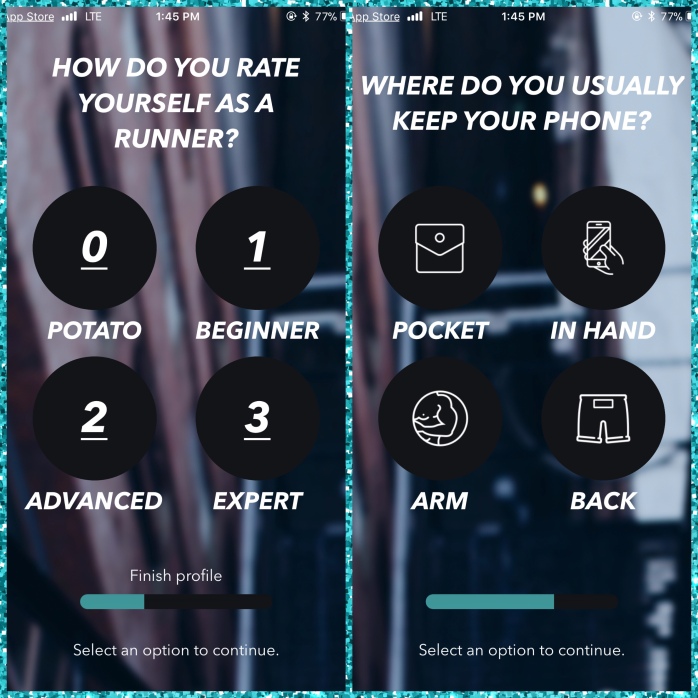 The set up questions were more in depth than I anticipated- where do I keep my phone?- but took hardly anytime.   Pushed a couple buttons and I was set to run.  But I was kind of injured, boo.  So, I adapted and hopped on the bike.  I used the “I Know My Tempo” option, set it at 150 steps per minute and figured I would test it out that way.    For once, my cadence on the bike was even!  It also helped me really familiarize myself with the app. 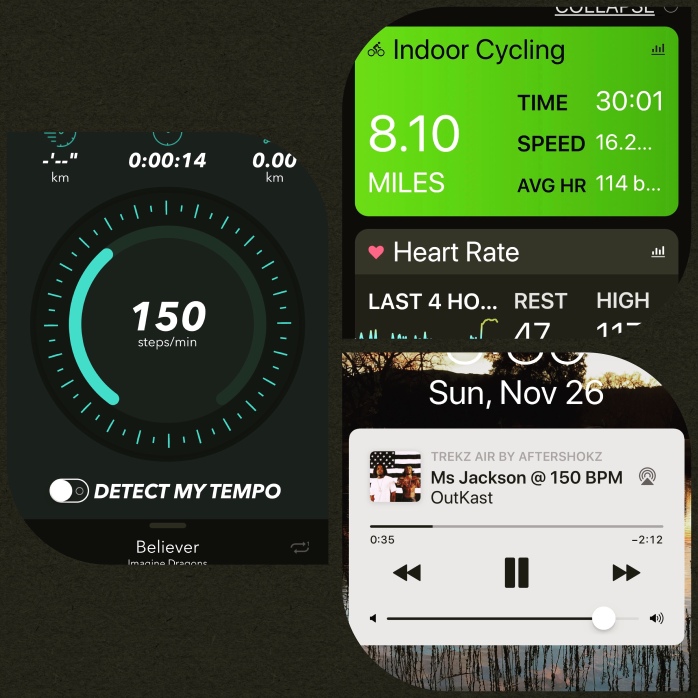 But how was running?

I say my right leg is the troublemaker but what I really mean is that my right leg is the dead leg. The lazy leg, the leg that never seems to want to do any work. As a result I over compensate with my left and end up hurting. All previous attempts to focus on my form and bringing my leg around have ended in failure. I would succeed for a short time but end up with a headache from having to focus so hard. So I usually gave up.

With Weav Run, I didn’t even have to try, somehow my right leg just wanted to join the party. Something about the beat and the music working together  and flipped a switch in my brain and both legs were on board and working together. I powered up a couple of hills in ways I never have- I felt kind of bad ass. 😛 Now, this isn’t saying it was all perfect- I have 2 left feet and no rhythm so I’d usually get off step at some point and have to work my way back but it’s awesome when I’m on point.

Since Vegas- I’ve been running less, a little sick and the air has been filled with smoke but the paces of my runs using Weav Run have all averaged about 30-45 seconds faster than they should be given my current state of fitness. And that’s with the walk breaks I’m still taking. Consider me a Believer. Which by the way is a song on the Weav playlist.

I look forward to many more runs with Weav Run and oddly more bike rides.  I rode the bike more since downloading the app than I have in months.   😛

What are you waiting for?  Go download Weav Run!

Want to read more?  Check it out-

17 Comments on “Stepping it Up”