On the work front, things are getting interesting.  We had an employee give notice which was sad because we had a great team in place.  We were super lucky and managed to hire someone quickly so we were only short staffed last week but another employee turned in notice last week.  Aaargh…what is in the water?!?  And both of the them were afraid to tell me because they didn’t want to disappoint me so I was always the last person to “officially” know.  Thanks, I think?

So workouts- the plan called for a 3 mile run, 4 mile run and the race.  I also hoped to fit 3-4 cross training work outs in.

Monday- Liift4 week 1/day 1, Mes de Mas day 1
With my leg feeling cranky from the hot mess fail of a long run on Sunday, I decided not to run and just restart Liift4.  It felt harder this time around.  Hmmmm.   I was feeling like doing more though so I pushed play on the Mes de Mas workout after.  A workout for body and brain as the instructions are in Spanish.   I’ve been looking forward to this one becoming available and it was fun.

Tuesday- 3 miles/ Liift4
I kept the miles nice and easy and just tried to focus on my form and stride.   Nothing hurt but my leg didn’t feel marvelous either.   I did another round of cross training once home.

Wednesday- Rest
Something pissed off my stomach in major way.  It was enough just to make it through the work day.   It also rained so I tried to just see it as good timing to feel crappy.

Thursday- Rest
My stomach was still angry.   It’s been a while since I had bad flare up so I guess I was due for one.   Race week timing was not great though.

Friday- Nothing
I meant to run a couple miles. I took the day off work in order to get a few things done and checked off my to-do list but only managed to check off a few things.  Grrr.

Saturday- Road trip to San Jose
Road trip!  I was on the road around 9 for the drive up to San Jose.  Luckily San Jose is only about 3 hours away so the drive wasn’t bad.  Getting to the expo was the easy part.  Bib pick up was a breeze.  Getting around town after was ridiculous.  It was like Apple maps and Siri just refused to work.  We got lost multiple times- on foot and by car.  Grrrr.  Thankfully I nailed the hotel choice- within walking distance of the start/finish- and it was within walking distance of a Spaghetti Factory for dinner.   Though I came to regret that.    Then I tried to get a decent nights sleep.  Fail. 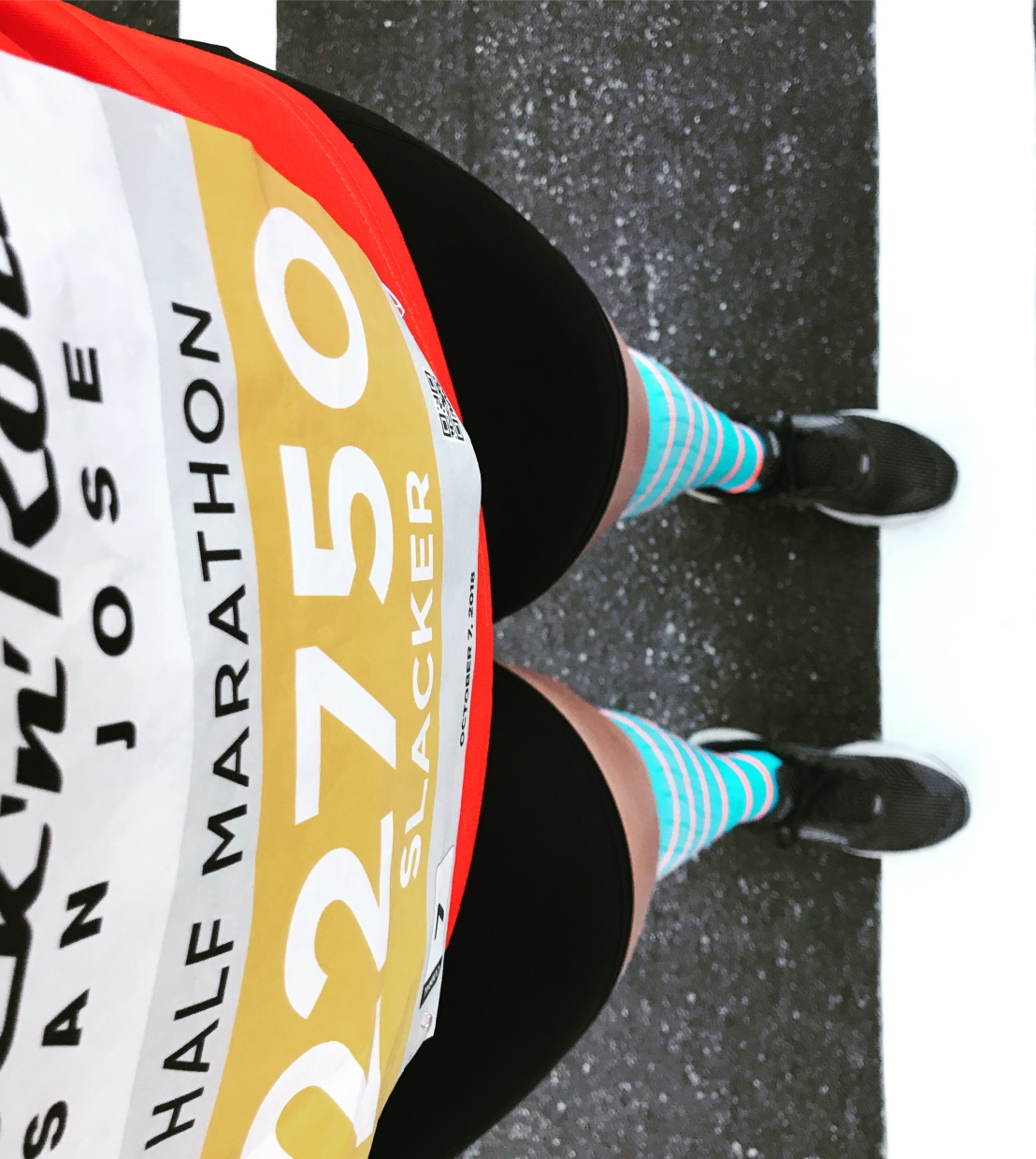 New shoes are always a good thing right???
Can we????
Felt a little under the weather this week but still spent some time in the dirt today.
Morning didn’t go like I hoped but I managed to get 3 miles in. Walking was all my stomach would let me do but better than nothing at all!
I paid for a race picture. Not because I look awesome but because @letswanderphotography did a damn good job of not making me look like an idiot🤣
Accurate.
Join 2,608 other followers