Yeah so this was a lackluster week.   Lot’s of sleeping and eating and watching whatever was on my DVR.    Why does that always sound awesome until it’s actually happening?   Boo.  But here we go.

Tuesday- Rest  Made it to work, man that was exhausting.  I did participate in another Twitter chat though.

Thursday- Rest  Sensing a pattern here?  This cold thing was really starting to piss me off.  Did it not know I had new shoes to test out?!

Friday- Rest  At least Friday’s are typical rest days.  And it poured all day!  I hydroplaned 3x on the way to work.   Now I know where random flooding spots are on the highway.

Saturday-Rest You could have guessed, right?    I slept some more and then went to dinner with the family.   I tried cauliflower for the first time, it’s kind of tasteless?  The tri-tip was amazing though.

Sunday- 4.5 miles  I ran!!!!!  Skipping my race meant that I could sleep a little more and not have to stress about waking up on time with the time change.   I won’t lie, that was nice.   I headed out late morning during a break in the rain to get in a few miles.   Even though it was wet and I knew I was going to be finishing on dirt path, I wore my new shoes.  What’s a little dirt?  I started out slow and then just tried to keep it steady.  I didn’t care about my pace, I just wanted to run.  It was pretty good!  I had to walk a few times but I expected that.  I was bundled up pretty well so I was overheating for a few miles but when the wind picked up and it started raining I was glad I had picked a thicker jacket.   4.5 miles put me back at my car and only 1/4 mile had been in the rain.    It was so good to just get out there.

So yeah, a 4 mile week.  Woo hoo!!!   But if I had to get sick, I guess I am thankful it was now.  Not right before SLO or summer long runs.  Granted there’s no guarantee I won’t get sick again just hoping based on previous years.   With Daylight Savings going into effect, I am looking forward to getting in longer runs after work now.  I love Daylight Savings.   I am hopeful to get in some solid miles this week.

Low carb–  Yeah, why can’t I be one of those people who doesn’t want to eat when they get sick?  I only seem to want the horrible things.    Seriously, on Monday I dragged my scary self to McDonald’s because all I could think about was fries and a Diet Coke.   My lunches were all on point but I indulged with a few too many cookies this week.   And jellybeans.   Grrr.    This is a new week right?

Oh and this officially happened this week- 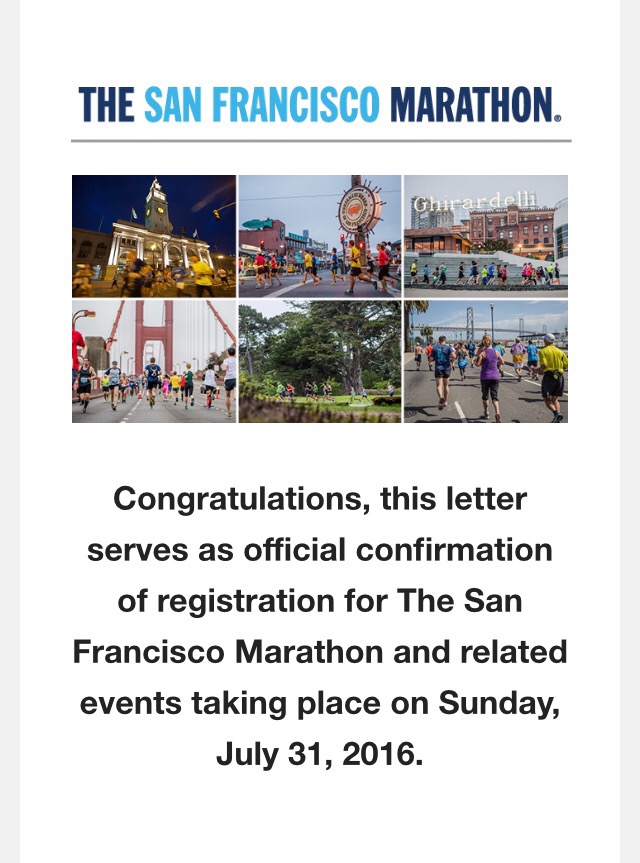 I may have lost my damn mind.  More on that insanity next post.

When life throws lemons on your vacation in plans, you enjoy midday miles on a Monday.😄
New mantra??😂
Happy birthday @bearcat_tennis!!!!
Merry Christmas 🎄 to me😃😍😂
Cheesy? Yes. Do I love it? Yes.😂
When life gets odd, a little time in the dirt always helps.
Join 2,610 other followers