And the marathon training keeps rolling. I am already tired.  Or still tired from an emotional April.  Who knows anymore.  My focus this week was to up my running from 4 days to 5.  My big goal for May is to consistently run 5 days a week.  My training plan actually calls for 6 days of running but one of the first changes I made was dropping Friday’s run.  If I handle May well, I may consider adding in Friday miles but I am not going to worry about that now. 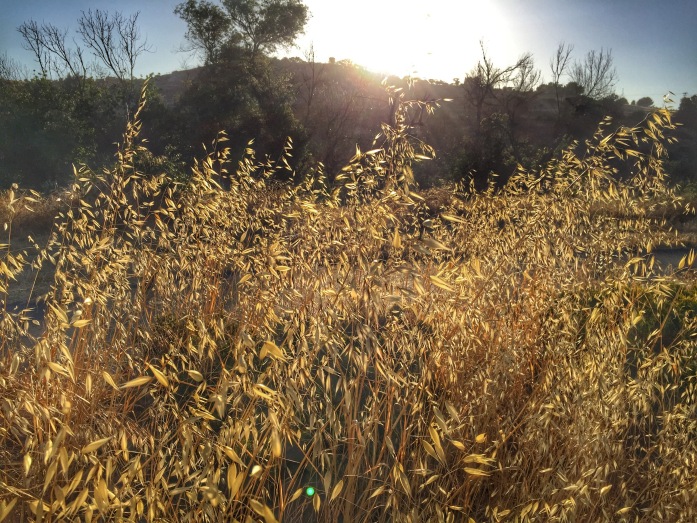 Monday- 4 easy miles.  After an unplanned Sunday rest day, I was really hoping that these “easy” miles would feel easy.  Yeah, not so much.  My legs felt tired.  Part of it may be mental- I was a die-hard believer in never running on Mondays.    It’s only been a month-ish since I started running on Monday’s and I think I still mentally rebel sometimes.  #rebelwithoutaclue    Post-run, things snowballed quickly and the next 6sih hours were spent waiting in the ER. 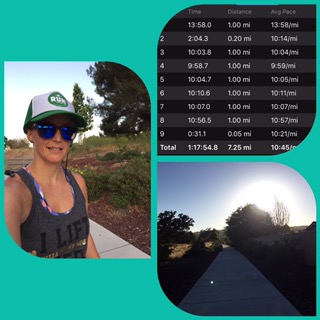 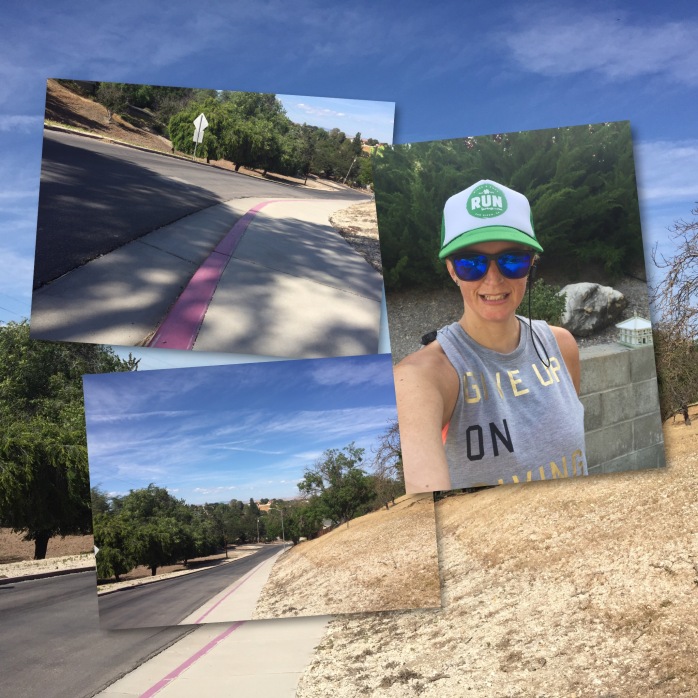 Saturday- 8 miles   Misery.  I am intentionally keeping one of my weekend runs in the mid-late afternoon.    I need to work on building my heat tolerance back up.  I know that’s one of the things that hurt me at SLO- it was a very warm morning.    Saturday was only 76 but it kicked my ass.  I took more than a few walk breaks, a couple of stops and ran out of water.   Well hell, that’s not a good sign.    We’re not too far from constant triple digits here!   Oh well, I got in some hills.    To add to the pain, I realized that my training plan only called for 6 miles.   😓😂


Sunday- 10 miles  I got up early in an effort to beat the very high heat of 81.  Yes, that was sarcasm.  😏     This was rough, my pace was all over the place.  Some 10’s, some 11’s and some 12 minute miles.   It was warmer than I would have liked but like I said I have to get used to it.  I had more water than the day before but I dropped my bottle around mile 4 and broke the lid.  Seriously??  I had enough left to get me through the run but I had to carry the bottle in a certain way so I didn’t spill the rest.   I also knew that week’s mileage was catching up with me so I was fine with going slower.   When all was said and done, I was still closer to long run place than I thought I would be.

It was a long, hard week but I completed every workout I set out to do.  I felt like throwing a little party when I finished my long run.   This was my highest mileage week ever– hell yeah!  Right now I feel ok, but I know I need to keep on foam rolling and stretching.    Moving on to this week, my mileage stays relatively the same but my intervals shift to 6x 800’s.  Yikes!!   I have a doctor’s appointment on Monday that could mess with my easy run though.  I thought about moving it to the morning but if I am still struggling with 8 AM runs, 4 AM is not going to happen.  😜  I really don’t want to miss my run so we will see.  I know consistency is going to be key to getting through this training cycle.   And a good dose of good luck.

I feel like there is something else I wanted to share but I can’t remember what it was.  Oops!

Do you run a last recovery or go straight to cool down?