It’s that time of year!   Social media is filling up with goals and resolutions for 2016.   For runners, that often shows as mileage goals, pace goals, race goals, etc.  Along with all the other things we want to accomplish in the year to come.  So without further ado- here are my goals for 2016-

No need to refresh your screen, there’s nothing there.   I’m not setting goals for 2016.

Now, this is isn’t to say that I don’t want to improve.   I do.  I will continue to search for the training plan that works for me.   I will do my speed work and my long runs.  I will enjoy my easy runs more.   I will still track my mileage and the paces I hit.   Just not for some random number total I pick because I think it looks good.   I want to become a better runner, but in a more natural, linear progression kind of way.    Because I enjoy running enough to do it often and not just because I should get in that extra 3-4 miles.  I will still recap my training and running, I like sharing with you all and I look forward to the feedback.  Between this blog and Timehop, I am able to look back at the way things have changed for me over the past few years.  I still like looking at all the numbers; I just need a break from the pressure of feeling like I don’t measure up.    I used to care less about how I measured up with everyone else and I need to get back there. Back to basics, I was there in 2013, can I find that calm again? 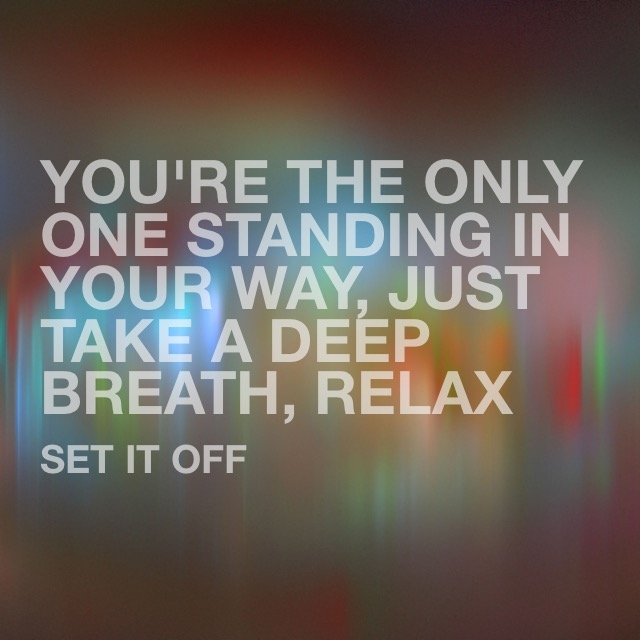 2014 started a ball of stress that grew and grew in 2015.   I felt like a boulder being rolled down a hill picking up mud along the way.    Some of the stressors are things that I am not currently in the position to change, others I can.  Starting with how I react to it.    I did a piss poor job in 2015.   Going forward, I want to focus on calming the hell down.   And turning to food less, but that’s another story.

I want to try to focus on finding the shiny in things in life.   Running should be one of those things.   Now I realize that most of my runs will be hard and tiring and there will still be days I want to quit but I used to enjoy the hard or rough days.  I haven’t in a long time.  I need to change my mindset and in order to do that “goals” and I are taking a break.   Goal has become a four letter word in my book, it’s joined the ranks of “potential”.  I dislike that word and try to never use it but that’s not the point here.

Don’t get me wrong, there is absolutely nothing wrong with having goals.   I just need a break from them.  Call it a trial separation.    Maybe this won’t work, maybe it will.  Either way, it’s something I need to do.  The journey to an improved Slacker starts now but goals are not invited on this road trip.

So, are you still with me or have I scared you all off?