Let’s be real, who was I lying to?  As if calling it “Week 21 Training Recap” meant I could bury my head in the sand a little longer?    So, let’s rip the band-aid off.   There should be an emoji for that.

If you’ve read my whiny, ranting post from Friday, you know that last week went a little sideways.  After such a great week 7, I was hoping to keep the momentum going.    But, well, life happens right?

Monday- Rest  I had a doctor’s appointment where I had 3 excisions done.  Why I thought I was going to follow through with running after that, I am not sure.  One was even under my sports bra band so it’s not like I really wanted to put one on after that.   Combine that with my car battery dying in the office parking lot and the day was shot.  It was surprisingly hard to find a place that sold the battery to my car.  My very common Nissan.  Grrr.

Tuesday- Rest/ furniture moving  I had what I called severe allergies start after my run on Saturday but by Tuesday, it was full blown head cold status.  I could barely see out of my eyes and spent most of my time sneezing.   I ended up leaving work early and went home.  I treated myself to my go-to sick meal- In n Out- on the way home and then took a 3 hour nap.  On the floor. 😝    Once I woke up, the rest of the evening was spent moving furniture in preparation for new carpet the next day.

Wednesday- Rest  This time planned but I felt guilty.  I should have been running.  I still wasn’t feeling well but I made it through the full day at work before heading home to move furniture back into place.   Apparently, I am not as strong as I once was.  Some of that crap was hard to move!

Thursday- 3.4 miles  Aborted tempo.  What’s that saying about good intentions?  I headed to the lake path to get in what was supposed to my last 5 mile tempo.  Next week they jump to 8 miles.   Holy crap!  Anyways, back to this week.   Let’s just say I should put my phone on Do Not Disturb when I run from now on.  Of those 3.4 miles, 2 were at tempo pace.  What was not cool was how hard they felt.   So much harder than the week before.  Had I finished my run I am not sure I could have held that for another 3 miles.  That worried me.  Ok, it freaked me out.  Hence Friday’s post.

Friday- Rest  Oddly enough, one of the excisions was really bothering me .  Of course it was the one on my butt.  Maybe it was just trying to make me sit less?  Oh and the morning started with finding out that my debit card had been compromised.   Not my main one but the one linked to my race account.  Double Grrrr.

Saturday- 12 miles-  I worked in the morning so I knew this would be an afternoon run.   Luckily the temp was predicted for the mid 60’s so I wasn’t too worried about that.    I used the timing as a training exercise, sort of.  I’ve been trying to figure out what I can eat before long runs and races that my system will tolerate.   I’m testing out various protein shakes as I seem to tolerate liquids better.  So I had 2 pieces of sausage for breakfast and a protein shake at 11:30.  The poor choice might have been the cookie I ate as well.  😝 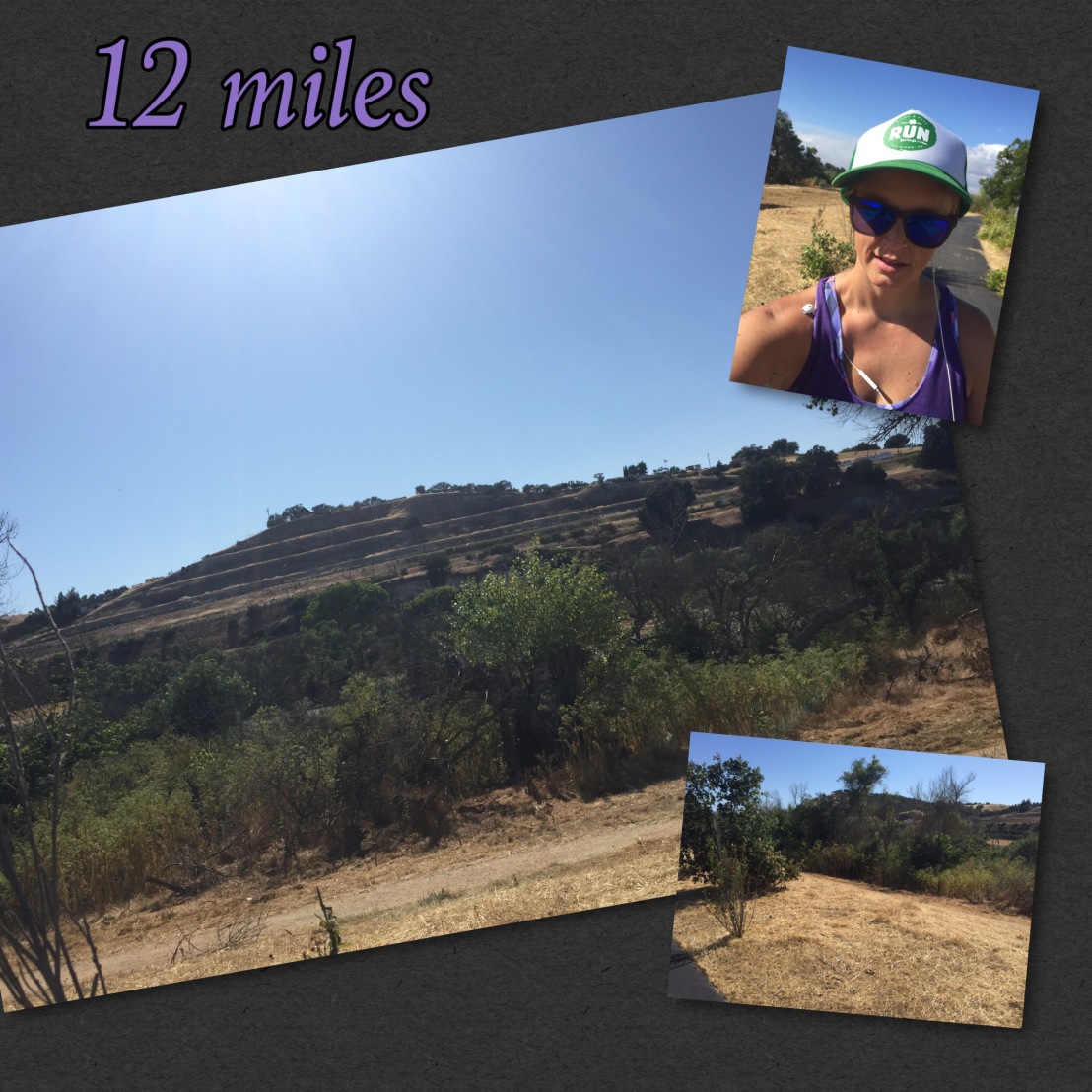 That said, I headed out around 2 PM for my run.  Overall, I kept my head down and just kept running.   I was feeling ok and didn’t need any walk breaks through mile 5, I met with my mom halfway through mile 6 so I walked with her for 1/2 a mile.  Then I ran on and just kept trucking.  It was so windy, my hat was almost ripped off my head 3 times.    My stomach cramped in bad way at mile 10.  I stopped for a moment and breathed it out.   I was only 2 miles from being done so I kept my break short and ran on.  My stomach cramped again around mile 11.3 but this time I walked it out.   Stupid stomach.   I then ran on to finish my run.    Other than the cramping issues, the run was pretty good.  My pace was right in the middle of my long run range and it would have been even better without the the little break in the middle.    Obviously I need to work on the fueling thing some more. 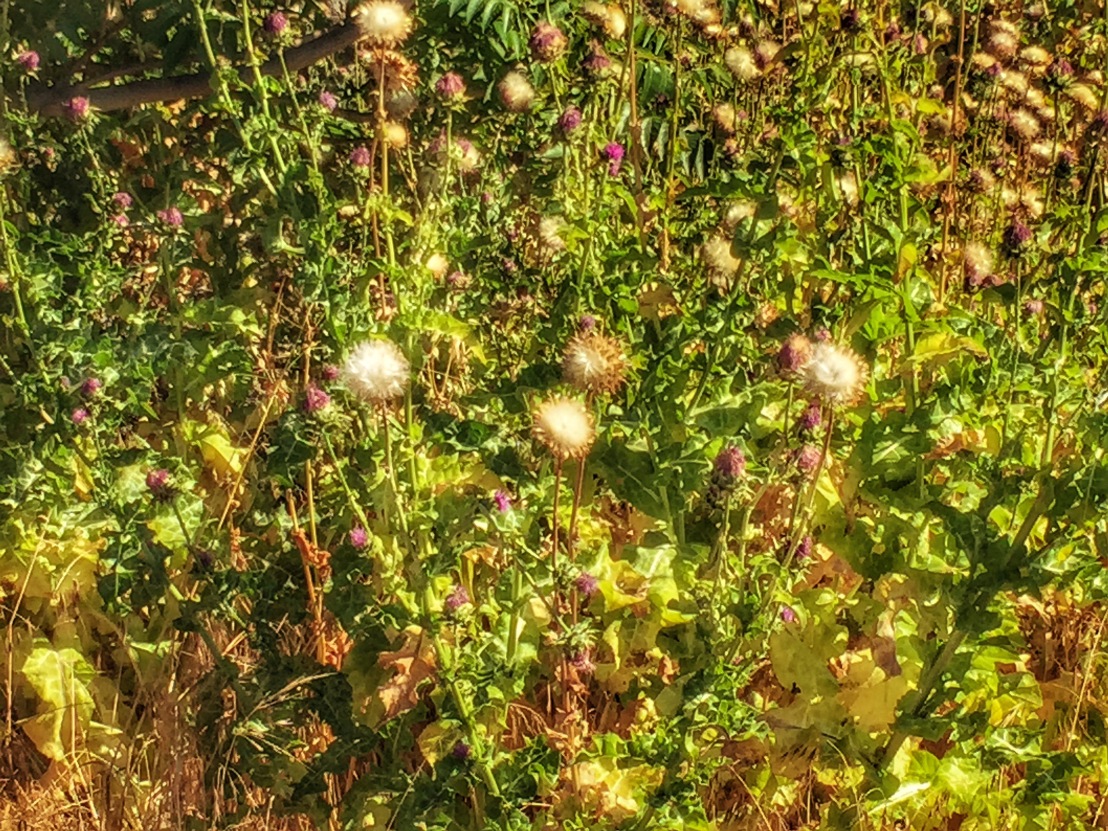 Sunday- 6.2 miles – The plan called for 6 but I wanted 8.  Seriously, this was one of the slowest 10K’s of my life.   Smash Run tells me it was my 47th slowest- yay!  I don’t know what it was but I could not get it into gear.  My legs felt fine but the rest of me just wasn’t out there.   My pace was all over the place and by the end I was glad the plan only called for 6.   I felt fine when I was done so maybe it was all in my head?

So yeah, 21.6 miles.  About 15 short of where I had hoped to be.  I am trying to find the shiny here and say that 21 miles is still pretty good for a Slacker right?   We live and we learn and we plan for the week to come.   Right? Right.   #justkeeprunning   I am still on the fence about Saturday’s half- partly due to indecision and partly because that account was cleaned out.  Boo.  I will get the money back and I will make a decision but right now I am playing it by ear.   I also want to give the protein shakes another try.  Any recommendations?

How was your week/ weekend?

Ever been hit by fraud?  Someone had fun at a bar with mine.  And tried to buy a suit.  Weird.