How is it week 12 already?  My little countdown app is telling me I only have 41 days to go.   Holy crap!

I admit I struggled hard with motivation this week.     Everything seemed hard.  I thought my boss coming back from vacation would make things easier but I just felt fried.  At one point on Friday, I had so many pots in the fire I couldn’t even tell which way was up.   I was just waiting for one of them to blow up in my face.  Which may still happen this week, who knows.   All week long, I kind of just wanted to curl up in the corner and hide under a blanket.

This spilled into running.  I had serious trouble getting myself to run on Monday and then Wednesday turned into a rest day too.  Convinced myself that my shins needed more time anyways.   Week 12 is not the time to be getting lazy but I suppose it was bound to happen sooner or later. 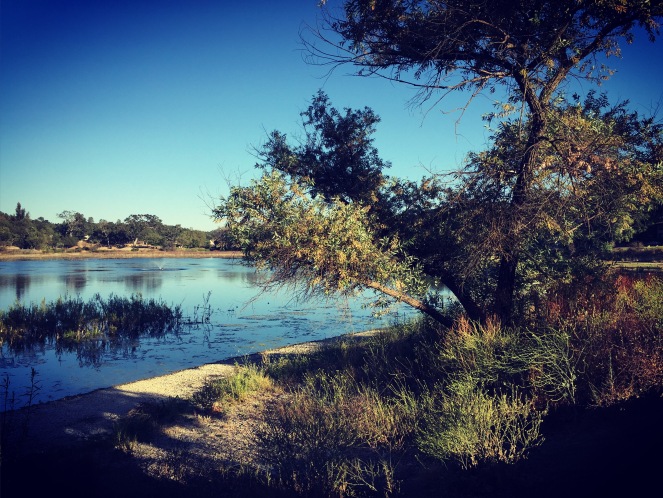 Monday- 3.5 miles  My legs were feeling rough for this run.   I haven’t run a Monday since I first hurt my shins.   Taking the day off after my long run seemed to help but I knew I couldn’t run on Tuesday this week.   I headed to the lake path and planned to take it nice and easy.    Even slow running with walking intervals was rough.  My shins protested.  I called it when lap 3 put me back at my car.  3.5 miles was not a great way to start the week.

Tuesday- Rest  A mandatory conference call had been scheduled for after normal work hours.  This was why I had to move my run up to Monday.

Wednesday- Rest  I had planned on running, even took my stuff to work.  I tell myself I took the day off because my shins hurt.  While that is partially accurate, I didn’t even take my gym bag out of the car in the morning.  So yeah, I enjoyed pizza night instead.

Thursday- 7 miles  Work was tiring and the last thing I wanted to do was run.  I told myself to suck it up and change.  I left work town and headed for the river path.   Of course, right as I parked I suddenly felt like I needed to use the restroom.  Of course- most of my routes have no bathrooms or water fountains.  Whatever, I figured that would be a reason to keep the run short.   I started out up the hill and just stuck to the run/ walk intervals.  My legs were feeling ok so when I hit the turn around point I decided to go a little further.  I made a left and headed up a street.   I remember the street from my very first 10K years ago but I remembered it wrong.  I thought it was flat but it was hillier than I recalled.  Little rollers but they still felt like mountains.  But it’s cool- I made some new friends-

On the way back, the wind had turned insane.   It was pushing me backwards it was so strong, I felt like I was running in quicksand.   That said, my running intervals were the fastest they’ve been since I got hurt so this run ended up being more like speed work.

Friday- Rest  Work was insane.   Straight up crazy.  By the time I got off I was running out the door.  But I didn’t have to close so yay!

Saturday- 9 miles  The plan called for a 10 mile long run and 8 mile easy this weekend.  I knew Sunday was going to be busy with family stuff so I was doubtful of getting a run in.   With only a 10 mile long run planned, I got a little cocky- I mean what’s 10 miles?  Stupid.  I didn’t start my run until 8:30.  Stupid.   By mile 2 it was warm.  NikeC was out for her run too and we started texted each other about how warm it was.  I kept a comfortable pace until I hit the bridge.  Even though I know it’s stupid, I still fly across the thing and then up past Walmart.  Miles 4-5 saw a 9:14 and 9:44.  Oops.  So not long run pace for a person with wonky shins.   I walked more of mile 6 than planned but still the pace was decent.  Mile 7 saw a break- NikeC!  Our routes crossed paths and I finally got to meet the cutest little guy ever. 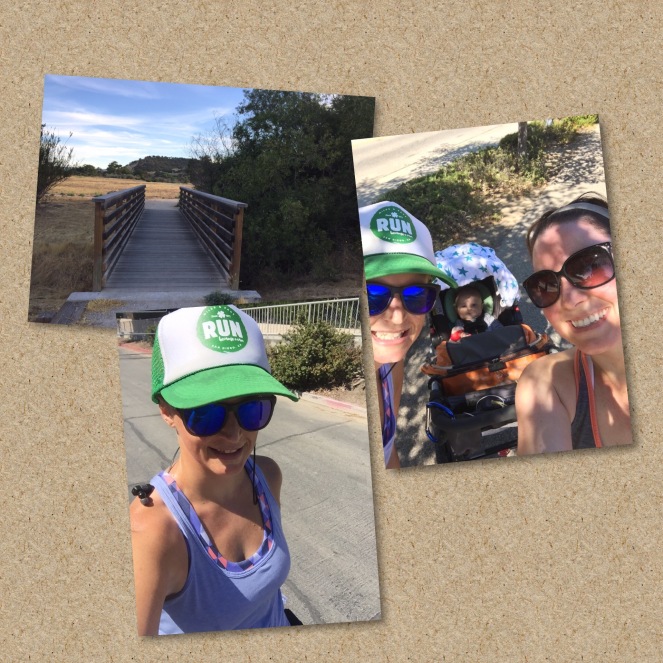 We stopped and chatted for a bit before going on to finish our runs.   Our chat meant I wasn’t going to be able to finish 10 but it was worth it.   I was planning on ending my run at the high school and getting a ride from my mother.  She’s having summer practices right now- and bonus- the school has water fountains and sometimes the bathrooms are open.   Thing is her practice ended at 10:30.    I picked up the pace and managed to get there right at 10:30.  Those last 3 miles were most I’ve run without walk breaks in a month.  Sweet!

4.5 miles walk–  Knowing that Sunday was iffy, I had a second run of the day in the back of my mind.  I headed out around 3 for some more miles.   I wanted to run it like last week’s double but the week caught up with me so I walked it.  I’m still counting it because let’s be real here- there will be walking in this marathon.   I may as well get used to doing it on tired legs now instead of race day.

Sunday- rest  Happy Father’s Day!  I knew my mother and I had plans in SLO and then family dinner in the evening.  I could have run in the morning but I was just so tired, I chose sleep instead.    I still managed to get in 10,000 steps without running so that’s not too lazy.  I also came home with some pretties-

So, 24 miles for the week.  Could have been better, could have been worse.   My shins were overly fussy in the beginning of the week but they calmed down by the end.   I have big plans for this week so I am hoping they will continue to behave.   Fingers crossed!!  I also hope the motivation bus comes by again, I fear I will get sucked into the black hole that is binge watching Lost again and put off running.  Oh and I have some awesome news share this week!

What are you watching?