I have no witty opening for this one.  That’s also assuming anything I’ve ever opened with before was witty.  Hmmm, maybe that was a reach.

Like I said in my Friday post last week, I am tired.  Just tired.  Running wise, the week was actually pretty good.   Work wise, I think my brain went into vacation mode way too early.    Oops.  That wasn’t great considering my boss was on vacation Thursday and Friday.   I needed to be firing on all cylinders.  I believe I completed most of my piles but I can’t shake the feeling that I forgot something. 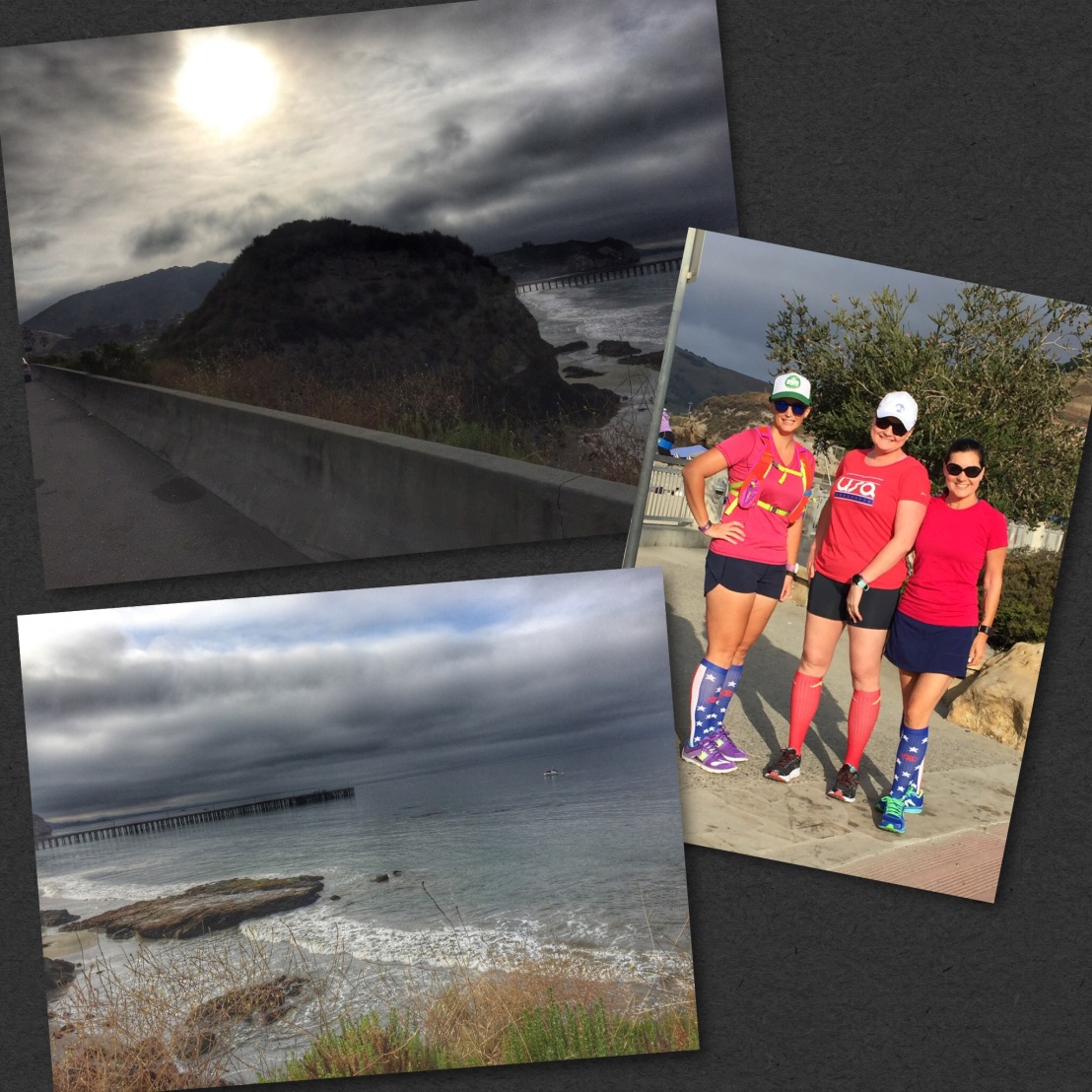 Monday- 6.7 miles.  4th of July!! I met with Ashley and Heather for a very patriotic themed run down at Avila Beach.  The plan was to do 8 miles but it was my third day of running in a row and my shins and knee were pissed.   I ended up falling behind taking walk breaks but I eventually just sat on a bench 2 miles from the beach and waited for them to come back my way.  Truthfully, I wanted to swing on the swings while I waited but they were occupied by children.  Once they were back, I was able to run the whole back with them.  I was fine with fewer miles.  Then we went for a super yummy breakfast – churro french toast for the win!  It was a great way to spend the morning.

Tuesday- Rest.  Yeah, there was no way I was running a 4th day in a row.  Rest was awesome.   Plus work is always insane the day after a 3 day weekend so it was nice being able to just go home and crash.  I think I did something else but I can’t remember.

Wednesday-2.3 miles.  My legs still felt wonky.  Seriously one 20 miler less than 2 weeks ago and I’m broken for days.   I did 2 laps of the lake and called it.  They were a slow, crawling 2 laps but that’s better than no miles right?

Thursday- 3.75 miles.  Uh oh, 2 days in a row again?  However, this was the day that finally felt more normal.   I kept it short and sweet though as I didn’t want to push it.  Not only is the marathon super close but I had a half marathon on Saturday.  But I really wanted to try out my new shorts.

Friday- Rest.   My boss is on vacation so it was an open to close kind of day.  I did manage to sneak away for 10 minutes and grab my packet for Saturday’s race.    And a Diet Coke because by that time I needed one.  😛

Saturday- 13.1 miles.  Rock’n Around the Pier Half.   My hope was to run the race in the morning and do another 7 in the evening to complete a disjointed 20.   Yeah, that didn’t happen.  The race was rough and I had some problems, but more on that next post.    I did however get in a few miles of walking around SLO with some post race shopping.

Sunday- Rest.  Unless miles of walking around Santa Barbara shopping count as exercise.  😛   My mom, S and I headed to Santa Barbara for a day of birthday shopping, S has hers on Monday and mine is Tuesday.  It was fun but it made me realize how much I prefer SLO.  However I am jealous they have a PizzaRev, that place was awesome.  It was a long and tiring day and my legs/feet were fried by the end.    By the time I was home I was too tired to even finish this post in time for it go up on Monday.   On the upshot- I may have found my marathon outfit.  Priorities right?

Overall, it was a good running week, I was just exhausted.   I know that time frame wise I am at the point in training that I should be exhausted but I don’t feel like I’ve really trained enough for that.  Life has been a little crazy for a few months as well but it doesn’t usually affect me like this.    Maybe my upcoming birthday is just making me moody?  That’s a thing right?

Going forward, this week would start a traditional taper period for the marathon.  However I feel like the past few months have been a taper.  So we will see.  I know I still need to figure out water.   My handheld is not enough and my pack is crap.  Hey I rhymed!    Non running life- I have 2 vacation days!!  Happy dance, happy dance.  😃😃  I have nothing planned- it sounds awesome.

How as your weekend?

When was you last vacation? What did you do?