This will be a quick recap.   This week shaped up a little fluffier than planned.   Not a lot of exercise but eating like I ran a marathon.  Or 2.   Oddly, I was fine during race weekend and even Disneyland.  It wasn’t until Tuesday that I went off the rails.  A post race week combined with hormones = #eatallthethings.

Monday- Disneyland!!  According to my Up band, we walked around 7 miles that day.  Not too bad.   My legs held up pretty well, I didn’t really feel sore from Surf City but there were moments my mother left me in the dust.  Mostly going up, walking up to Super Hero HQ was a little rough.😁

Tuesday- Rest My chest was hurting pretty badly on Tuesday.  I had the day off and thought about riding the bike or going for a short run but decided to pass on it.  Instead I caught up on all the laundry from the weekend and worked on some computer issues that I had been having.   The computer is fixed but I want to throw my printer out the window.


Wednesday- Rest  Back at work and I had a meeting a few towns south in the morning.  I kind of feel like I spent the day driving all over the county, so it was a planned rest day.   Plus my chest was still sore.

Thursday- 12 miles stationary   I had packed my running gear and was looking to try for a short run after work.   I still felt a little bruised but nothing like the past few days.    However a dense marine layer rolled in around closing time so I took it as as a sign to not push my lungs.   I headed home for the bike instead.

Saturday- Shoes!  With spring races on the horizon and big plans for the summer, I need to figure out my shoe situation.   While my Pure Flow’s aren’t making me bleed anymore, they are not making my feet happy either.   My left foot in particular.    With that in mind, I headed down to SLO for a little bit of shopping and ended up at the Running Warehouse.     Uh oh.   It was busy but someone was able to help me fairly quickly.  I’m horrible because I don’t remember his name!  After explaining all the issues I had been having lately, he brought out 3 pairs of shoes for me to try- New Balance Vazee Pace, Saucony Kinvara 6 and the Pure Flow 5’s.

The New Balance felt great when I was sitting but horrible once I stood up and walked around.   The Kinvara’s were super snug.   I didn’t want to go up a size because I regret it every time I do.  The newer Pure Flow’s were odd.  They are firmer than they used to be.  I didn’t feel any pinching in the heel and the arch support felt ok but the tongue was ridiculous!  It’s harder now so it felt like a piece of plastic digging into my ankle.  What is with that?!   Based on what I liked and didn’t like, he then brought out a pair of Brooks Launch 3’s.    They felt the best out everything but they still felt like a lot of shoe.   I’ve really liked the lower heel- toe drop of the Pure Flow 4’s and the smaller foot print of the toe box.    He then brought out a pair of Nike’s- the Free Run Distance.  Say what? 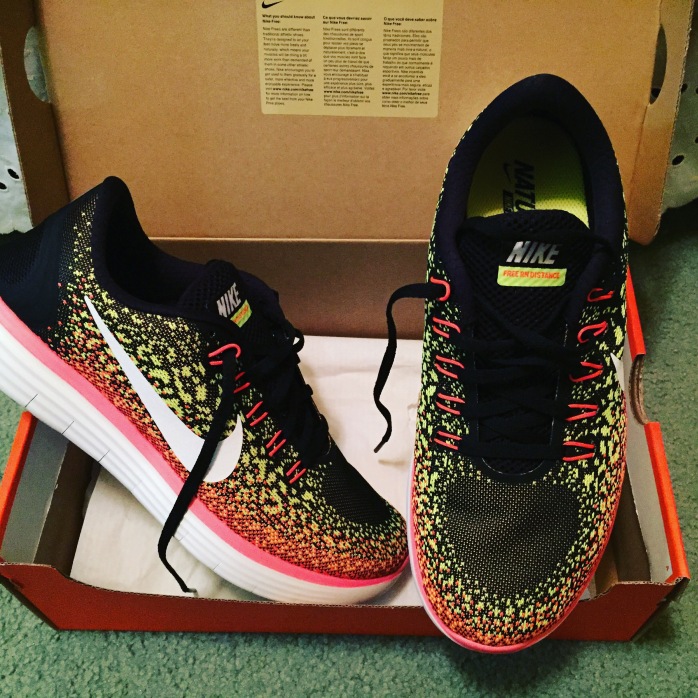 I’ve tried on numerous pairs of Nike’s over the years and hated every single one.  Which is odd since all my tennis shoes were Nike’s.   I was predisposed to hate this pair, then I put it on.   Holy crap, it felt like a slipper.   Snug but not tight and with a 4mm drop.   Now, it felt great in the store but running could be a different story.  But it was the best fit and I ended up leaving with my first pair of Nike running shoes.

Oh and I had dvr’ed the marathon trials and watched them that night.  How awesome was that?  Shalane and Amy were amazing and the perfect example of #runningrelationshipgoals. 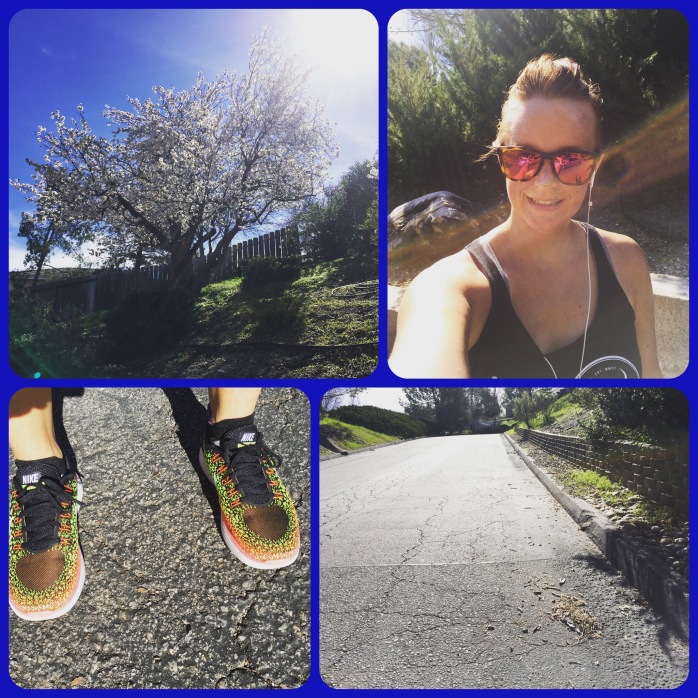 Sunday- 6 miles  First run in a week and it was rough.   I was hoping that all the extra rest would have helped my lungs but not so much.     My training plan called for a 90 minute progression run but I had mentally changed that to an easy 8 since I wasn’t feeling great since the race and hadn’t run.   I started out the run in my new shoes but knew I might end up looping back to the house if they didn’t work.  Usually I try to break in my shoes with 3-4 mile runs.  My warm up walk was a little longer than usual and felt pretty good but running was hard.  I was huffing and puffing a mile in.   I wasn’t wheezing, it just felt like it was harder to get in a decent amount of air.  I ran slowly and took regular walk breaks.  I called it at 6, I didn’t have another 2 in me today.   The shoes felt pretty good.  I started the run with some soreness and twinging in my left knee but that’s been there since Thursday.  It actually got better by the end of the run.    They held up well today but I am cautious to see how they do once I run in them more.

So this week ended up being on the lazier side of recovery with only 2 workouts.   But I am ok with that as I needed a wake up call to make me go to the doctor and Surf City was that call.  My appointment is Monday and I am really hoping that it is something that can fixed fairly quickly.   Fingers crossed!  I am trying not to plan to far ahead into next week until I hear what he has to say.

Ever had to change your mind about a brand of shoes?

Did you watch the trials?

← Slacker does Disney
The Jury’s Still Out →