I just had to look up what week I was in, it’s all starting to blur.  😛

The head games have multiplied…the race is so close and unfortunately my last few weeks of running have not been confidence building.   More like the exact opposite.    I felt pretty damn good after my 20 miler a few weeks ago.  I haven’t since.  I’m trying to tell myself that it’s all part of training but I hurt and I am tired and I just… I don’t know.

Monday- Rest.  I had a few vacation days from work and it was so nice to have no alarm to set.   I really wanted to sleep in but I woke up a little before 8.  Grr.  However, I must have slept soundly- I woke up with a dead arm.  Guess I hadn’t moved from the first position I fell asleep in. 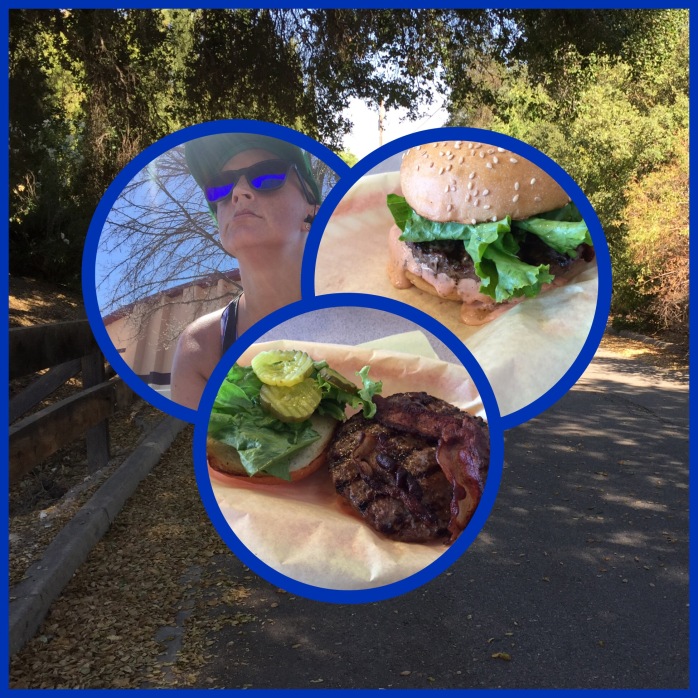 Tuesday- 7.12 miles.  Birthday miles!!!  Another day off too.  I was torn what to run today.  I know some people like to run their birthday but let’s be real, there was no way I was running 35 miles or kilometers.  35 minutes seemed too short and 3.5  miles seemed like a cop out.  So instead I ran the day.  It slow and hot but it was fun.  I ran to the high school where my mother was having tennis practice.  I then dragged her along to a local burger place to get my free burger!!! The little things excite me.

Wednesday- Rest.  Back to work.  They bought me donuts!

Thursday- 3.75 miles.  Talk about slow!  I think all the over indulging of the past few days caught up with me, I did not feel well.   Plus, I decided that until the marathon, I should probably wear flats.  I forgot how sore that would make me.  Ouch!

Friday- Rest.   I still felt off, I think I found my sugar intake limit.  Rough.  A new toy came in the mail though.

Saturday- Rest.  Sensing a pattern here?  After feeling poorly for 2 days, I chose sleep over running.   After a few errands, I just had a low key evening.  Plus, I was sucked into streaming Stranger Things on Netflix.  So good. 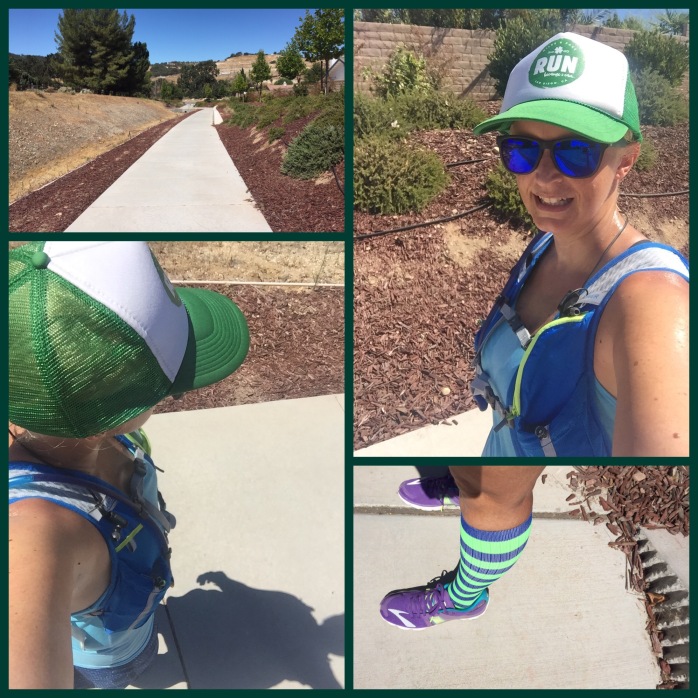 Sunday- 13.1 miles.  Dress rehearsal.   My last long run of training.  Plan ( what plan) called for 12, I wanted 16.  Yes, I know that’s stupid.  I was also testing a few things out this run.   When I was shopping in Santa Barbara last weekend, I picked up a new Lululemon skirt for race day.  I also recently ordered a new hydration vest as well.   I’ve never been a huge fan of them but I need to be able to carry more water than just my handheld.  So this long run was a test of all that.

Good lord, it was rough.  It took my legs 4.5 miles to warm up.  My lungs wanted no part in running.  I probably should have tested the hose on the hydration pack before running.  I choked twice.   My new skirt rode up in very uncomfortable ways and yet also migrated down.  That shouldn’t be possible?!   I just kept moving forward.  I hit 13.1 and called it for the day.   Called my mom for a pick up as I was 4 miles from home and went for Chipotle.   I really need to stop eating when I’m stressed.

24 miles for the week.  Bring on taper.  Even though part of me is excited for no long run next week, I feel like I haven’t done enough to prepare.   The voices in my head are getting louder.   But, this is the best week to quiet them.  It’s fair time!!!!!   It’s time for my yearly indulgence in a funnel cake.  Hopefully, I’ve detoxed enough from birthday cake/ donuts to enjoy it.   I look forward to a funnel cake and pretzel all year long until fair time.    😛

So here’s to week 17- another week in flats, even fewer miles and a funnel cake at the end.

How was your week?  Do anything fun?

Do you have a dress rehearsal run?

← 2016 Rock’n Around the Pier Half Recap
Ultima Replenisher Review →

That was humbling.
First run in a week.
Rest day vibes.
When things get loud, drown it out.
Not sure what was more alarming, the bandaid malfunction (again) or that I wore shorts!😂
Is it great? No. But considering I had stitches in different places for half the month, I’ll take it.