But, first things first- I hope everyone had a good Thanksgiving!

Ok, back to the boo, maybe boo boo would be more accurate.   Grrr.  Remember how the week leading up to Las Vegas was spent mostly resting due some leg pain after a long run.  However Vegas was mostly fine and I had 2 good runs the week after.  Followed by a not good one.  Then last week happened.

You know that feeling when you’re wearing form fitting clothing but have a band-aid on and that band-aid starts to come loose?  Kind of like it’s not quite flapping around but definitely is not right either.

That’s how my left leg felt on Monday during my run.  Thing was, I wasn’t wearing a band-aid.  So what the hell was I feeling?!!  That’s not normal!  I have a pretty high pain tolerance but Monday’s run attempt pretty much resulted in me slamming on the brakes for the rest of week.   But my leg kept hurting.    Grrr.  There are words I refuse to use that kind of rhyme with best tractor.  😒

So what did I do?

Monday- 2 miles A slow, painful crawl in the dark.

Tuesday– Of course just as I decide I need to take some time off, super pretty new shoes arrive.  I forgot I ordered these after getting home from Las Vegas last week. 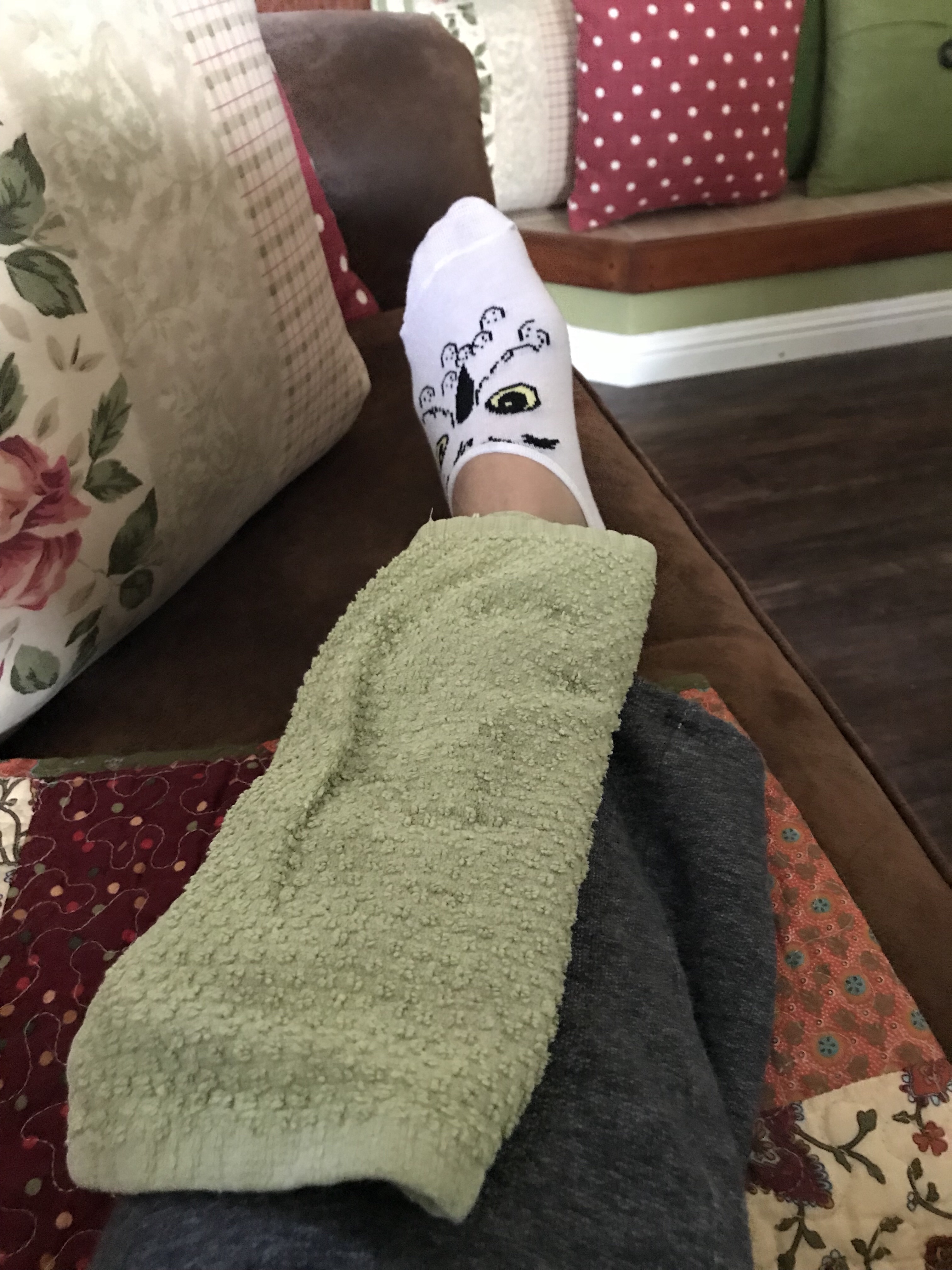 Thursday–I vicariously enjoyed everyone else’s Turkey Trot’s while I iced my leg from the couch.

Friday– Does putting up the work Christmas decorations count as a workout?

Sunday- 8 miles on the bike.  I really wanted to run but I can still feel oddness in my leg so I talked myself into being smart.  I was tired of being a lazy lump though so I decided to test the leg on the bike.  I tried to keep a steady pace and not push things.  If I felt even a twinge I backed off.

So yeah, that was a crappy week.  As for the week to come.  I packed my gym bag and as of right now, we’ll just see what happens.  Fingers crossed!

In other news, I have already watched so many cheesy Christmas movies thanks to the Hallmark/ Lifetime channels.   My DVR is getting the workout that I am missing.  😛

Did you run a Turkey Trot?

For some reason, I thought it would be a good idea to start an abbreviated training plan last week.    I had the previous 2 weeks  off, what could go wrong?    Oh, and last week was my first week re-attempting Atkins.   This time on no soda.    Weee!

Monday was a given rest day.  I packed my running gear but I knew it wasn’t really going to happen.    First day back at work and I slept horribly the night before.  According to my UP, I slept for a measly 4 hours.  Woo hoo.     I knew the day was going to be busy just catching up on things.    I only had a couple hundred emails- double yay.  😏

Tuesday was odd as I had an appointment with an allergist/ immunologist to see if they had any ideas about my stupid stomach.    Then it was off to work for a few hours before taking a partial half day.   Half day after vacation?  I was working Saturday but I still felt guilty taking a half day that close to vacation.  That said, I didn’t fight it too hard.   I changed and bolted out the door.  I made it to the river path in home town with only enough time for a short run.    I managed to squeeze in 4 really solid miles before it was too dark.  Mile 4 saw an 8:45.  Hello!  Where is more of that?   Actually it was a pretty sweet progression-13:08, 10:24, 9:38, 8:45.   Plus I finished in time for this view-

Wednesday, Thursday, Friday– Migraine city.  I was supposed to meet A at the gym on Wednesday but I was having troubles walking.  I felt so bad when I texted her to cancel.  My boss tried to send me home but not only did I feel guilty again I didn’t think I could drive home.    It eased up enough by closing time and I drove home.  I’d planned on saving my indulgent meal of pizza for the weekend but I ended up eating it that night.  I choose to believe that it helped a bit.  Thursday, my head still hurt and I barely ate.   I zoned out in front of the tv watching Christmas movies that evening.

Saturday– work and Vine St Showcase.  I had hoped to squeeze in a run but my stomach had other plans.  That said, this was also the first time I’ve hit my step goal without running since I bought the UP.  Little victories right?   Plus- Christmas lights!! 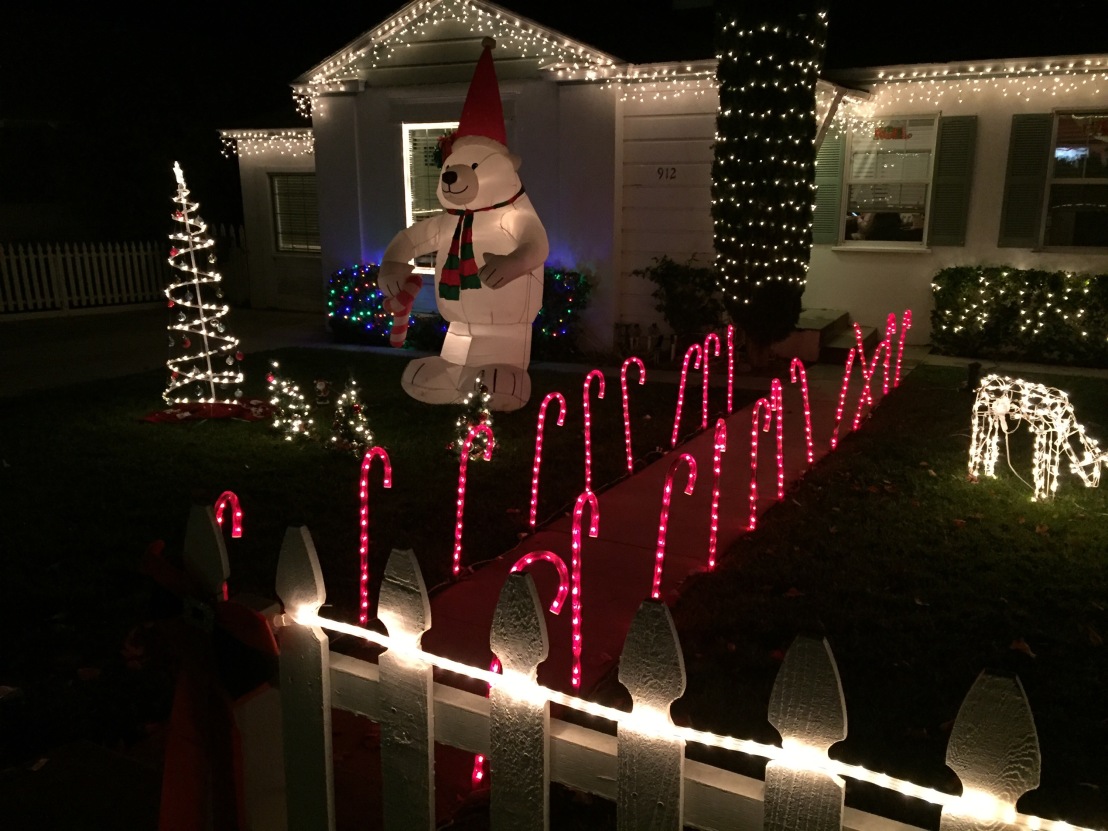 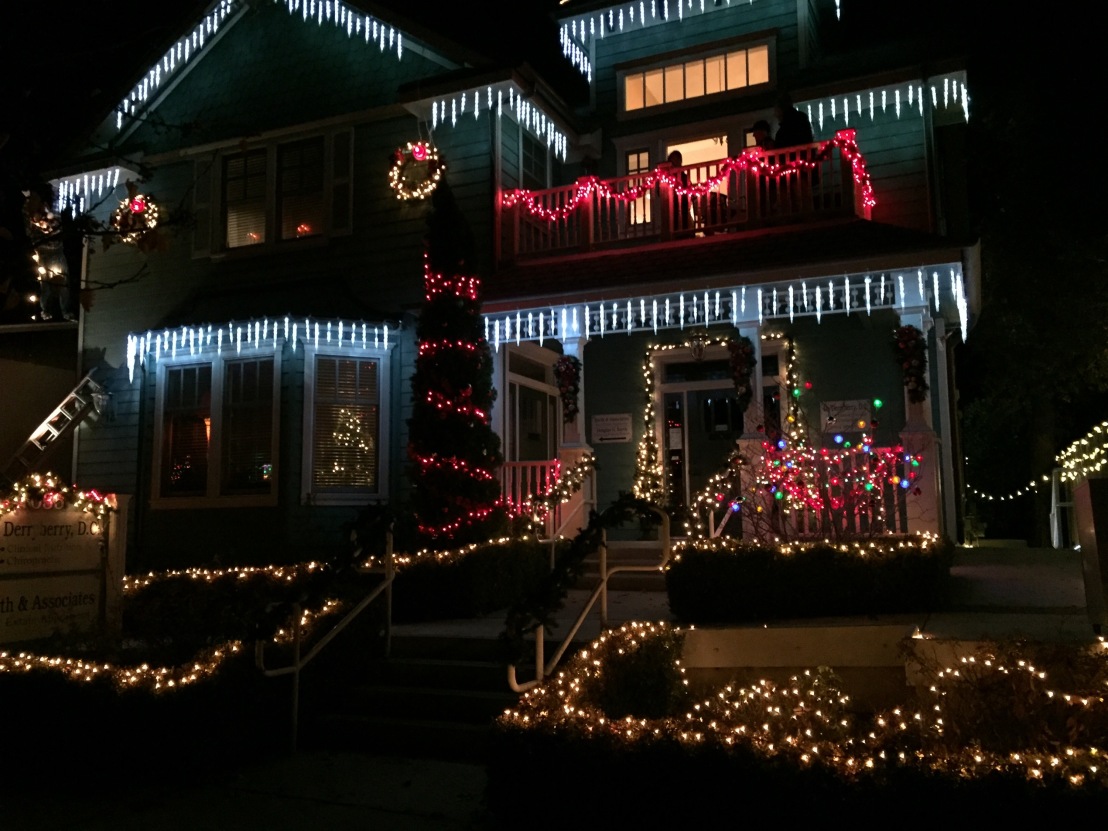 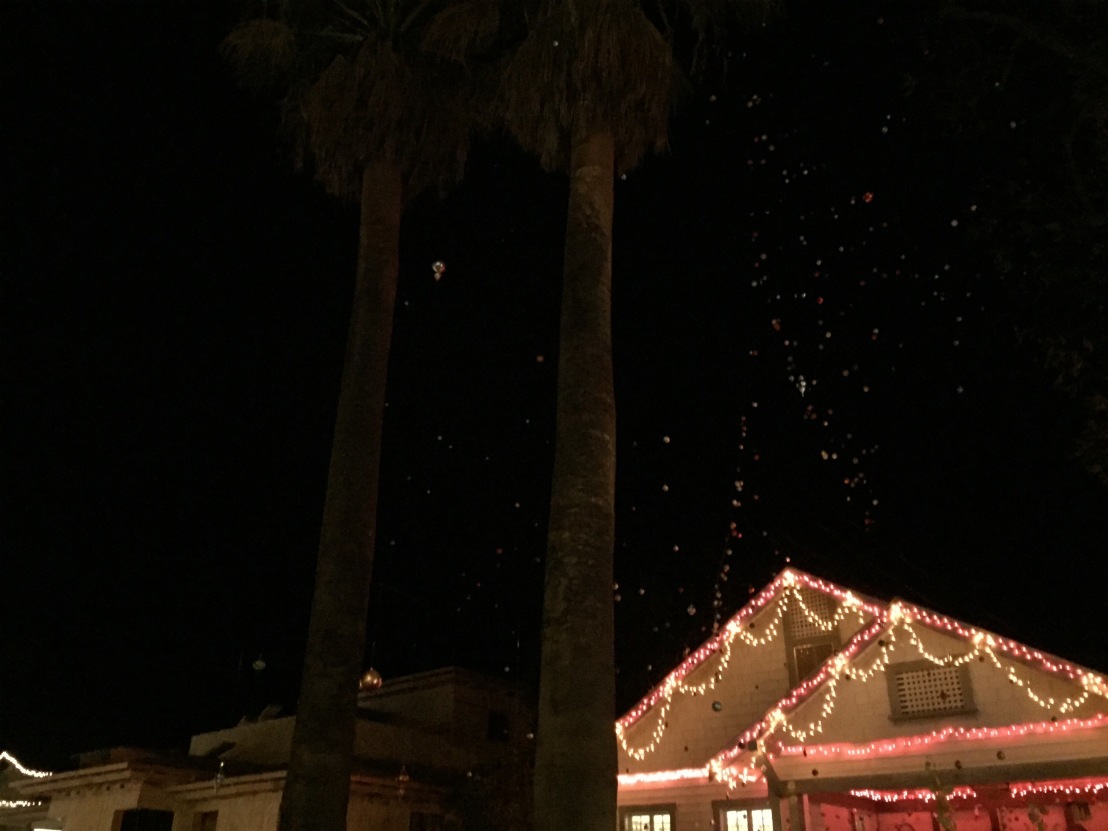 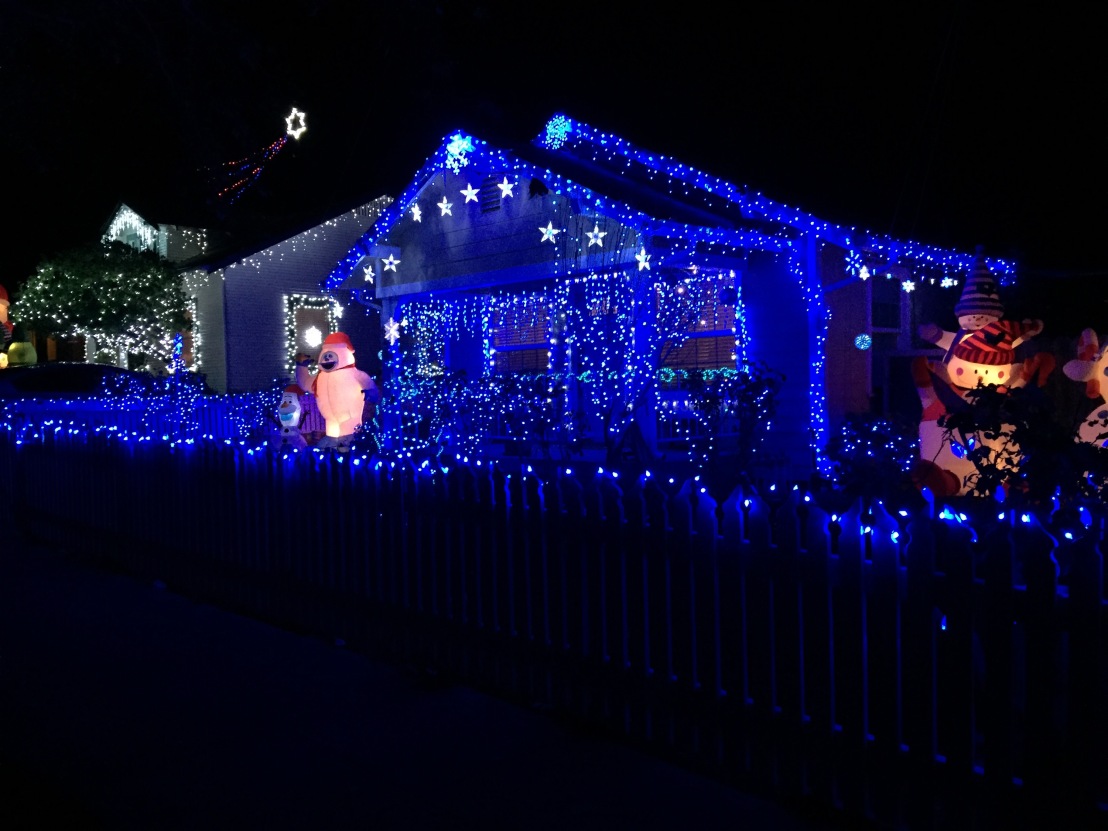 Sunday–  I’ve been in a Christmas funk and having serious troubles with gift ideas.   Unfortunately no one else in my family is a runner.   😢  I was feeling stressed.  I headed down to SLO to see what I could accomplish.  I shopped longer than planned, missed getting in a run but I feel more prepared for the holiday that is rapidly approaching.  I’m calling that a win.

So for the week ahead, I am hoping to get in a few more miles.   We also have our holiday party for work to look forward too.   The only time I ever order the Filet.  Yummm.  I’m drooling in advance.

Are you finished shopping? How is it only 11 days away?

Anyone race over the weekend?  I saw tons of Santa races online.  🎅